“She’s cutting my fucking throat!” he shouted as I walked into the room.

The man was quite an interesting sight. Tall, skinny, brown hair, blue eyes, strong jaw, hadn’t shaved in days, and the perpetual jitterers of a man truly frightened to his core. The officer who escorted me in told me his name was Travis McCurry and that he was just another run of the mill wackjob adamantly admitting to a crime which probably hasn’t taken place, at least not by Travis. However he was an interesting wackjob, the officer told me, so apparently worthy of some psychoanalysis.

“Who fucked him up?” I asked the officer as I had watched Travis through mirrored glass.

The officer, a fat, squat, bald little man in his late thirties, just chuckled, “you’ll have to ask him, Doc, ‘cause we surely didn’t believe it.”

“Wasn’t you guys?” I inquired.

“The woman I killed a year ago.”

I sat down across from Travis McCurry. He wasn’t handcuffed but he was beaten to a bloody pulp. Two black eyes, nose still dripping blood, swelling on his cheekbones, split lips, top and bottom, his neck looked as if someone had already cut it, deeply, but it had already begun healing and was knitting together cleanly. Additionally, he had two large patches of dried blood on his shirt, one on each pectoral. He sat uncomfortably in a graywhite chair in a graywhite room with a graywhite table. A pale florescent light flickered on the ceiling and glimmered just slightly on the mirrored glass behind which the officers watched us.

He looked exapersated and utterly exhausted. “You’re the third cop I’ve told this too! Is this a joke to you?”

“I’m not a police officer, Travis,” I replied, paused, then quickly added, “is it ok to call you Travis?”

He took a deep breath and leaned back in the wooden chair, “its fine….but if you’re not a cop what are you?”

I introduced myself as a clinical psychiatrist that the police employ from time to time to sus out various confusing situations and talk to people in certain predicaments where police are inadequate.

Travis stared at me for a moment, then stood up and, in dramatic fashion, took off his bloody shirt and threw it on the floor.

His nipples, still bleeding, had been cleanly sliced off leaving two dark-red oozing patches on his chest.

“Sus that out…they literally rotted off me, before my very eyes, decayed and turned to dust over just a few months….the doctors couldn’t explain it, and once it got this bad they tell me there’s no way a sharp instrument hadn’t done this….they thought I did it to myself! Tried to commit me! And look at my fucking throat, man! I’m days away, hours, minutes maybe! ”

I took a deep breath in an effort to retain my composure.

“….do you wanna tell me what happened?…”

“Yes, but they don’t believe you…try me.”

“Look, that’s what happens next, after the nipples, I swear, she’s gonna cut my throat!”

Hysterics were setting in. I instruct him to take a deep breath and he does.

He was calming down, tired now, having exerted himself.

“Tell me what happened, Travis.”

He exhaled, sighing audibility to demonstrate his displeasure, gathered his thoughts and began.

“The night I buried her I started to feel it…gentle at first, just a light stinging on my ass cheeks, then, over the next few weeks it got more and more intense, a slapping, like someone was smacking my ass. Within a month or so the red ass graduated to these…inexplicable…bumps and bruises…”

He pointed to large, severe and obviously fresh scrapes and bruises all over his torso and face.

“…these have been here for six months.” he looked me sternly in the eye, “and they fucking hurt, worse every day.”

“Then my nipples….a burning at first, like a paper cut, then it started to feel like someone was slicing them off…I went to the doctor, stitches, cauterizations, referral after referral…”

“No results?” I ask calmly, to break the silence.

“No,” he replied after a moment. “It just kept getting worse, my face has looked like this for months… months! It looks like I got my ass kicked yesterday but I haven’t gotten my ass kicked in years, not like this anyway…

“Then my neck started, a little sting at first, then the same feeling I had in my nipples: a slow deliberate slicing that gets worse every minute, every second of everyday, deeper and deeper into my throat…and you don’t believe a word of it…”

I leaned across the table slowly and made eye contact.

“I believe that you believe it, Travis.”

“But?” he returned eye contact in a confrontational manner.

I choose my words carefully, “…but…I think it would be quite difficult for a dead woman to do this to you…”

He stayed silent, looking down at his lap, eyes welling with tears.

“What do you want us to do, Travis? How can we protect you?”

He looked up, “I don’t know, I feel like this will stop if I confess and…I don’t know, am punished, if justice is served or something… maybe if I tell what I did to her it won’t happen to me…I don’t know! It’s a year now and I’m out of options…”

Long gone now was the man yelling at me just a few minutes ago. Now he had broken down, looking beaten and without hope. At that moment nothing remained of his spirit…I pitied him, pitied him more than I have pitied any man in a very long time.

I stood up and placed my hand comfortingly on Travis’ shoulder. “Tell me her name.”

“Algea….Algea Reid, I still have her school I.D, I tried to show them but…..why do you ask?”

“Well,” I explained, “I’m going to ask the police to search her name up, and if your story about killing her checks out, and she’s missing or had been found dead then you’ll get to make your confession, I’ll talk to the police, you have my word.”

He said nothing but I noticed a very faint glimmer of hope in his bloodshot eyes.

I patted him on the shoulder once more and exited.

“Already on it,” one officer replied.

I poured myself a steaming cup of coffee, black with just a bit of sugar.

“What had he done to that girl?” I wondered aloud.

I had recognized no guilt in his eyes, only fear, only self-preservation. It was an intense fear, a bone rattling fear, the fear of a man facing the abyss of death…but a fear not based on guilt.

Only someone who feels guilty would self-mulatate in his position, he doesn’t qualify, screams a voice in my head

“Got her!” I heard an officer shout victoriously behind me, startling me.

I sip my coffee and turn around to hear.

“I guess Mr. Crazy’s story sorta checks out,” he began to read from the printout, “Algea Reid…white, female 21, attending Huntington Nursing school, goes missing from her birthday party on January 28th…hell!….exactly one year ago today!”

“…goes to bar “the Nite Owl” with friends celebrating her 21st birthday, leaves with older man in mid thirties, described as tall, well dressed and handsome by her friends…who apparently recognised little else through their vodka goggles…”

There was a brief pause, then the officer looked up from the printout with a perplexed expression, “I don’t know, Sergeant Baxter, should I get a statement from him?”

“A bit late for that,” I say cutting off Sergeant Baxter’s reply as I look through the mirrored glass.

The officers crowd around me to see the brutal site.

Travis McCurry’s throat had been cut, deeply, and he had bled to death, likely in a matter of minutes, on a cold concrete floor, bruised and battered, in a pool of his own blood…alone in the room…

Hello! My name is Tyler R. Martin. I’m a 22 year old U.S Army veteran of the Iraq conflict and am now a full time writer/poet. I run a poetry blog called Bourbon, Cigarettes and Syllables at bourboncigarettesandsyllables.com. Please enjoy my submissions and thank you in advance for taking the time to read my work! 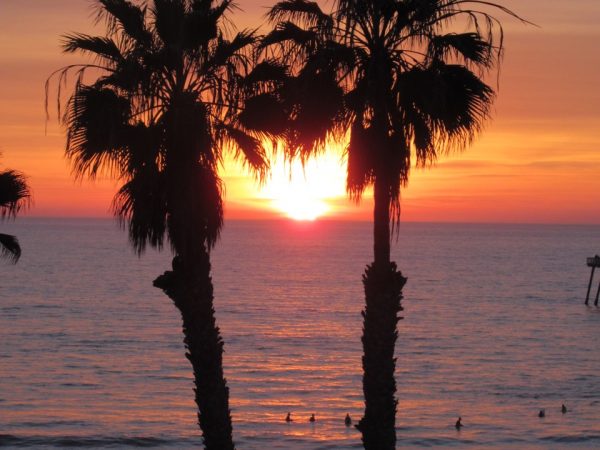 Haunted MTL Original – The Eyes Have It – Victory Witherkeigh

Escape from Bug Island • Or, How I Learned to Stop Worrying and Love Complete Trash