What happens when a shy teenage girl gets stabbed with an ancient ceremonial dagger by a middle-aged serial killer? Hijinks, of course!

Also intimidating a teenage boy into pissing himself. Also, ALSO making out with a different teenage boy. Also, ALSO, ALSO, your mom hitting on you.

Teenage Millie (Kathryn Newton) is a shy wallflower yet to blossom. When not writing poetry to hot-but-kind jocks or getting in trouble in shop class for not being assertive enough, she spends her time missing her deceased father and hanging out with her two BFFs (Celeste O’Connor and Misha Osherovich).

Ever unlucky, her drunken mother forgets to pick her up one night after the school game. Even worse, she becomes hunted by The Blissfield Butcher, a mysterious serial killer who looks a lot like a strung-out Vince Vaughn (Vince Vaughn).

In a flash, as the Butcher stabs her with an ancient dagger he swiped from another victim’s home, something magical happens. Ancient Aztec magic! She has switched bodies with her would-be killer! What a bummer.

Now she must convince her BFFs her true identity and switch back before it’s too late or she’ll be stuck forever looking like the guy who played a shitty Norman Bates. The stakes have never been higher…

I was very excited to watch this. Like “paying $20 for a one-time rental” kind of excited. I adore Happy Death Day (also directed by Christopher Landon) and the premise itself is so deliciously fun that I couldn’t help but get excited to see this.

The visuals of Freaky are bright and poppy, and the cinematography was clear and easy to follow (some of these films get too shaky). The score was terrific (Bear McCreary). There was a lot of energy from the cast, and even Vince Vaughn seemed like he was having a good time (however, no one does “teenage girl” like Jack Black in Jumanji). The kills, while fewer than I expected, were enjoyable and bloody.

But that writing…and that ending…Yeah.

In Happy Death Day, what I enjoyed so much about the film is that it took something superficial and imbued it with meaning. Tree (main character) was a trope-y stereotypical sorority bitch. She was the typical girl to be slaughtered first in any slasher.

But as the story progressed, we began to see her true self, as she did as well. She grew. She changed. They spun the trope around and suddenly she was someone with depth and sincerity, and someone the audience then cared about. She wasn’t a superficial bitch, but a substantial heroine, and we got to slowly see that as the story was built.

Unfortunately, Freaky is the opposite. It took something substantial (body and gender issues) and made it superficial. Maybe this happened because it was a “fun” movie. Or maybe the star power lessened it. Or maybe it got lost in re-writes or by direction. Whatever the case, the impact was lacking. The end felt rushed and sloppy. The character of Millie…changed, I guess? But for a movie centered on a female narrative and what it means to have control and advocacy to one’s own body (literally), the message was muddled and fell flat.

Okay, let’s unpack this quickly because I have a lot to say and so little time and energy to say it: the BFFs. Oof.

The gay character (Joshua, played by fellow non-binary actor and activist Misha Osherovich) has the most cringey and shoe-horned closeted-jock-wants-the-openly-gay-kid subplot that very literally lasts one minute. The supporting Black character (Nyla, played by the underutilized Celeste O’Connor) gets to do a little more action-wise, but has the identity of “cheering up shy, but gorgeous white friend into believing in herself”.

And since these two characters are played up in the trailer, I’m going to call it out – sloppy writing. These are the standard BFFs we’ve seen in early 2000’s WB as the “diverse characters” card. It worked then, but it shouldn’t work now that it’s 20 years later and there’s little growth or movement.

I honestly was angry at the “blink-and-you’ll-miss-it” LGBTQ jock subplot (if it can even be called a subplot) since it was a slap in the face as a outdated, gross, and lazy trope. C’mon, man! Everything is played so saccharine safe. No character steps out of their respected trope and I can only imagine that’s for the benefit of the mainstream audience they were hoping to bag.

And, sure, maybe I’m taking this a bit too much to heart. After all, it’s a silly billy horror-COMEDY about switching bodies. But, as it made almost three times the budget in the middle of a pandemic, it’s fair to say that it has an effect. What we create and consume is a reflection of our society, culture, expressions, and collective desires. If our current mainstream flow is at early 2000’s WB levels, maybe there’s still an issue of how to create meaningful and diverse characters.

I’m not saying you have to go hard with the message like the heavy-handed 2019’s Black Christmas, but there’s room for relatable and engaging characters in horror, even horror-COMEDY. As an example, even though it was more bitter satire and higher emotional stakes, Bex (Hari Nef) in Assassination Nation definitely was a clear and concise character while also being the LGBTQ BFF. You can have it both ways, it just takes some creative writing and understanding.

It’s a fun and cute movie. You’re mom will probably like it. She’ll probably buy the soundtrack so she can listen to the remix of No Doubt’s “Just a Girl”. And that’s okay… 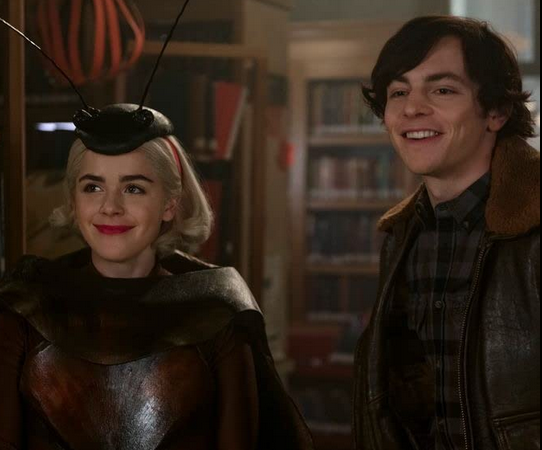 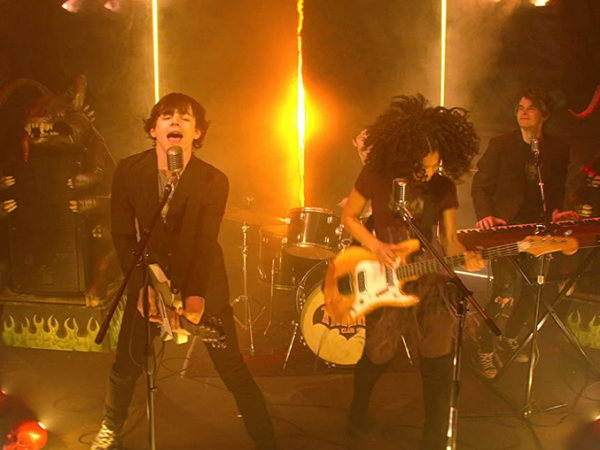 Sabrina Episode Six. In which there was a dog and lots of other dead people 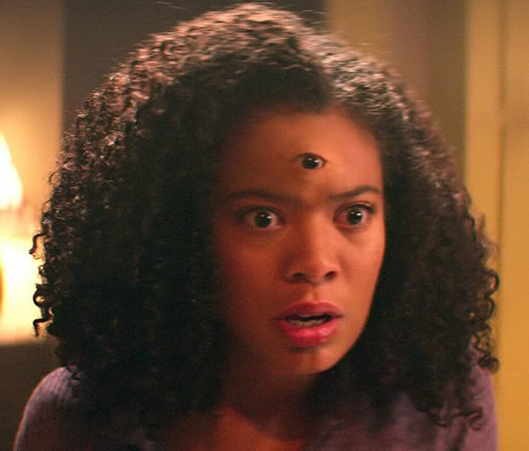 Sabrina and the Weird

@kinky_horror Love your eye make up here. The pattern at the bottom and the little touch of red below really sets o… https://t.co/vBGcbhIbl2
8 hours ago