Top o’ the mornin’ to ye, lads and lassies! Another Saint Patrick’s Day weekend is nigh upon us and it’s nearly time to celebrate. It’s a time for cheer, for shamrocks and green beer; to kiss the sacred blarney. To hang on to your pot o’ gold and stay away from pixies. So strap on your shillelagh and let’s fire up the VCR – for tonight, we watch an Irish ditty. That’s right, me boys and ghouls, tonight we hunt a Leprechaun (1993).

Leprechaun was produced by Trimark Pictures and was the first of only a handful of films to be directed by Mark Jones. The cast includes Robert Hy Goldman, Mark Holton, Ken Olandt, and stars Warwick Davis as the titular Leprechaun character. But wait, that’s not all. It is also noteworthy to mention that this was Jennifer Aniston’s first credited role on film. Yes, that’s right – the Jennifer Aniston. Although she had appeared on the big screen before Leprechaun, it was only as an unnamed extra in the movie Mac and Me (1988), which came out five years prior. Leprechaun would also mark Aniston’s sole venture into the horror genre before she started to appear almost exclusively in romantic comedies. Upon viewing the film, it is easy to see why horror had likely left a bad taste in her mouth.

Of Mice and Little Green Men

The plot of Leprechaun is just as ludicrous as one would expect it to be. I mean, it is a film based entirely around an old Irish folk fairie. Given the absurd nature of the concept, it was obviously never destined to be the next Lawrence of Arabia (1962) anyway. When considering the stereotypical image of the leprechaun, as presented within the frame of popular culture, it is probably one of the least threatening foes that one could possibly imagine. So, needless to say, Trimark had their work cut out for them straight from the get-go. Despite this, Leprechaun has become a cult favorite, spawning a devoted following and several sequels – each one increasingly more asinine than the last.

Leprechaun is, at its heart, a slasher flick. It follows the basic formula to fit the archetype perfectly. There is a group of people, trapped in an isolated setting. Through an unfortunate series of events, they evoke the wrath of a supernatural killer. They are then subsequently hacked to pieces in a systematic death march that only ends once the boogeyman is finally defeated. In the case of Leprechaun, the main catalyst of the story comes in the form of a pot of gold – because of course, it does. Now, if there is one thing to know about leprechauns, it’s that you should never, ever steal their gold. I know – not exactly common knowledge, but it’s still a lesson that the protagonists of the film end up having to learn the hard way. For those who survive, it is also a lesson that they will not soon forget.

The Rocky Road to Troublin’

Leprechaun is a perfect example of what can happen when a bad film takes itself too seriously. Although later installments in the franchise pick up on this cue, emphasizing a comedic tone to compliment the horror, the first one had apparently missed the memo. With a weak story, bad puns, and even worse acting, Leprechaun proves once and for all that luck isn’t always on the side of the Irish.

That being said, the movie isn’t all bad. Warwick Davis is demonically delicious in the role of the Leprechaun. In fact, he practically carries the entire film on his little green shoulders. The makeup and character design for the movie’s iconic villain is also quite unique and there are a few genuinely creepy moments in the film.

This isn’t enough to save it, though. While there are some marshmallow bits in Leprechaun, the box is still mostly comprised of tasteless, puffed wheat. I give the movie 2 out of 5 Cthulhus. It’s the exact kind of thing that makes you glad St. Patty’s Day only comes but once a year. 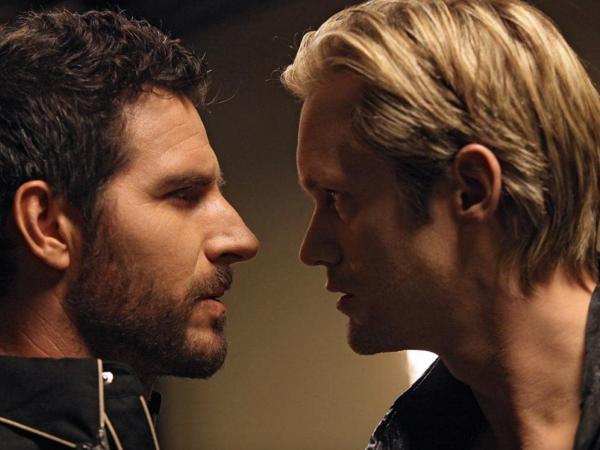 Dexter’s making healthy (for him) decisions

Ouija House – yeah, I’ve got nothing