One of my favorite games from my childhood was the Lucasarts and Konami monster game Zombies Ate My Neighbors and I was eager to review the new release. I was also anticipating getting in some time with the sequel, Ghoul Patrol, which I only had a minimal amount of playtime with when it was first released. I even wrote a brief tip article about the game as part of my hype to return to a classic.

What a difference getting my hands on the actual product makes, however. While still delivering some of the nostalgic thrills, some questionable decisions also reduce the overall enjoyment of the collection.

The package consists of emulated versions of Zombies Ate My Neighbors (1993) and pseudo-sequel Ghoul Patrol (1994). Both games are classified as run-and-guns, where gameplay revolves around resource management of two types: victims and ammo. Both games require players to make their way through levels by rescuing several victims based on the remaining total. That means that as you lose victims the pool of rescues become smaller, and if monsters claim all victims, the game is over. The second resource across both games is ammunition, as you need to keep up your supply of monster-slaying tools across increasingly dangerous combinations of horror tropes.

And what tropes there are. Consider the series the greatest hits of B-horror monster goodness that delivers everything from vampires to mummies to giant ants and pod people. Ghoul Patrol mixes up the monsters by going on a sort of world tour, showcasing terrors from around the world across several stages.

While both games share similar player characters and gameplay, they vary in style, specifically in graphics and mood, mainly because Ghoul Patrol was initially developed as a separate project in the same engine but later adopted as a follow-up to Zombies. Ultimately, however, most players will find Zombies to be the stronger of the pair, from graphics to gameplay to music as Ghoul Patrol is a bit too serious of a departure – and a shorter one at that.

Despite this, there is a ton of value to be had in this collection, and around $15 is worth the buy – be aware of some issues, especially if you are a long-time fan.

Overall, both games in the package are enjoyable and provide a rare bit of challenge. For gamers who want to push themselves, ZAMN can be particularly punishing, but that is part of the fun. Later levels, in particular, consist of intense monster mashups such as chainsaw-wielding slashers and ax-throwing killer dolls. Each monster has its weakness, and the gameplay can become frantic when trying to dodge monsters and cycle through to the right weapon to take them out. When you get into the game’s flow, it can be quite fun, but for some gamers, it may be a bit much.

The graphics of the game and the larger presentation are generally great across both titles. Zombies and Ghoul Patrol are generally cartoony and appealing, but Zombies is brighter and more pleasing to look at as Ghoul Patrol can be a little gloomy. Between the two games, the more iconic soundtrack, one of the best of the 16-bit era, is still Zombies Ate My Neighbors, though Ghoul Patrol is certainly no slouch, either.

But when it comes to video games, the most crucial part is the gameplay, and both games are admirable in that regard, but again, the original game of the pair, Zombies, wins the day. There is a certain chaos in that one that you do not get in Ghoul Patrol. The random spawns and patterns of the monsters of the first game prove more challenging to the more scripted and obvious movement patterns of Ghoul Patrol‘s monsters, and the variety in ZAMN can result in some rather devilish combinations of hazards. ZAMN is also the easier game to exploit, and that is to its benefit, surprisingly. It may feel easy to be overwhelmed until you take the game engine’s limitations into account and start controlling the spawns of monsters yourself.

While Zombies Ate My Neighbors and Ghoul Patrol are both challenging, they can be a little much at times. Part of the appeal of the game for many players is the difficulty. Still, for more casual audiences, the steep rise of the difficulty curve can be frustrating, especially as the game’s resource management style becomes strenuous given the presence of fewer items after the first twenty or so levels of ZAMN. A rebalanced version of the game to adjust the difficulty would be a welcome enhancement – though not exactly necessary.

The greatest challenge, especially for long-time fans of the games, is the sudden reversal of the button controls. It is especially problematic for ZAMN, where gamers’ muscle memory acts faster due to having played the game so much. In my time replaying both games, I found myself annoyed at the arbitrary change in the button layout and found myself burning through items unnecessarily. Even worse, there is no option to change the controls or adjust the button bindings. That is a fundamental feature in most games that is entirely absent in this release. It can be even worse with Ghoul Patrol and the extra functions included in that game.

Perhaps one of the oddest misfires is the packaging and presentation of the release. While there is certainly a level of care applied that suggests this is a respectful tribute to a cult classic series, there are a lot of curious and downright puzzling choices. Perhaps the most emblematic is that the art gallery features scans of the box art to the games… but marred by pen marks. It’s strange that they couldn’t find a nice, untouched copy of the box. I have a sealed Zombies Ate My Neighbors box – how does the developer let something as silly as this happen?

The most damaging part of the release is that to create a presentation over the releases, they employ a very strange partial emulation – you can’t access the game’s original title screens and menus. Instead, you must use the new release’s packaging. The opening to the original ZAMN is incredibly iconic, and its absence is felt.

While the release makes some questionable and downright frustrating changes, it still evokes the series’s fun. While Ghoul Patrol isn’t as iconic as Zombies Ate My Neighbors, having both games in one package for $15 and on the go is worth overlooking some of these tweaks.

Overall, the core, fun games are still there despite some odd packaging choices and annoying deviations from what fans might have wanted and expected from the re-release. With any luck, some post-launch patches can fix some of these issues and really let this release live up to the obsession surrounding it for the fandom.

Enjoy our game reviews? Let us know in the comments! 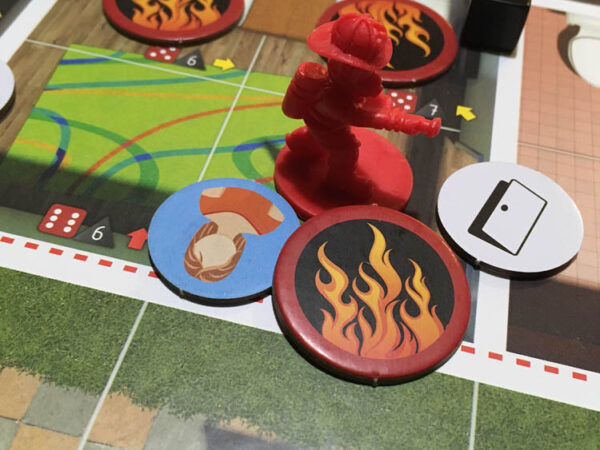