For the next few weeks, I’ll be reviewing the new Netflix series, Witcher, episode by episode. It’s all available right now if you want to binge it.

It’s important to note that this series is based on the novel and short story series of the same name by the Polish author Andrzej Sapkowski. It’s not based on the fantastic video game series. That’s also based on the book series.

Episode one starts with Geralt of Rivia, the main character, battling a kikimora in the swamp. For those of you concerned that this is a fantasy series and not a horror series, let me assure you that there’s plenty of blood and gore. And lots of monsters, in varying forms.

Geralt is accosted by two people asking him to kill the other. The Alderman Stregobor 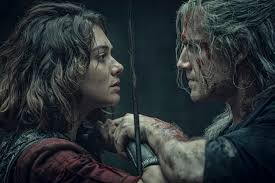 insists that a woman in the village named Renfri is a monster because she was born under a solar eclipse. When Renfri finds out that Stregobor is trying to have her killed, she asks Geralt to help her kill him instead. Geralt chooses not to pick a side. Instead, he tells both sides it’s best to live and let live.

Neither one of them listen to him, blood and mayhem follow.

While all this is going on, we’re introduced to Princess Ciri or Cirilla. She’s being raised by her grandparents until they’re brutally murdered in a horrific overthrow of their country. She finds herself on the run, alone, with the orders to find Geralt of Rivia. 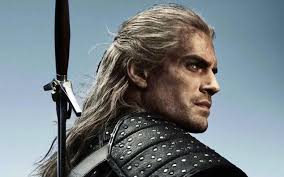 This first episode was funny, dark and fascinating. I’m taking some points off for one big issue, though. I don’t know if it was the accents, the speed at which people were talking or that everyone was talking quietly through parts of the show, but I had a had time following great huge chunks of the dialog. I found myself rewinding and listening to some parts over and over. While this didn’t kill the show for me, it was an issue.

Not one big enough to suggest not watching it, though.

Class-Conscious Horror: What about Homeless Horror?

‘Faces of Death’ – The Mythology of The Banned Film

RT @wade_wainio: Want to launch a business? Here are three reasons why WINTER PIE: 1. Even if you don't like making pie, you can't really…
13 minutes ago

RT @goth_santa: I think this is my favourite that I've done. It's still shit but hey... #FridayFeeling #ArtistOnTwitter #comic https://t.co…
13 minutes ago

Rains n Pours (or freezing rains) Thanks for the jams and the turkey, #Meatloaf https://t.co/KXn0g6Pd09
14 minutes ago