I was fortunate enough to interview Linda Gould about her beautifully eerie podcast, Kaidankai. I hope that you all enjoy getting to know her and her creepy work as much as I did.

Your recent collection is called Unpleasantville, a collection of stories from a singularly creepy town. What inspired this project?

One of the only poems I related to when in high school was Spoon River Anthology (SPA). For those who don’t know it, SPA, it is a collection of poems about life in a small town as told by the ghosts of the residents in that town. The poems were based on real people, and the anthology burst the bubble on the idea that country life was idyllic. I loved its irreverence and was captivated by the idea that ghost stories, which I always loved, could be literary, taught in high school AP English classes! For the Kaidankai, I asked listeners and contributors to pick their favorite poem and read it for me. Then, I did a special presentation of their readings for the podcast. Many people had never heard of SPA and were so happy to find it. So many people, way more than I expected, sent in their readings, and they were just awesome.
That made me wonder what a modern version would look like. Since the Kaidankai audience and contributors are all around the world, I couldn’t pick one place without excluding someone, so I made up a name and a few landmarks that anyone, anywhere could relate to and sent it out to see what would happen.

Unpleasantville is a shared world, with many writers telling their own stories. What was it like, working with so many writers in this shared space?

Well, that describes the Kaidankai podcast in general. People from Asian countries, Australia, North America and throughout Europe contribute. Sometimes, before I reject a story, I have to read it a couple of times to make sure that it isn’t just a different storytelling technique that I don’t understand or relate to. I force myself to explain to myself why a story isn’t a good fit. I’m not sure that I would take that approach if all the stories came from Western writers.

Of course, Unpleasantville is only part of your overall show, Kaidankai. What can you tell us about the show? Where did the name, Kaidankai, come from?

First, I have to tell you how much I love this podcast. The podcast started August 1st 2021 and was initially going to last only for 100 days in order to tell 100 stories. I live in Japan and in the last several centuries, people would go on pilgrimages to famous shrines during the month of August. Pilgrims from all over Japan would meet, and to pass the time, they would tell ghost stories, just like we do in the west around campfires. In Japan, they lit candles, 100, and as each ghost story was told, a candle was blown out. So, as the night progressed, as the candles were blown out one-by-one, it got darker and the stories became scarier. Imagine being in a deep forest or at a pilgrims inn inside a deep, dark forest. Imagine all the creaks, howls, screeches and mysterious sounds that surround you as the candles become fewer and fewer and how those sounds get closer and closer. It raises the hair on the back of your neck and gives you chills. And THAT was the purpose of kaidankai–to cool people off during Japan’s crazy hot and humid summers while entertaining people at the same time.

That is the basic outline of the Japanese storytelling tradition called kaidankai. Some might have heard of it as hyakumonogatarikaidankai because I think there was an anime made around it. A lot of the Japanese scary woodblock prints come from the stories told at that time, and the tradition of telling ghost stories in August holds true to this day, although in a different iteration. And the podcast was meant to be just another iteration of that. I was going to upload one podcast a day for 100 days, then start deleting them one-by-one after about a month. BUT, when it was supposed to end, people wrote me and said how much they would miss it, that they didn’t want it to end. So, I changed it to a weekly podcast. A few people asked to have their stories removed as originally planned, but most are still in the archives.

Most of your episodes are quite short, averaging from eight to twenty episodes. Was it an intentional choice to focus on such short form horror, or just a coincidence?

A little of both. Some people have sent in longer stories and, if I like them, I’ll read them on the podcast. But, I really wanted to stick with the short story format because I wanted to keep the feeling of people just sitting around a campfire or in a candlelit room telling their ghost stories. If anyone talks too long at a campfire, people get restless and tune out. And, I think if people are listening in the car or while cooking dinner, they want something that they can complete.

Your podcast has over 150 episodes. This is an impressive amount of spooky work. What can you tell us about creating that many episodes?

Well, like anything, the more you do it, the better it gets, lol. If you listen to the early episodes, they are definitely not as good as the later ones, mainly because the mic got a lot better. My readings have also improved, because a few of the earlier episodes had a professional reader, Michael Rhys, so I could learn from listening to him. Other people have read some of the stories, too (not just the Spoon River Anthology project) and it is really nice to have a diversity of voices, I think, but others have told me not to have different readers because the sound quality varies and it dilutes the branding of the show. I’m not really sure what to think of that. I mean, definitely, the sound quality varies, but unless the sound is just awful, in which case I wouldn’t upload it, I like the authenticity of it.
It’s a surprising amount of work, especially at first. You need to research the best way to do an intro and outdo (I didn’t), the best equipment to make quality sound (I didn’t) and how to promote it (I didn’t). I’m amazed when I look at how I just barreled into this with very little planning that people kept listening. But that attests to the need to have good stories, which is the most important thing.

Many horror podcasts drop off soon after creation. What’s helped you keep at this so long? I’ve been so lucky that writers from around the world have trusted me with their work. I can’t accept all the submissions, but I do read them all (like I said, sometimes more than once). At several times during the podcast, I’ve mentioned how much I love the diversity found in the stories featured on the Kaidankai, and that is 100% true. I love that there are ghost and vampire and monster stories, that some are cute and some or gruesome, that they include folktales and horror from around the world, and that they are presented as poems and prose. You never know what you will get when you tune into the Kaidankai, just like you don’t know what you will get when you sit around a campfire telling stories. For some people, maybe they don’t like that one day will be horror and the next day an atmospheric poem about a haunted forest. But I do, and the Kaidankai seems to be filling a niche for others, too. So, as long as people want to share their stories and listeners for those stories, I plan to keep it going.

My dream is to have artists listen to a story and feel inspired to create something based on that story. I’m working on a YouTube channel right now that would feature a few of my favorite stories from the archive. I hope to have it up in time for October and Halloween. It might have to have the logo run through the whole reading like most YouTube videos have, but my dream would be to have an artwork of some sort  as the visual element that relates to a particular story instead of the general logo. There are so many amazing artists in the horror/ghost/supernatural genre, just like there are so many writers. It would be great to be able to showcase a visual element to the stories, too.

Aside from your podcast, are there any other projects you’re working on?

There is White Enso, which is an online journal that features artwork of any kind that is inspired by Japan. WE’ve had quilts, poetry, photography, short stories, etc. And I’m always trying to write and finish my collection of short stories. I call myself an on-again-off-again writer because I’ll work so intensely for a few months on my writing, then will get involved in something else and not write a word for a year.

Is there anything you wish I would have asked you about, that I didn’t think to?

If there is one thing I would want people to come away with when they listen to the podcast it is the universal appeal of ghost and supernatural stories. People from all over the world write such stories, and there are similarities as well as differences in how they are told. People who have a poetic mind can write the most beautiful, atmospheric stories about ghosts or monsters, and on the other end of the spectrum is someone who writes slasher stories. But there is something in all of us that embraces the mysterious, and when you tune in to listen to the Kaidankai stories, they aren’t really going to scare you, they aren’t for the most part, horror, but they will entertain you and remind you that the mysterious can connect us no matter where we are in the world.

Where can we find you online?

This link will take you to the stories, the podcast links and how to submit.

(If you liked this post, you can check out another interview I did here.) 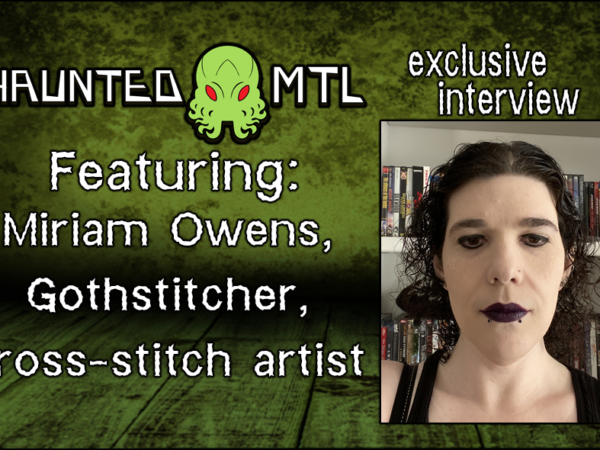 House of the Dragon – Episode 3