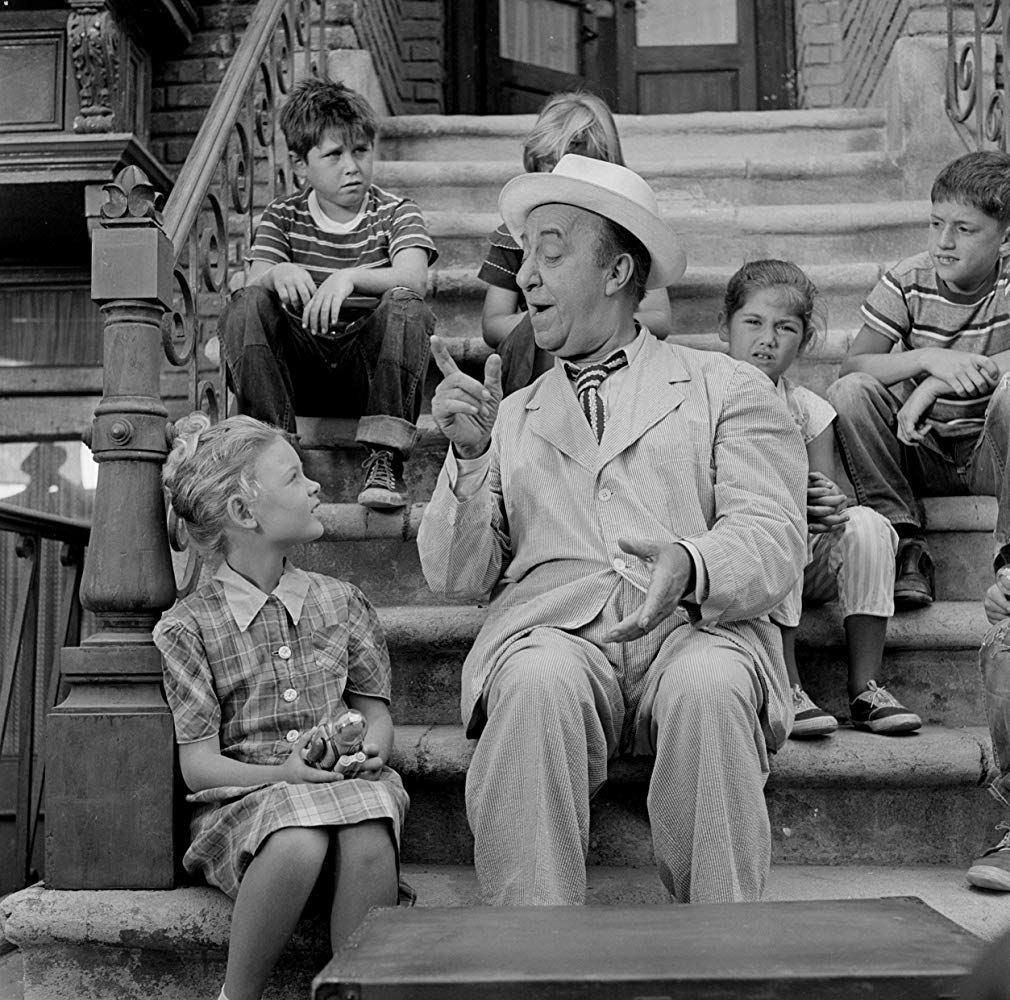 The Twilight Zone’s ‘One for the Angels’ is Pitch Perfect

“One for the Angels” is only the second ever episode of The Twilight Zone, and it almost seems to be overlooked. What makes it a classic?

What makes The Twilight Zone a classic? Is it that it’s old, potentially creating feelings of nostalgia? Well, that doesn’t hurt, but what really makes a classic is simply that it makes an impact. It tends to be quite original, or at least a superior representation of its form. “One for the Angels” is exactly that. Granted, it’s only the second ever episode of The Twilight Zone, and it almost seems to be overlooked.

Still, the story is a perfect blend of drama, humor, sadness, suspense and philosophy, in addition to an examination of its main character, Lou Bookman. Ed Wynn does a great job as Bookman, who breathes goofy yet plausible life into the character. Frankly, he’s a bit similar to the Cowardly Lion, except as a street salesman (or “pitch man,” as Rod Serling calls him in the story).

While he first seems like an average character, he happens to meet Mr. Death (Murray Hamilton), AKA “The Grim Reaper.” As most people would, Bookman ends up pleading for his life, but ultimately his bargaining skills, and ability for self-sacrifice, are put to the test. The viewer may wonder, “Hmm, would I be able to make the same choice, when it comes down to it?” Some of us would, but definitely not everyone.

Basically, this Twilight Zone episode is a reminder of what made Rod Serling’s stories typically great. He would often blend moral conflicts in with his creepy concepts — and this episode certainly has creepy connotations. Curiously, Serling never comes across as too preachy in the process. Like most fiction writers, he tends to let the stories and situations themselves carry the meanings, rather than beat you over the head with them. He encourages the viewer to have an internal debate, which is the sign of a great story.

This is a common question when it comes to Twilight Zone episodes. “One for the Angels” is hardly the most shocking story imaginable. Nevertheless, if you ponder the scenario, you might be a little creeped out. More importantly, the moral issue of self-sacrifice to save another’s life is compelling, and so is the idea that Mr. Death is obligated to carry out his duties, yet is seemingly human-like and fallible. It is in many ways a fantastical tale, yet it is grounded by rules. This alone helps the story be more complex, and potentially more unsettling. There isn’t an impression that literally anything could happen (though bizarre, free-for-all reality stories could hypothetically be scary).

There’s another aspect to the creepiness that’s hard to explain: The humor sort of enhances the dark elements. Like other Twilight Zone episodes, this one knows how to blend darkness and light, while having a natural flow to things. At no point does the mood seem forced or ridiculous. We also care about the story because we care about Mr. Bookman. He may not have lived a very prestigious life, but he makes the right decisions where it counts, and that’s huge.

This is a fantastic episode. In addition to everything I say above, it’s also a bit of a time capsule. You get to see an era when little kids could wander freely in a city, without anyone being paranoid about it or calling Child Protection Services. It’s also just a classy episode, not trying to be anything it isn’t. It’s proof that solid story is often more important than fancy effects or even overall scares. Another interesting aspect of “One for the Angels”: It doesn’t even have the classic Twilight Zone theme that everyone knows and loves.

What are your thoughts on The Twilight Zone? Let us know in the comments!

Related Topics:season 1Twilight Zone
Up Next