This is a companion story to my Lighter Than Dark warning from Sept. 6, Sewer Alligators, coming soon to a toilet near you… https://hauntedmtl.com/originals/lighter-than-dark/ltd-sewer-alligators/

Kyle, Todd and Lance stared at the swirling blood in the toilet stool.   Floating in the crimson ocean was a small turd and a disintegrating sheet of toilet paper.  It looked as though the commode had been flushed but didn’t fully do so.  Its contents bobbed up and down like buoys in a sea of red.

“Well, this proves it then.  You have sewer alligators,” Lance proclaimed.  “There’s no other explanation.”

“Are you certain your mom was the last one to use it?” Todd asked.

“Yeah,” Kyle replied.  “I’m pretty sure she must have been bit on the butt.  Maybe that’s why she didn’t flush all the way.”

“Your toilet is crap – it never flushes unless you hold it down,” Todd quipped.  “My mom said women bleed every month unless they’re going to have a baby.”

“That’s what my mom said,” Todd shrugged.  “She would know.”

“Well, if your mom does bleed every month, she should get that looked at,” Lance ribbed.  “She might have cancer or something.”

Kyle reached over and flushed the toilet, holding the handle down for far longer than should have been necessary.  The three boys watched as the ocean of red swirled into a wide whirlpool and was swallowed by the porcelain basin along with the floaters.

Kyle unzipped his pants to pee and stood at the ready, as he’d intended to do when he’d first encountered the bloody stool.  He hadn’t planned to interrupt their game of Ultimate Demolition Derby to put on a show for his best friends, but they were in between rounds and he’d fetched them when he found the blood in the toilet.

“My mom wouldn’t have held the handle down to flush if there was a sewer alligator trying to chomp on her butt,” Kyle retorted as he peed.  “She was probably doing good to flee with her life.”  He eyed the toilet warily.

“We were in the other room and she didn’t scream or yell or anything,” Todd observed.  “And there’s no such thing as sewer alligators.  So it must be that women bleeding thing.”

“My mom is a total bad ass,” Kyle defended indignantly, seemingly somewhat offended.  “She took on a whole wasp nest with a can of hairspray, a lighter and a pair of kitchen scissors.  She’s not going to cry because of a little sewer alligator.”

“If your mom’s such a badass, then why didn’t she stay and fight the sewer alligator?” Todd chided.

“Kyle’s right, his mom is a badass.  I was here during that wasp thing – it was crazy,” Lance stated manner-of-factly.  “And there are too sewer alligators.  I read about it in a magazine.  Kyle’s mom must have managed to drive it back down the toilet.  That’s why it isn’t here.  You don’t stick around to fight sewer alligators…”

Todd rolled his eyes, “I told you there’s no such thing as sewer alligators.”

“Well, if you’re so sure, then why don’t you keep watch?  Or are you too scared?” Lance said.

Kyle zipped up his pants and flushed, holding down the handle again.  The basin emptied in an eddy.  It refilled with water and just sat there ominously.

“You have to stay and watch the toilet until we say you can leave,” Lance smirked, “Or until someone else needs to use it and kicks you out.”

“Whatever.”  Todd shook his head and hunkered down.  He slid his phone out of his pocket and began playing Candy Crash Test Dummies.  He muttered under his breath, “There’s still no such thing as sewer alligators…”

Kyle and Lance returned to the living room to resume their racing game.  Less than three minutes later a shrill yelp resounded forth from the bathroom.  They came running.

Todd was standing there flustered, pointing at the toilet and waving his finger.  He shook all over, his skin blanched to a ghostly pale.

“See, I told you, there are too sewer alligators,” Lance proudly declared.

“A Chihuahua-sized rat?!” Kyle exclaimed, eyes growing wide.  He edged towards the commode and peered in from the side.  There was nothing inside, just water.  He reached across the basin and dropped the lid as fast as he could.  It landed with a resounding thud.

The three boys raced out of the bathroom and left the toilet to its own devices.  It wasn’t worth waiting around to see what foul creatures lurked within.  Kyle’s mom was going to have to deal with the critter problem on her own.

The Spooky Dentist, a bit of nostalgia from Jennifer Weigel 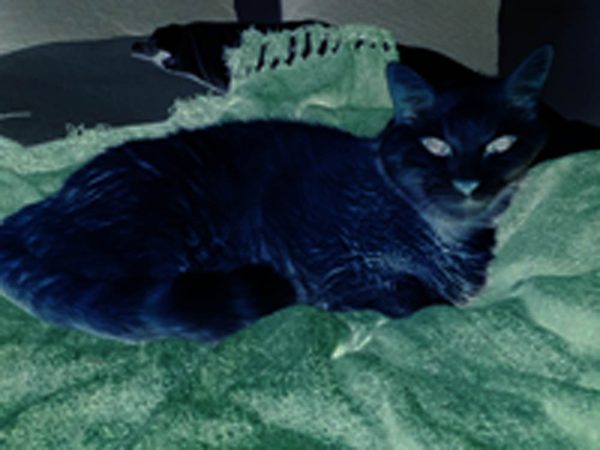 True Blood Season 5, Episode 9: “Everybody Wants to Rule the World”