Last time, Edgar Delgado found himself stumbling into the resolution of the story of unknown strangers that ended violently, leaving him surrounded by the living dead. This week in the Haunted MTL Original The Dead Life, Dani Kim makes a necessary trip to the makeshift latrine in the camp and hears an interesting proposal from Bob Clark. It’s a rather untidys but important element of zombie survival in this installment.

This is a serialized novel of post-apocalyptic zombie survival. Learn more about the story and setting at the series hub and take advantage of a complete list of installments.

The worst part of the morning for just about everyone at the camp was the morning constitutional. Unfortunately, with no running water or indoor plumbing, the bathroom arrangement was a horrid shock to the system and probably the thing Dani hated most about the apocalypse.

Aside from the ravenous cannibalistic corpses, of course.

The setup was simple enough, the survivors had cleared out one of the units, and some shelving and boxes enclosed the entrance, with some shower curtains strung across for some privacy. From there, everyone would do their business in an individual bucket they’d have to empty later through a gap in the fencing at the western end of the lot.

The drawn curtain with a hanging air freshener on display indicated occupied space. Everyone gave one another a wide berth when it came to ‘shit-central’ as Bob had taken to calling it.

Water was rare. Thankfully sanitizer and toilet paper were comparatively less. The group had managed well enough, but soon they would need water. Nobody had bathed in weeks; it had been at least a month since any rain had crossed the sky.

Dani stepped out from shit-central, holding the bucket away from her, glancing around. She hated this. Even worse, however, was the makeshift latrine on the other side of the fence, right next to Bob’s trailer. He’d been kind enough to avert his eyes as she approached with the bucket, as she disappeared behind a pair of shelves he had set up as a privacy marker.

She drained the bucket down a pipe that had been placed into the caustic pit. As the shame sluiced through the pipe with an audible plop, she gazed across the street. Thankfully, the lone ghoul hadn’t seemed to notice her. She watched it stumble aimlessly across the road.

“The pool chemicals have helped out quite a bit, keeping the rankness down,” he said as she stepped out, bucket lighter but no less traumatizing. “I wish we could have dug a bigger latrine, though,” he added.

Dani placed her bucket on the ground behind the shelf and glanced at the old man.

“Doesn’t the smell get to you?”

“It beats the dead.”

He had a point.

“Tell you what, though, there is a reason I don’t open the back window of the trailer.”

Bob’s trailer, the one he lived in as the “security” of the storage business, illegally, had been parked against the metal-barred fence to shore up a portion of it. He hadn’t objected to the designation of the latrine next to him.

Hell, he helped dig the thing over the course of a day, dodging ghouls and taking shifts with Dani, Jimmy, and Edgar.

“Danielle. You got nothin’ to worry about. I don’t mind being here at this spot. It’s where all my books are.” Dani glanced at the bookshelves he had erected for a privacy wall, and sure enough, he seemed to have added to his library, somehow. The shelves rested comfortably beneath the pop-up he designated as a library.

He rose from a salvaged recliner.

“Truth be told, I have an idea and could use some help with this situation…”

Dani reflexively nudged the bucket further back with her foot as he approached.

Bob put his hands on his hips and stared at his feet, a frequent gesture he made when working toward something. Generally, his instincts were good, and she was already intrigued.

“I didn’t find a shed or nothin’ in any of these units. I know it was a long shot, but I had hoped maybe some taxman or something had bought on and never assembled it. If I had a shed, I could rig us up an actual head.”

“Sorry, old habits. Bathroom. I could rig us up a bathroom that can work with that latrine, especially if we dig it further and get some more of those pool chemicals.”

Dani and Bob laughed a bit at this.

“If you can get me something from the Hardware Depot down the road… one of those sheds, I can repurpose that toilet we found last week, the one that was still boxed up.”

Bob paused and coughed a bit. It was deep and rattling, less of a sign of imminent danger and more of his general age.

“Excuse me. I’d also need some pipes and all the plastic bins we can get a hold of, but… well… I think everyone would feel a hell of a lot better, and once the rains kick in, I think we could be doing pretty well for ourselves.”

“That sounds doable. We’ll see when Edgar gets back about arranging a trip down the road.”

“Edgar is still out?”

“Yeah, scouting that place across the street.”

The sound of gunfire that followed made them jerk their head toward the sound. It was across the street where Edgar had been scouting.

Did you enjoy this installment of the story? How do you think the system they opt for regarding supplies will work out for them? Let us know what you think and what supplies would be your zombie apocalypse necessity. 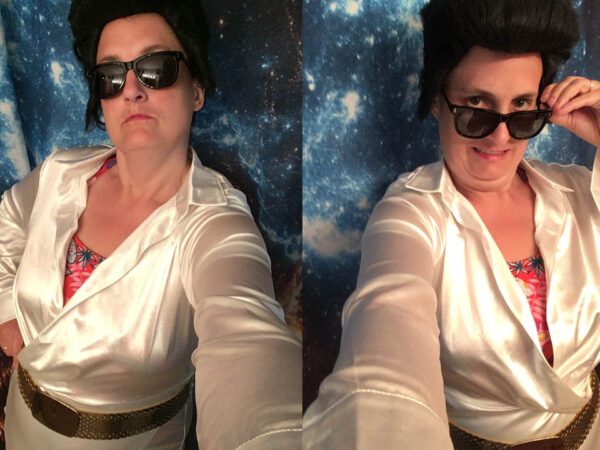