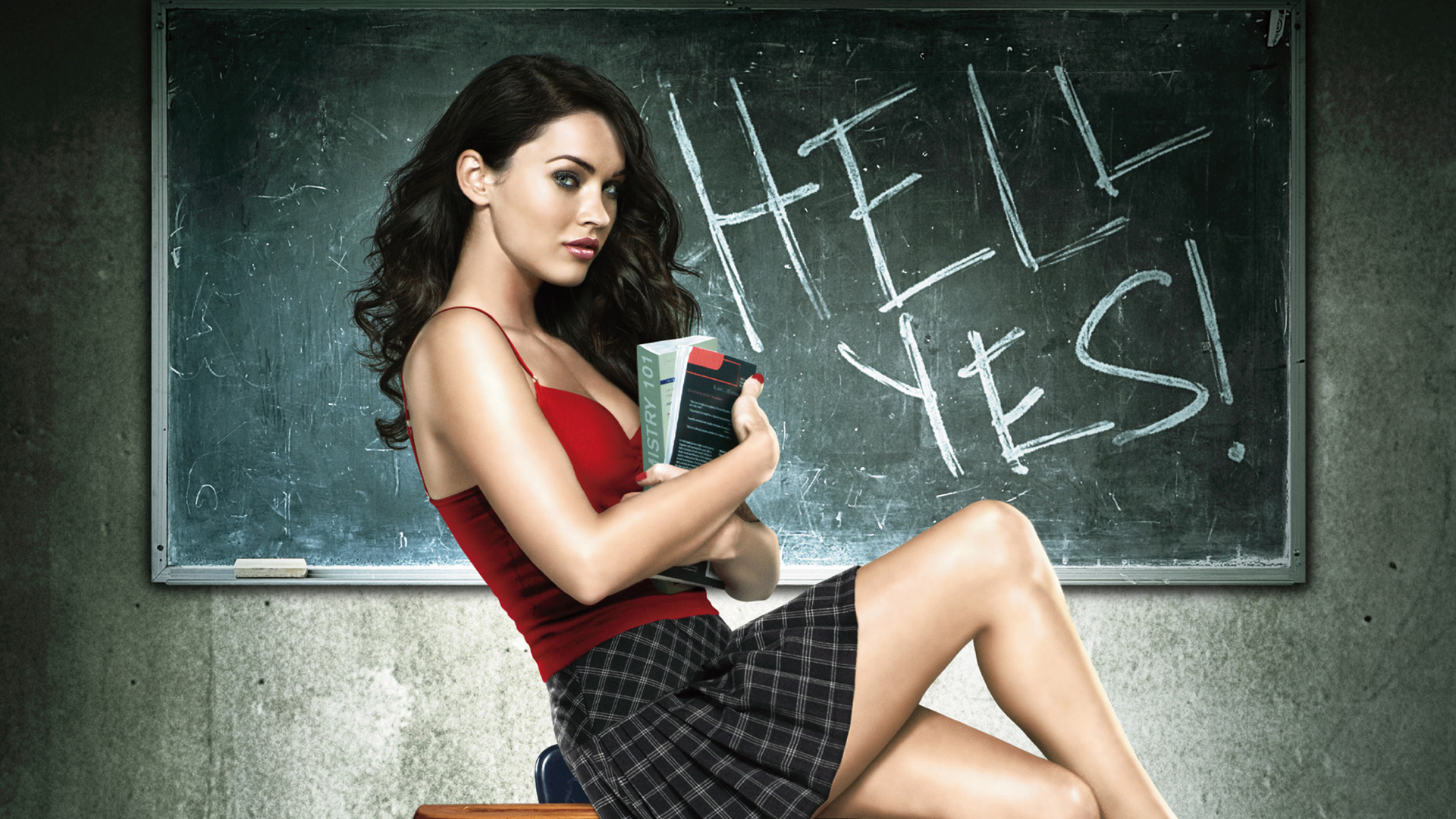 Happy pride month, horror fans! When I was thinking about what I wanted to review for June, I tried to find books and movies that had some sort of LGBT themes. One of the movies I’ve heard about nonstop from queer horror spaces on Instagram and Twitter was Jennifer’s Body. I thought that there was no better time than the present to watch this super gay horror comedy.

In the opening scene, we meet Needy, who is a patient at a mental hospital. She flashes us back to a few months earlier, when she was just a normal high schooler with her boyfriend, Chip, and her best friend, Jennifer. Needy is pretty nerdy (haha), while Jennifer is gorgeous and popular, but they still get along. Jennifer takes Needy to a local bar to see a band called Low Shoulder (a very, very 2009 scene: guys with thick eyeliner, straightened hair, and all the girls wearing hideous low-rise jeans). During the band’s set, the bar catches on fire. The girls escape, but Jennifer seems to be hypnotized by the band’s creepy lead singer. They split up, Jennifer goes into the singer’s van while Needy goes home and calls Chip.

Later that night, Jennifer shows up at Needy’s house, covered in and vomiting blood. But the next day at school, Jennifer seems totally fine (aside from being extra mean). It all goes downhill from there. Jennifer seduces a guy at school just to kill him.   A month later, Jennifer is feeling pretty rough. Turns out, she’s a demon and needs to eat men to survive. The guys from the band (who are actually Satanists) kidnapped her and tried to sacrifice her, thinking she was a virgin. Because she wasn’t, the ritual turned her into a sex demon. Needy realizes that she needs to do something about it.

It’s a high school movie, so the grand finale is at prom. Jennifer kills Chip, then Needy kills Jennifer. But Jennifer bit Needy, so now Needy is possessed too. We then flash forward to prison again, where Needy uses her powers to escape. She hitchhikes a ride with someone and tells them she’s going to a band’s last show. Pictures of the murdered members of Last show play over the credits.

Yes! If I had seen this movie in high school, I would have been obsessed with it. There’s the explicitly gay stuff, like Needy and Jennifer almost hooking up and Jennifer saying that she goes both ways. There’s also the other part, though, of the intensity of Jennifer and Needy’s friendship. I think every queer woman can relate to that aspect of it (I know I can!). To me, this was really refreshing to see. Most horror movies don’t center women at all, and this one not only does that but also centers female friendship, exploring the healthiness and toxicity of it. I loved it for that alone. The fact that it was directed and written by women only adds icing on the cake.

Another thing I loved about this movie was how it was a great satire. Aside from being hilarious (like the sacrifice scene where Jennifer begs the band to hire her as their publicist), Jennifer’s Body’s prerogative is to point out and make fun of the hypersexualization of teenage girls. Jennifer literally uses the leers and harassment of the men around her to her advantage. She’s evil and toxic, but this is honestly really refreshing to see as a female horror fan. More than anything, this movie challenges the role of women in horror as helpless victims, and has a lot of fun while doing it. I highly recommend watching this video if you’re interested in how the movie’s marketing totally missed the mark.

Watch Jennifer’s Body. At worst, you’re going to see a hilarious teen horror comedy that will take you right back to 2009. On the other side of that coin, the reason I’m taking half a star off is the very 2009 dialogue and attitude. At best, though, you’ll see a queer satire on misogyny and hypersexualization of women that challenges the male-dominated horror genre. Either way, it’s a classic.

Notes from The Last Drive-In: S2E7