Episode five of the third season of Netflix’s The Chilling Adventures of Sabrina can be best described as a buckshot of plotlines. And I mean, enough is going on that George R. R. Martin would need to draw a diagram.

Nick’s going through demonic detox. He’s been on some heavy drugs that I’m pretty sure would have killed him if he were mortal.

The Pagans have given the satanic witches three days to surrender. At least, they think they can surrender and be absorbed into their coven. No one’s surprised to hear that this is not the case.

Speaking of the Pagans, they’ve already struck several blows. Roz and Dorkus are currently statues. Agatha has been driven to madness. No one in the coven has the power to heal her.

Theo’s boyfriend, Robin, is a member of the pagans. So, that’s going to come up I’m sure. 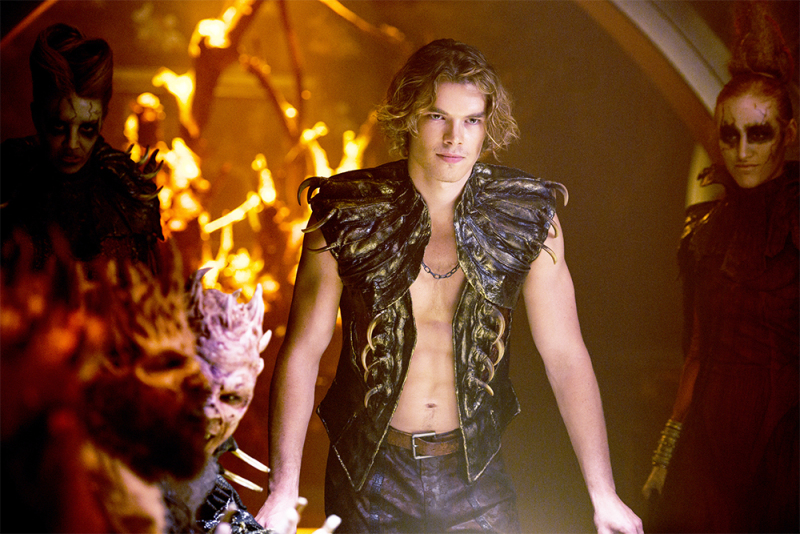 Oh, and small matter. It’s time for the second unholy regalia. Sabrina has to go back in time to find Pontius Pilate’s bowl.

And Aunt Hilda is turning into a spider

And Lucifer is free. A small matter. He and Father Blackwood seem to be seeking revenge on the witches to turned away from him.

No one’s said anything about the damned egg in a while. You know, the one that Father Blackwood was ready to sacrifice his children to get? It’s just hovering in the background, being creepy. 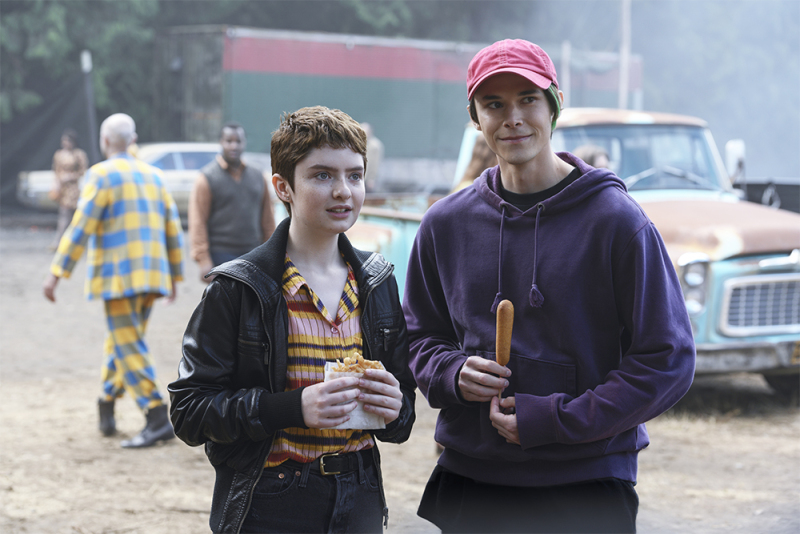 And the coven is calling upon disenfranchised witches. I’m sure that won’t have any ramifications.

Finally Harvey, not following the pretty simple advice to stay in his lane, falls victim to Lucifer’s bad advice and attacks the carnival. With baseball bats and school jocks.

There is so much going on here it is impossible to appreciate any of the elements. I found myself having trouble keeping track of all the shit going on. And that’s just the storylines we dealt with in one episode. It doesn’t even bring up all the other plotlines this season.

What I’d like to see is the show pick a couple of elements and do them well. Dig deep into how this search for the unholy regalia. Let us see an actual battle between the two witch factions. Just, narrow it down! It feels like the creators were afraid that none of their stories were strong enough for a whole season. Or maybe they’re afraid they’re not getting a season four. At this point, I’m not sure they deserve one.

Sabrina, in the words of Gordon Ramsey, get your shit together. This is sloppy writing.

Twilight Zone’s ‘Time Enough at Last’ is So Relevant Now

The Stand Miniseries: Part 3: The Betrayal

https://t.co/q1GGr4Q6ZH Check out the latest episode of #HouseOfTheDragon with J.M Faulkner #HorrorFamily https://t.co/QHAR5WJAUp
8 hours ago