Disclaimer: While I am not myself Pagan I have the utmost respect for those of these faiths. I have known several pagans in my professional and personal life and been honored to count them among my friends. The depiction of the Pagan faith in this season of Sabrina does not reflect my experiences with it at all and is, frankly, insulting. That being said, Sabrina is a work of fiction and I will attempt to review it as such.

Sabrina is trying to help her coven, by finding a new source for their magic. She’s the 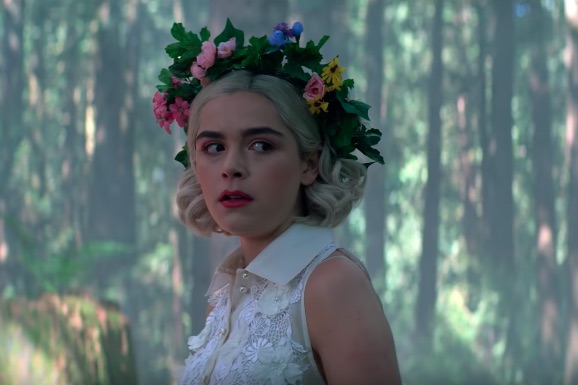 queen of Hell, after all, she should be able to figure out something. But when she discusses the matter with Lilith, she finds out that the witch’s powers come from Lucifer being an angel. They’re not demonic at all.

As it turns out, there happens to be a trapped angel at Dorian’s bar.

While Sabrina is draining an angel of his blood, her mortal friends are being awful smart and awful stupid all at the same time. Harvey wakes up to find that his dad spent the night with the snake dancer from the carnival. He’s on the ball, and realizes right off that this isn’t some booty call; she’s after something that probably spells trouble. Clever Harvey. So he, Ros and Theo decide to go to the carnival to investigate.

I think they forgot that Ros isn’t a witch and that magic is nothing to mess with if you don’t know what you’re doing. And they really, really don’t know what they’re doing. Ros is attacked in the tent of the snake dancer, and the others finally realize this is way above their pay grade. So Harvey goes to find Sabrina.

Sabrina is having enough trouble on her own, though. She’s brought back the angel blood and Aunt Helga has devised a way to use it to bring back the coven’s powers. They plan to do a moon bath, right after they celebrate the Hare Moon.

Of course, nothing can be that easy. Nick is losing his mind completely. He cannot get over having Lucifer inside of him. He’s drinking too much, doing drugs. Visiting sex demons, which was a scene I didn’t want to see. This all leads to him and Sabrina having a nasty fight. Maybe it’s because I’m a little older, and my teenage years are two decades behind me. But I never felt more in touch with a character as I did with Aunt Zelda when she responded to Nick’s attitude problem. “I detest teen angst.” 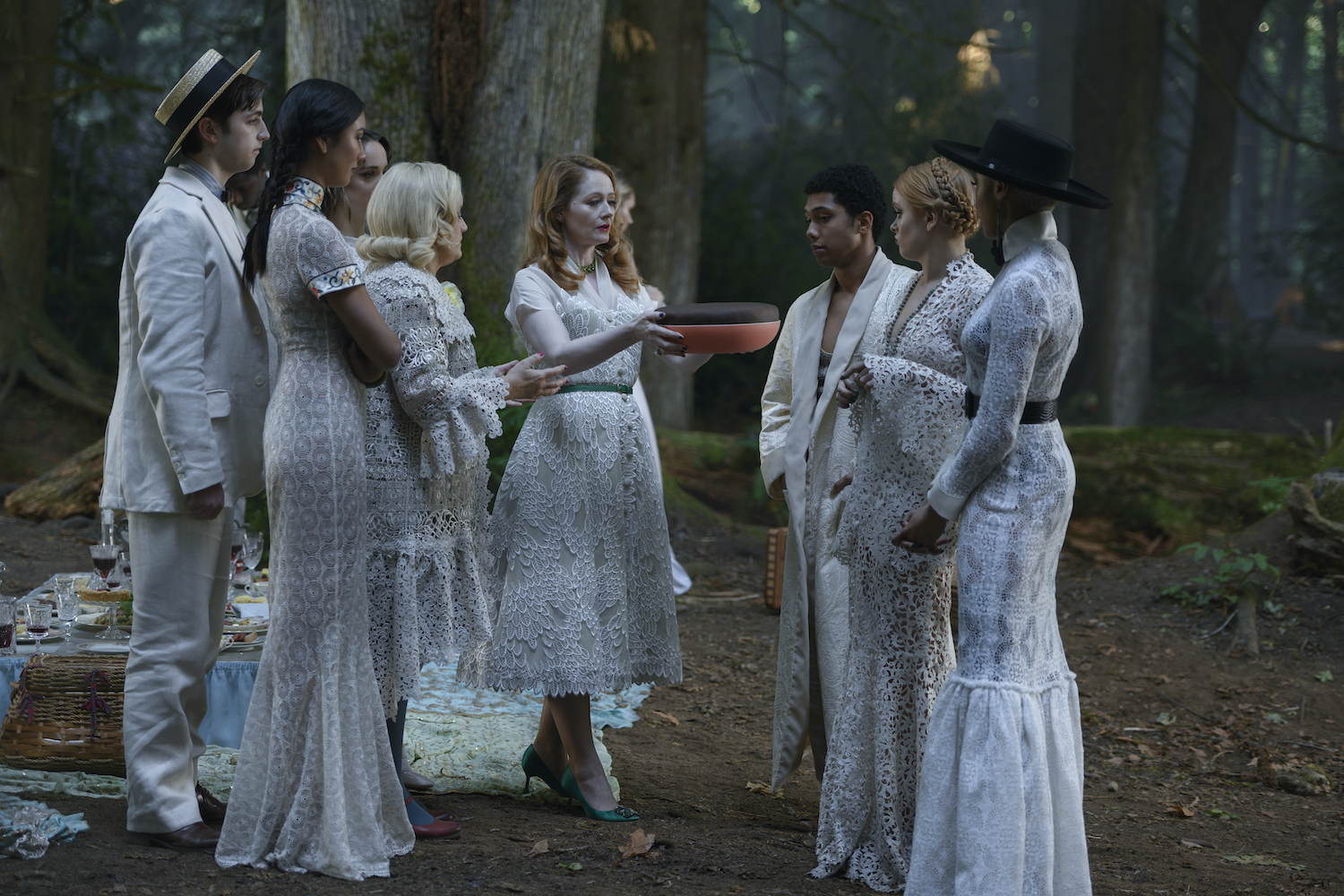 This episode was pretty infuriating, setting aside my feelings about how the Pagan faith was treated. My biggest issue (aside from that) was that everyone took turns with the selfish/martyr ball this episode. Aunt Zelda is angry at Sabrina for becoming the queen of Hell, and she’s mad at Aunt Hilda for getting married. She’s feeling left behind without the support of her family, but it’s not like she’s ever thought about how her actions impacted them. So I’m not feeling too sympathetic.

Sabrina is, as ever, in her own little happy go lucky world. She doesn’t understand why Nick hasn’t just gotten over his trauma. Because it’s, you know, trauma. And it’s not like she’s ever taken a beat to try to deal with her issues. Someday the dam is going to break in her mind and all these legit traumatic things she’s experienced are going to spill all over. So, of course, she doesn’t understand how Nick’s feeling right now.

In my opinion, though, the worst villain in this episode was Aunt Hilda.

I know, she’s usually my hands down favorite character. But she did something selfish here.

Harvey comes to Sabrina, to tell her that Ros is sick. Ros is Sabrina’s best friend. For sure Sabrina would have dropped everything to go save Ros. And I’m willing to bet that a witch at half power is probably still going to do more than two mortal boys who have no idea what the hell they’re doing. Helga and Sabrina could have gotten there, saved Ros and then headed out to the moon bath after.

They didn’t, though. And for once it wasn’t Sabrina’s fault. Helga way underplayed the severity of the situation, and I am convinced she’s too damn smart to have done it on purpose.

I’m hoping this season starts turning around. It’s going to take a lot to get over my current disappointment and fury.

Let’s end this on a good note, though. There was a song in this episode, but it made sense. Music is often part of rituals, and this one fits in well. So, they had that going for them at least.