This episode had more plot holes than my state has potholes. (A little something for my Western PA people.) And it’s not surprising. Writing a time travel episode is difficult for the best of writers. And The Chilling Adventures of Sabrina does not have the best writers.

In the season finale, Sabrina is saved from her imprisonment by, of all people, herself. She tells herself that she’ll have to come back and free herself again once she’s done. But wouldn’t that form some sort of time loop where she’d be trapped forever? That will come up later, but almost as an afterthought.

So Sabrina heads to Earth to find out that the pagans have killed all mankind. Zombie creatures are pouring buckets of blood over the Green Man statue. Everyone’s dead, decades have passed. Only Ambrose is left.

Another big issue I had with this episode was Sabrina’s declaration at the beginning that she’s more powerful now. No real explanation, just that she’s got more powers. What, was hanging out in a rock enough to concentrate her magic?

That aside, Sabrina shows up in time to rally the witches. She saves Aunt Zelda in time for her to call on the witch goddess Hekate to grant the coven power again. I loved this scene. It was cool, the women of Greendale coming together. Witches and mortal, it didn’t matter. Roz was pulled right in with all the rest.

Armed with this new power, the witches drive the pagans out of Greendale and destroy them. I mean they mow them down.

Two people stood out to me here. The first was Prudence. She’s a badass witch, badass 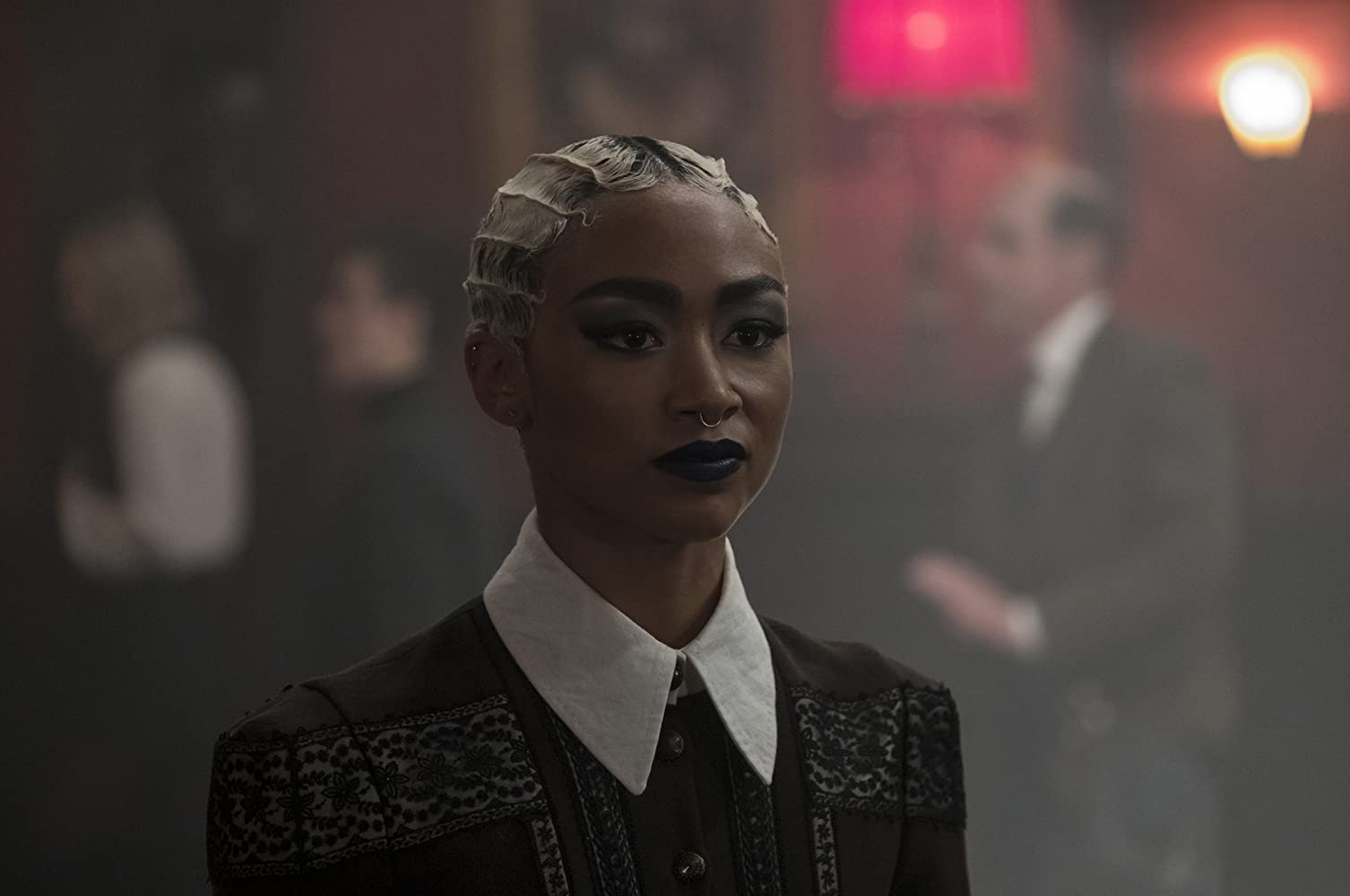 swordswoman. And when Roz joined the witches in battle, she gave her a sword and treated her like one of the team. That was for sure not how she was raised, but it’s who she is.

The second was Aunt Hilda. Ever the kitchen witch. Ever the horrifying killer when you mess with her family. She made a voodoo doll of the pagan who turned her into a spider and crushes her to death in her hands. Hilda did this because this woman messed with Dr. C. She messed with her family. 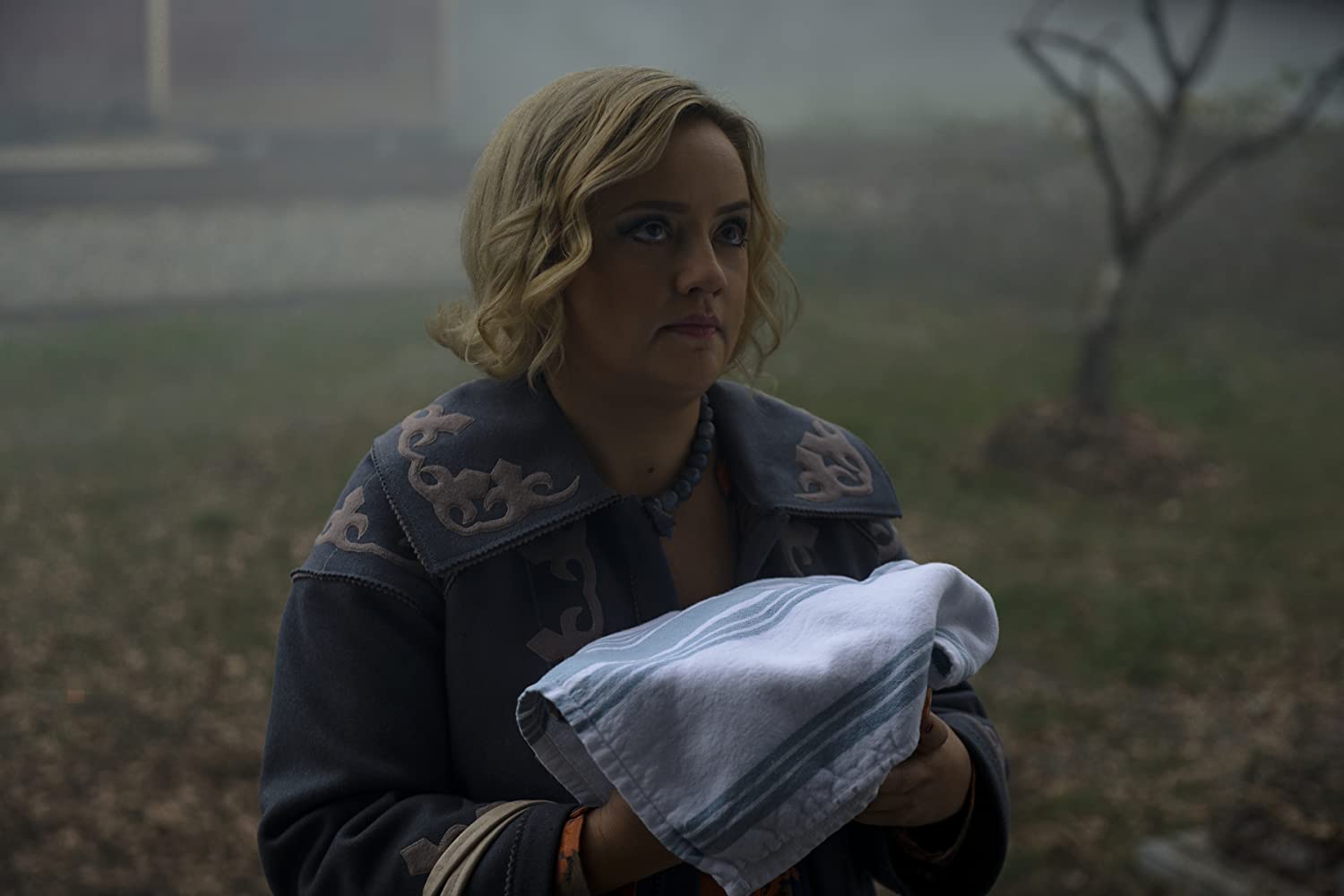 And it’s always dangerous to mess with Hilda’s family. Hilda is the queen of the kitchen witches.

This episode ends with Sabrina deciding to go to Hell early and save herself from getting trapped in stone to start with. And now, there are two Sabrinas. One to be the queen of Hell, one to be a teenager in Greendale.

One of my favorite scenes from the whole episode is Ambrose’s freak out when he finds out what his idiot cousin has done. He points out that the aunts are going to find out. Sabrina, who thinks she has an answer for everything, points out that the aunts never go to Hell. He adds that Lucifer will find out. She says that he’s so egotistical that he probably won’t notice. His response is perfect. “Lilith notices everything.”

But there isn’t a lot of originality. When Mama Marie and Aunt Zelda talk about feeling a war coming, I could have delivered the lines with them like singing along with the radio. What show hasn’t ended a series with, “I sense another enemy. We need to be prepared for war.”

I’ll keep watching Sabrina because it is entertaining. It’s not smart, it’s not clever. It’s like the tv equivalent of kettle corn. But I wish they would stop with this whole teenager with God-like powers who just saves the day without any real consequences. If the story is going to be sustainable into season four and beyond, Sabrina needs to grow the Hell up.

Behind You is entertaining but forgettable

RT @TheseFilmsExist: Hey there @TheMutantFam @HauntedMTL we have an online party happening on our Discord this Memorial day Weekend an…
4 hours ago