Sorry, let me start over.

Episode six of Netflix The Witcher revolves around Geralt and Jaskier going on a dragon hunt.

It shouldn’t be a surprise to anyone that Yennifer is involved in this hunt as well, as one of four groups after the dragon. She’s traveling with a knight named Sir Eyck. She’s using him. What she’s using him for isn’t clear. 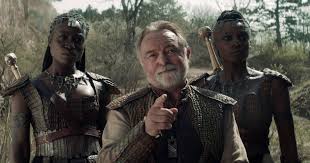 After he’s stabbed in the throat while, um, sick, she says he’s died before the one thing she needed him to do. If she said what that was, I missed it.

This character didn’t do much besides kill a harmless monster, shit himself, then die. He was a throwaway character that could have stayed thrown away.

There is an endearing scene between Yennifer and Geralt. They’ve had several meetings, but each time one sneaks out on the other.

So when the sun rises on them and they’re both still there, it’s heartwarming.

I was almost convinced that they were going to be smart about this.

Too bad they wrecked that soon after.

Yennifer wanted the heart of a dragon to heal her infertility. Not sure how it’s supposed to heal a womb being literally taken out, but whatever. Yennifer is hurt, and she’s bitter. She wants to have a child. She thinks this choice was taken away from her.

Here’s the thing, it wasn’t. She was asked if she was sure when she went through her graduation. She chose power over bearing a child of her own.

This pain and imagined betrayal come out at Geralt because apparently, Yennifer is 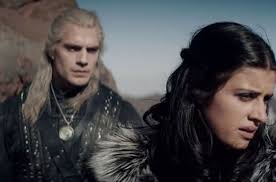 allergic to being happy. After being told that the dragon’s heart won’t work, she lashes out at him and walks away. Geralt, who is just as allergic to happiness, chooses to drive away Jaskier, the only human willing to put up with his attitude.

And so the episode ends with the main characters hurting and alone. But the dragon, I’m sure this is no surprise, flies free.

I wish we could have avoided the drama. I have no patience for characters who actively chose to avoid happiness. Other than that, this was a terrific episode. 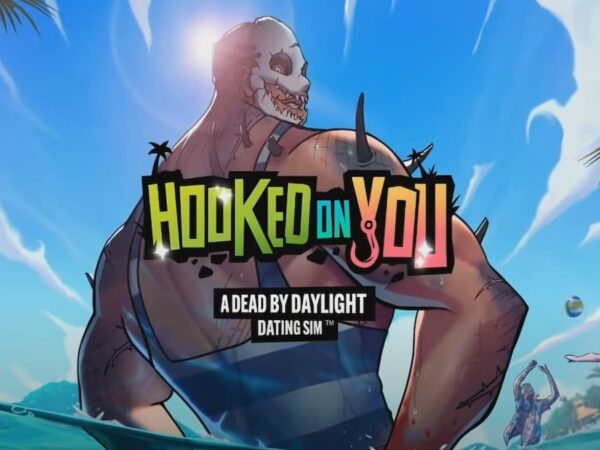 Happy #friday! Hope you get to hang out with some friends, #HorrorFam https://t.co/O0Mtfk8ixG
2 hours ago

Unlock: The House on the Hill Unlock is a series of card games from Space Cowboys. In them, 1-6 players work toget… https://t.co/297HmZHfCQ
4 hours ago

Not helping the “We’re not Zeppelin come back after selling soul to devil”. #gretavanfleet @ Centre Bell https://t.co/R5TJ0P32Iy
13 hours ago