“The Loop’s presence was felt everywhere on the Mälaren Islands. Our parents worked there. Riksenergi’s service vehicles patrolled the roads and the skies. Strange machines roamed the woods, the glades,and the meadows.”

Tales From the Loop is a tabletop role-playing game by Free League Publishing that is inspired by Simon Stålenhag’s narrative art book of the same name. In the game, player characters take on the role of young teens in the 1980s investigating the dangerous techno-mysteries of their town while interrogating the trauma of growing up. Most of the mysteries in the game are intended to revolve around “The Loop”, a local particle accelerator that has enabled robots, airships, and drones to become a mundane part of everyday life.

The Tales From the Loop Starter Set released in June 2020 and features a quick-start rulebook, a ready-to-play scenario (called “Mysteries”) with five pre-generated characters, ten custom six-sided dice, and a full-color map of the two suggested settings. The kit serves as an introduction to the system for anywhere between one to five new players (plus a gamemaster) with a relatively cheap price point at about $25.

I played through the Tales From the Loop Starter Set as the gamemaster, the person responsible for guiding players through the mystery, with my three players using the pre-generated characters that came with the kit. The game system moves the story forward through character-driven scenes. The players and the gamemaster collaboratively describe these scenes in order to discover clues and create a shared narrative. We played through the starter set in three hours and had a blast calling scenes and further flushing out the world through the characters.

As a gamemaster, I had fun working with my players to create unique story beats alongside the provided characters and plot. The scenario, “The Recycled Boy” had an interesting premise as well as many small details for players to uncover and weave into their own understanding of the world. Tales From the Loop provides a solid structure for a role-playing game based around being a teenager in a perplexing and sometimes cruel world.

However, I found the rules and background provided to be relatively generic due to their simplicity and ambiguity. This can be great for those looking for an easy-to-adapt system to reskin for their own purposes. But as someone trying to run a scenario within the lore of the game’s setting, I wished I had more background information about The Loop, especially since the atmosphere of the setting is one of the main selling points of the system. Since starter sets typically introduce games, I expected more explicit and robust worldbuilding in both the rules and the scenario in order to be better equipped to create the same ambiance as the beautiful artwork throughout both booklets.

My players considered the pre-generated characters the highlight of the starter set. All of the characters had multifaceted backstories, actionable goals, and well-thought out bonds to each other and the larger scenario’s plot. These aspects made embodying these characters relatively easy and enjoyable. However, the players felt the enjoyment of the game would be largely dependent on who it was played with, especially since the main game mechanic is being able to improvise scenes. Due to the lack of traditional turns, suggestions on how to include multiple characters in a scene, and guidelines for best practices in collaborative storytelling the starter kit didn’t necessarily set them or me up for success. We were able to have a great time despite some of these pitfalls we ran into, but we could easily see how some role-playing groups could struggle to overcome these challenges.

Overall, my group enjoyed playing the Tales From the Loop Starter Set. I would recommend it for enthusiasts, though it may be a little light in guidance for those who are new to role-playing games, inexperienced in improvised story-telling, or looking for a lore-heavy role playing experience. The game art and overall concept is exquisite, and even though I wished for some more guidance, I’m excited to dive into the other resources the Tales From the Loop role-playing game has to offer!

For a deep-dive into the Tales From the Loop board game take a look at the the gameplay review or game developer interview by Leather Snow. 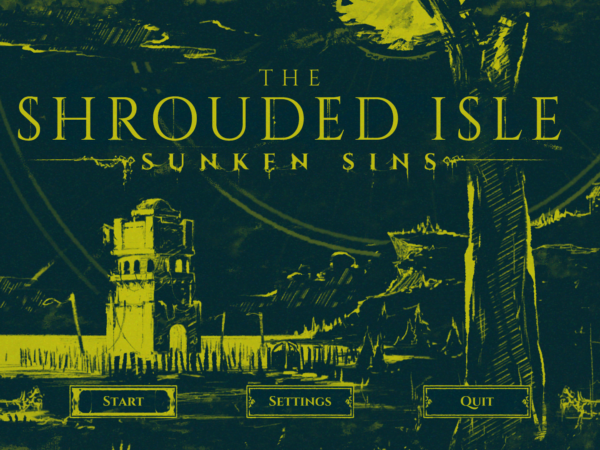