This is the final chapter of the saga of my review and ongoing campaign log for Free League Publishing’s Twilight 2000 RPG. Last time, you caught the end of Kyle’s story. Here are some bonus stories from our brief starting campaign along with the rest of the review.

But what happened to Nadya?  Follow along as she shares the rest of her story:

So I was mad, and I did something really stupid.  I stormed off and trekked back to Kepno alone.  Thank God I didn’t run into more soldiers or the Shepherd’s Flock, though I did get attacked by a wolf when setting up camp and ran into a very hidden and fortified village that was none too happy to see anyone.  Fortunately they let me pass by so long as I just kept on my way and gave them a wide berth.  I managed to get back to Kepno alive.

When I returned they were dismayed to see me, despite my having done expert work on the vehicles I worked on for them, and my heart sank when I learned why.  That bear Aleksy had shot in the woods and we’d traded to them for the still was heavily irradiated.  After we left, they cooked it up and a bunch of townsfolk ate it.  Now people are sick of radiation poisoning and some are dying, including many of the young ones in the daycare.

I am able to stay here in Kepno and do mechanical work; they desperately needed someone with my expertise.  But there are a lot of townsfolk here who hate my guts and want to see me gone.   They think we did it on purpose.  It saddens me beyond measure that our cluelessness and idiocy led to this.  All the more reason to just bury myself in my work and keep my nose under the hood where it belongs…

As an added bonus, here are some notes from Roger’s personal journal after the break up of the group:

It’s not easy being black – all my life I’ve had to work twice as hard and always with a yessir, no-sir, I’m-your-right-wing-man-sir.  But now I know it’s even harder being green.  I wasn’t ready for any of this, I’d barely finished officer training when I was thrust into this war and sent out here into the great big world to do my duty to my country.  Was my driving to blame for the truck?  Was there any way to smooth things over?  I don’t know.  I can only wish upon the distant starlight.  It’s that hope that keeps me going, that makes me want to live to fight another day.  Because, beyond all else, I still want to believe that Someday we’ll find it…  The Rainbow Connection…  The lovers, the dreamers and me…

From a Gaming Perspective – How Did It Go?

Game play in Twilight 2000 RPG is intense.  It’s a lot different fighting other people than engaging with wildlife.  Battle is terrifying and confusing and conveys both the horror and glory of war well.  Somewhere along the way in the first big confrontation with a Soviet patrol, we forgot to have dinner in real life.

There are a lot of things to remember and look up as you determine your actions.  Figuring out the logistics of fighting with penalties for cover was a challenge but we got the hang of it as time progressed.  It’s frustrating to get shell-shocked and find yourself unable to act, especially if you are out in the open and cannot get to relative safety or counter-attack.  We didn’t play enough to get a good sense of ideal fighting distances and were never really on the offense, so we were at a notable disadvantage every time we engaged in fighting with other humans.

The Twilight 2000 RPG system is different than others I have gamed in before.  I really like the mechanics but need to restrategize how I create characters.  A lot of the RPGs I’ve engaged in previously (D&D, AD&D, D&D3E, GURPS, Iron Heroes, etc.) encourage min-maxing and uber-specialization whereas, in the Twilight 2000 RPG system, it seems diversifying would be better in many ways.  It’s food for thought for the next time we create characters, and it will be interesting to find a sense of balance in that.

From a referee standpoint, the game benefits from more planning than is implied as necessary and I’m glad my husband took the time to flesh it out and track everything. He is a very good referee.  I think he was happier with the results as well, since he is a realist and is rather particular about details.  Although it can be played essentially as a series of random encounters, the experience holds more interest if there’s more background: how much or how little likely depends on the gaming group and people involved.

Also, the background setting seems to be drawn somewhere between the end times of The Fall and a more Post-Apocalypse Mad Max view.  The timeline is set essentially at the end of the big war but civilization has already devolved several decades beyond where one might expect given what was described as happening and how quickly that evolved, especially regarding the hyper-aggression of the wildlife and the scarcity of resources and infrastructure even in more remote areas that would not have been affected in the same ways.  The result is a bit disjointed but does maximize dramatic effect.

Overall, I give the Twilight 2000 RPG system 4.5 Cthulus.  I enjoyed the game and look forward to revisiting it in the future on my own.  The mechanics were generally well thought out and play was enjoyable. Skill rolls and combat were well-orchestrated and don’t get too bogged down in logistics.  There are a few things that could benefit from being better fleshed out, especially regarding survivalist considerations like food, water, camping/sleeping gear, and so on, but I imagine each gaming group can determine how to tackle these things unto itself as far as what happens at the start on all sides and what sort of things are and aren’t readily available.  I am interested in seeing what a longer form campaign could bring.

As a side note, going back and playing out what happened at the end with Nadya is a testament to the power of story evolution in this game.  No one planned this – my husband legitimately drew the encounter from the deck and the party did what was in the best interest of everyone by trading the bear to the town.  My husband thought he would not be able to disclose what had happened until the party passed back through, and when we were captured it seemed as if that story would not have a chance to become known.  Except Nadya had booked and was returning to Kepno, and for all that we doubted she would make it back, she miraculously did so.  Finding out how her story ended legitimately sent chills up my spine when it revealed itself.  All came full circle with the horrors of war and the consequences of our actions laid bare. Well played, Twilight 2000 RPG, well played – this legitimately earned another 0.5 Cthulus on top of the 4.0 rating I had initially planned to bestow.

Thank you for joining us for When You’re Going Through Hell – if you have enjoyed this series, you should consider getting a group together and picking up the game for yourselves… 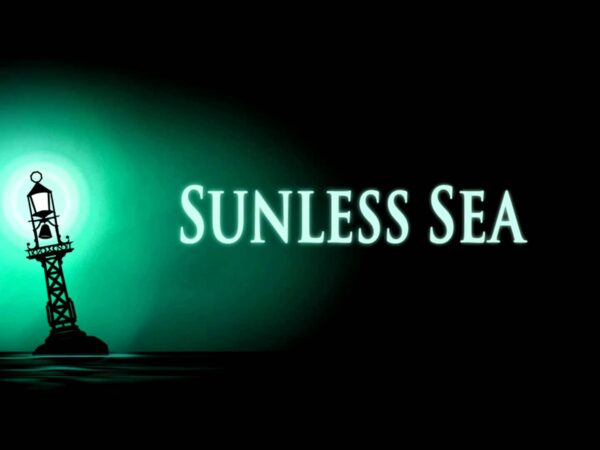 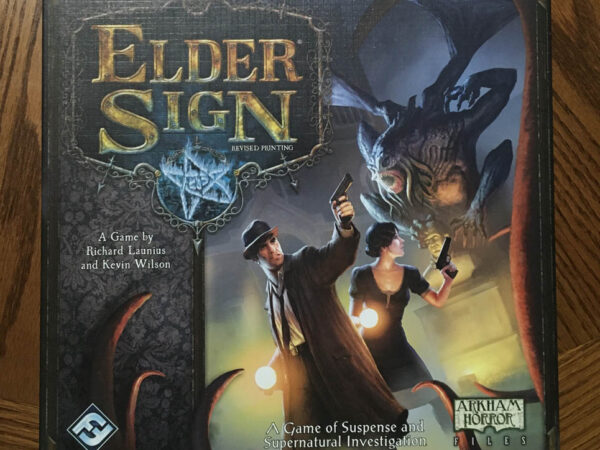 I saw the Elder Sign and it opened up my mind, a game review

True Blood Season 7, Episode 7: “May Be the Last Time”