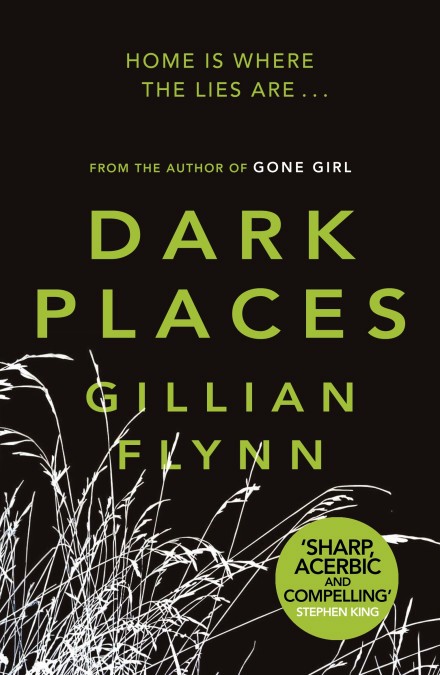 Why We, as Horror Consumers, Should Give Gillian Flynn Another Chance

Gillian Flynn’s extremely popular mainstream hit Gone Girl had tremendous success as a thriller novel and film. It seemed as if the world came alive for Gone Girl. It was all any moviegoer could talk about for months. It was a movie that I felt lacked something, some artfulness or deeper emotion. It was a piece of pure entertainment, and while the general public consumed it wholeheartedly, I did not. As a writer myself, I look for art in the novel. Language must serve as more than just entertainment. Don’t get me wrong, books and film are entertainment, but they must serve another purpose as well. I felt that Gone Girl did not serve as anything other than a compelling thriller that kept readers and watchers on their toes and entertained. In no way would anyone ever say that Gillian Flynn is a writer of horror, especially from only checking out Gone Girl.

Recently, a mentor of mine suggested I travel back in Flynn’s history and read Dark Places. She explicitly stated that Dark Places was written in the opposite manner of Gone Girl. It was not “written for the entertainment of the masses,” she said. Dark Places is a gritty rumination on the murder of a farming family during a point in history where Satanism was demonized, causing fear from local communities; the novel is gory at times, language sprawling and dark. The difference between Gone Girl and Dark Places is just amazing to see.

Dark Places features language that functions as brooding emotion, character development, and a way for the reader to probe into their own existence. When Libby Day, at seven years old, listens to the murder of her family in the room over, her life is changed, and her path decided. Libby helps send her brother, Ben, to prison for the murders. When Libby’s funds begin to run out, she is compensated by the Kill Club to investigate the truth of that night.

Flynn opens the novel in a hard-hitting way: “I have a meanness inside me, real as an organ. Slit me at my belly and it might slide out, meaty and dark, drop on the floor so you could stomp on it” (1). Flynn’s ability to create vivid, gritty images with the beauty of her language is perfection. Flynn uses the genre of horror in both downplayed ways, such as the most amazing opening line, as well as blatantly. The descriptions of the murders are vivid and nearly unstomachable: “Outside the closed door, where I couldn’t see, my mother was wailing and Ben was bellowing at her. There were other voices too; Debby was sobbing, screaming Mommymommymommymichelle and then there was the sound of an axe. I knew even then what it was. Metal on air – that was the sound – and after the sound of the swing came the sound of a soft thunk and a gurgle and Debby made a grunt and a sound like sucking for air” (42). Flynn’s ability to chill the reader with her descriptions of the murder of a child is horror if I ever had a definition for one. That shiver down a reader’s spine is not easy to create, but Flynn summons these moments with her words.

In no way am I saying that Flynn is the best writer ever. In fact, always be skeptical of writers. I am really just asking us to give her next publication a shot. I see the potential she has to create truly stunning terror and hope that she uses this potential more in the future instead of writing a mindless story for a general public. She has the ability to create shivering scenes and I want to see more of this talent. I just hope you’ll join me in giving her another shot as a horror lover in the future.

Related Topics:gillian flynn
Up Next