When Pauline finally came to, she was facing the street from within the front window of the Treasure Trove, the bright sun glaring like a beacon through the glass.  She stood immobile, frigid and unflinching.  She wore a jaunty low cut red and black pinstripe A-line dress with off the shoulder sleeves.  Her black pantyhose-covered legs were spread slightly apart, her feet seemingly balanced in thin candy apple red stiletto heels with the unobtrusive metal rod holding her in place tucked in the folds of her skirt.  Her hands rested flirtatiously on her hips, long fingernails perfectly manicured to a bright glossy crimson.

Despite the operatic music playing in the background, she heard the bell call attention to the yawning front door, and a young woman entered just at the edge of Pauline’s vision.  She recognized the girl from the fashion program at the College of Art and Design, a newcomer a year or two behind Pauline.  Betty Lou’s brash voice resounded over the register, “Welcome to Betty Lou’s Treasure Trove.” as she began chatting nonchalantly with her visitor.

“Ooh – you have mannequins!” the college student gleefully squealed as she wormed her way over to the graceful pirouetting form that had drawn Pauline on her first visit, smoothing over her green dress while snatching a glimpse at the price tag.  Unsurprisingly, there was no SOLD sign to be found.

“I see you like that one, hon,” Betty Lou’s voice cracked as she rose from her Papasan nest, propping herself up on her sturdy metal walking cane. She continued speaking as she edged her way towards the new visitor,  “I can cut you a deal on it.  I’ll make you an offer you can’t refuse…” 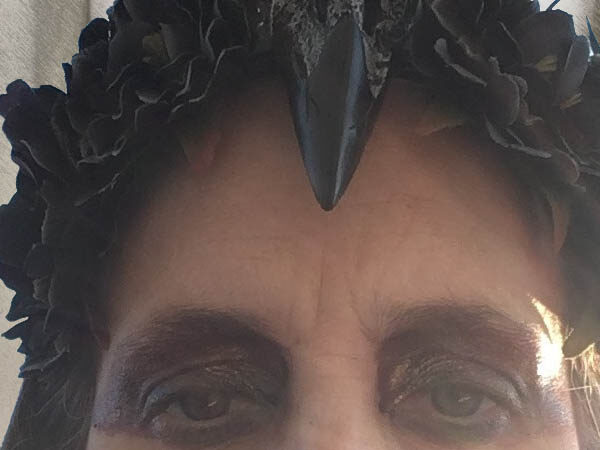 American Horror Recap: Apocalypse, Boy Wonder We’re still in the past for this episode of American Horror Story Ap… https://t.co/QpnxX5mRsu
3 hours ago