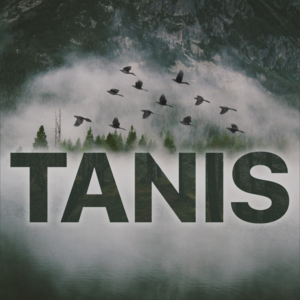 There were buzzing things

Here we are, the second half of the last season of Tanis.

Well, there is a season five. But it’s only available on Stitcher Premium. We’ll get to it soon, worry not. Because as always, this season left us with a cliffhanger that cannot be forgotten.

Let’s start with the sensory deprivation tank. The idea that started as Carl’s but turned out to be much, much more.

I love how this started so innocuous. It was a crazy idea of Carl’s. Then, it was part of the whole plan to get Nic in touch with the blur. This brings up so many questions! Is Carl working against Nic, or is it a coincidence? I have no idea.

While Nic’s playing about in pools, the character known as The Father is sneaking around, doing who knows what. There are some small sightings of him, but no real interactions.

Except for one. In a hypnotherapy session, The Father meets with Nic. He tells him to stop talking to his therapist. Honestly, I’ve been saying that for some time.

The end of this season brought many shocking revelations. Enemies become friends. People who seemed trustworthy are questionable. Answers feel like they’re forthcoming. And through it all, Nic doesn’t think he can trust anyone but MK, Carl, and himself. He’s trying to find Veronika, who he hasn’t seen in quite some time.

At least not in the real world. Over and over they see each other in interactions from sensory deprivation pools. And every time, she tells him the same thing.

Assemble the map. Collect three people to go into Tanis, find the blur, and stop the Apocalypse. Not that he ever listens.

I don’t know if this is poor writing. It feels a little lazy, as though the author isn’t sure how someone talks to a person who might be losing his mind.

It might not be, though. As I’ve mentioned, I’m not sure that Nic is a trustworthy narrator at this point. How are you feeling, repeated over and over. It could have a meaning that we don’t yet understand.

I’m satisfied with the story so far. And I can’t wait to see what happens next season.

Related Topics:
Up Next

Last Podcast on the Left 36: Sandwiches in the Matrix