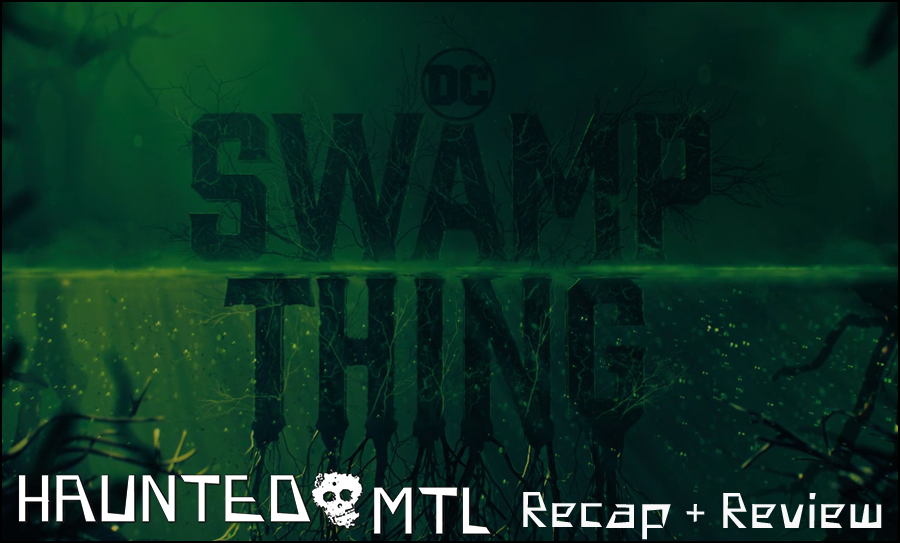 We’re entering the last half of the first and only season of DC Universe’s Swamp Thing. Can swamp monsters cry? Because I know I sure can…

The Story So Far

One of the big momentum-shifting moments of this week follows up on the thread that Matt Cable might have been responsible for the death of Alec Holland. After a tense scene in the swamp with Matt and Abby converging on Swamp Thing, Matt learns that the creature used to be Alec Holland. Wracked by guilt, Matt fills Lucilia in on the fact that he did kill Alec, on behalf of Avery Sutherland to protect her sins from being laid bare for all to see.

It looks like a reckoning may be coming for Avery, but from whom? Abby, Lucilia & Matt, or his own wife, Maria? Time will tell. Speaking of Maria, however, she is still in the hospital from the events of the last episode.

Serious movement on the Blue Devil-front this week. Comatose from the attack on Liz last episode, Daniel Cassidy is very much brain-dead with little chance of recovery. While in a coma-state, however, we do get to enjoy the origins of Daniel’s bargain with the Phantom Stranger that seemed to have put him on the path to an eventual blue alter-ego.

Of course, Daniel cannot stay in a coma forever, so Jason Woodrue, driven by a thirst for results, injects Dan with a compound composed of Swamp Thing’s genetic material. Dan regains consciousness, but bursts into painful flames. By the end of the hour, he ends up back in the hospital, but thankfully Madame Xanadu is there to ease his pain.

Flowers in the Swamp

Still grappling with his nature, Swamp Thing and Abby retreat to Alec Holland’s lab to discuss what can be done. As Swamp Thing begins to understand the nature of the Green, he is also able to articulate what it is, and using his connection to nature shows off a bit.

What comes as the biggest surprise, though, is his growing a flower from his body that has hallucinogenic properties, allowing Alex Holland’s form to overwrite the swampy body of the Swamp Thing.

Finally seeing some pieces sliding into place with Swampy’s understanding of the Green, and Daniel’s morphing into Blue Devil is a real highlight for Swamp Thing fans. The raid at the beginning of the episode, however, with Swamp Thing taking on a pair of hunters using the swamp as a weapon was a real treat.

The Final Verdict on Swamp Thing

This week delivers a tender moment pulled straight out of Saga of the Swamp Thing with Swampy growing a hallucinogenic flower. It is great to see the show going for some of the trippier aspects of the character.

We’re growing ever closer to a full-on Blue Devil, which is exciting to see. There was also, of course, more of the Phantom Stranger.

Something is hungry, vicious… and maybe Canadian in new “Antlers” trailer