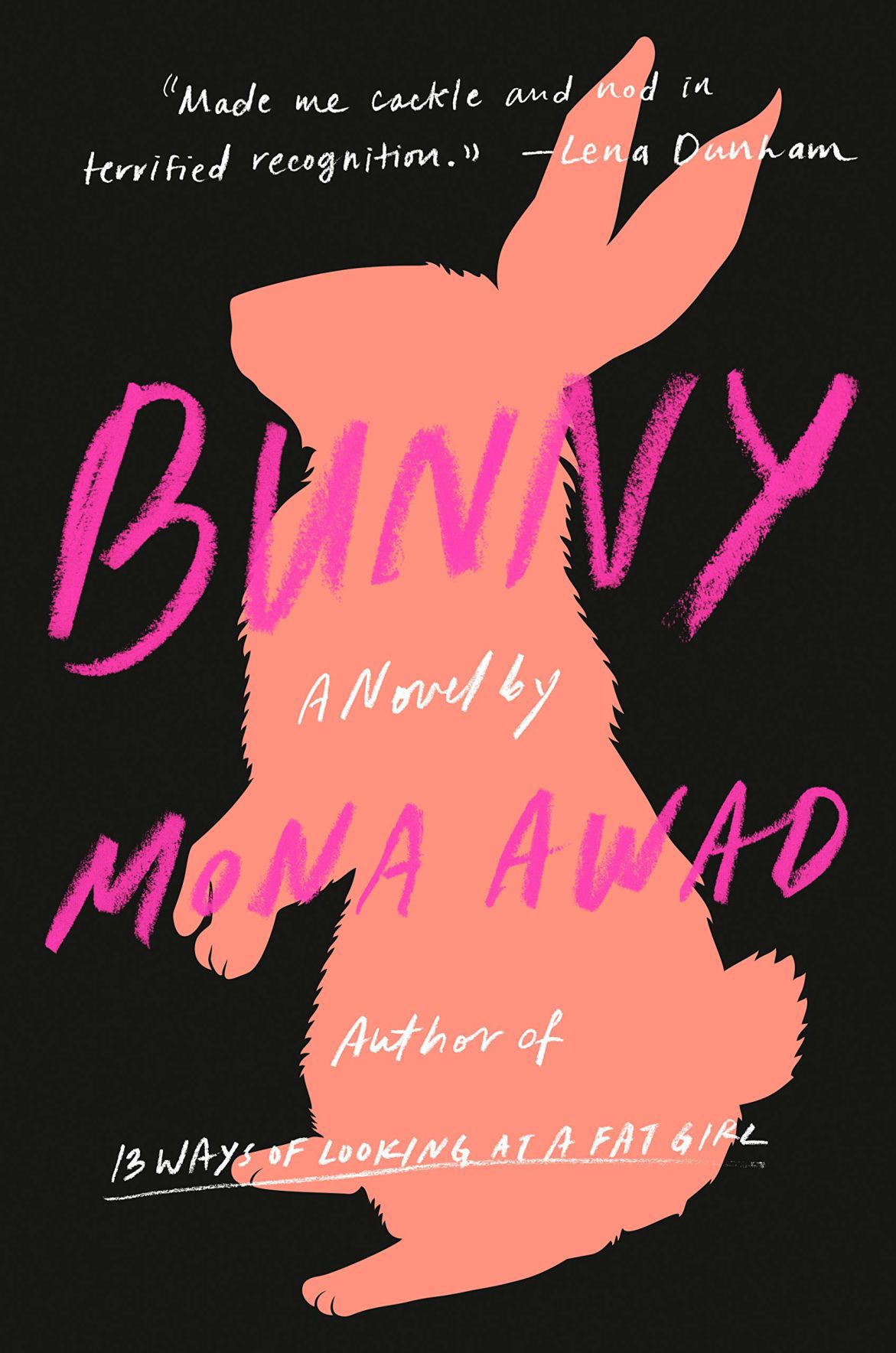 Mona Awad’s Bunny is a grotesque, Ivy-League version of Mean Girls. It involves some truly hideous and harrowing moments, but always couches those in sarcasm and black comedy. I won’t be spoiling the book in this review, so I can’t get into the exact details of what goes down, but I will give you an overview of how smart this book is and why I liked it so much.

Samantha Heather Mackie is a graduate student getting her creative writing degree at Yale- I mean, Warren University. She is a writer, but doesn’t fit in with the rest of her class. At the top of the social hierarchy are the Bunnies, a group of wealthy, pretentious women that spend all their time together and gather for their own private readings. Samantha is surviving on her own, bolstered by time with her sarcastic friend, Ava, until she gets invited to The Bunnies’ private reading time. From this point forward, Samantha gets further and further sucked into the world of the Bunnies. It’s a more horrific world than she could have imagined.

I wouldn’t classify this book as weird fiction, but it definitely becomes pretty bizarre. What worked really well for me about this book were the body horror elements and the perspective. We spend the entire book in Samantha’s head, experiencing her descents into and out of madness alongside her. Being trapped in Samantha’s mind was where the horror truly came through.

I also really loved how Samantha and Ava never failed to call out the elitism and classism of their classmates, while at the same time envying their privilege. This entire book is a satire on Ivy League elitism. We’ve all known a Bunny. Someone who believes they’re morally superior based on where they went to college. Someone who won’t shut up about how great their time at [insert top school here] was, how many connections they made there. If you’ve ever known someone like that, this book will resonate with you. Awad nailed that condescending culture. Because of that authenticity, the black comedy really worked.

Where does storytelling come in?

Aside from being a wickedly funny satire, Bunny is also a book about storytelling. Samantha, our protagonist, is a writer herself (and not in a frustrating, self-insert way that a lot of authors do it). She spends a lot of time thinking about writing. By the end of the novel, you realize that everything the Bunnies did was a metaphor for writing a story. This realization came to me slowly as I read the last chapters, and made me instantly want to reread the book. Bunny makes literal, and grotesque, the process of telling a story.

Ultimately, Bunny is a creepy but hilarious book that tears down the superiority complexes of people that go to elite schools. It is a book that you can analyze deeply, and has a perfectly executed plot twist. I do think it was too long and a little confusing, but I enjoyed it nonetheless. I think you would love this book if you enjoyed I’m Thinking of Ending Things. This is a book I’m going to be thinking about for a long time.