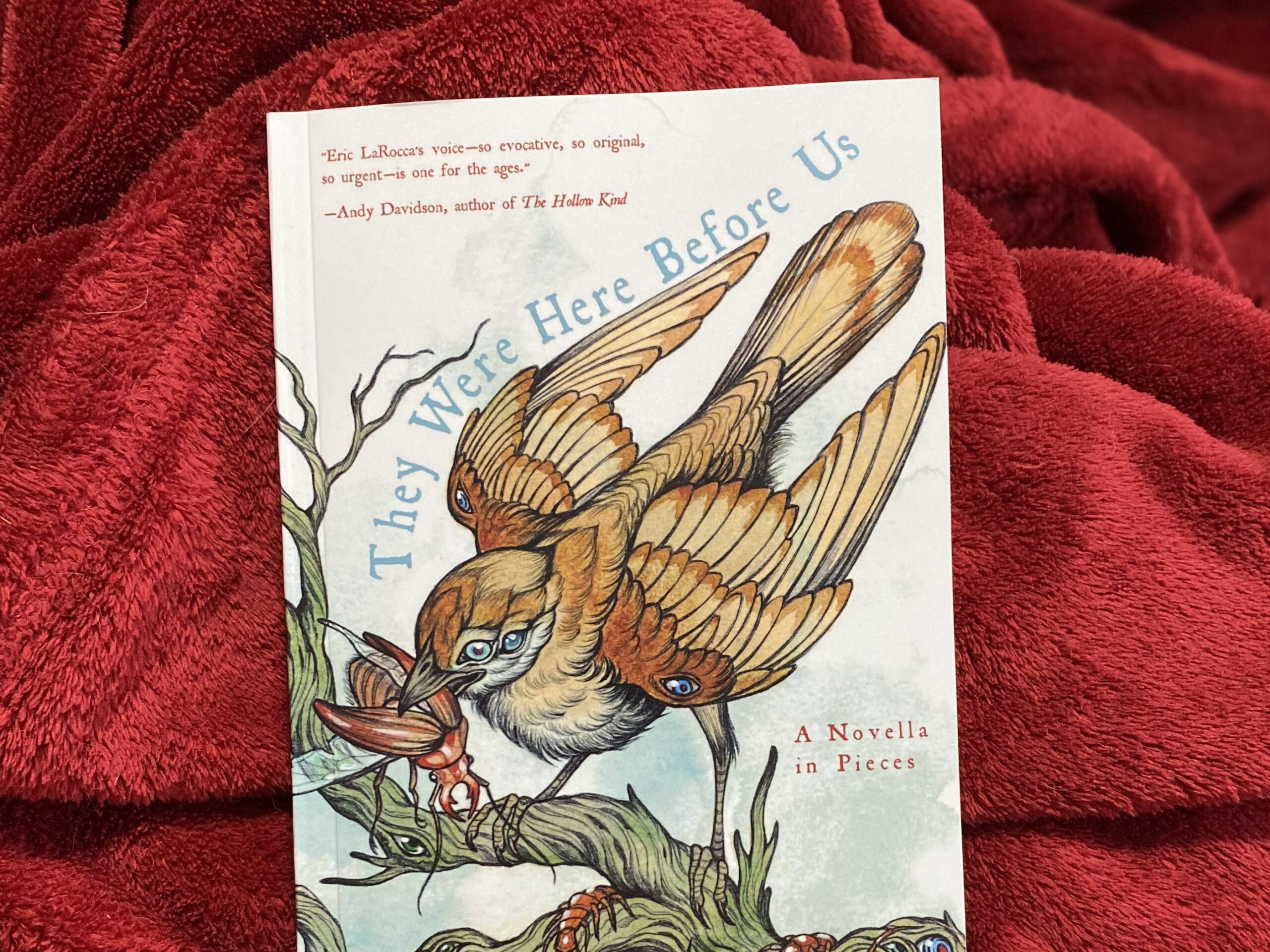 They Were Here Before Us Book Review

They Were Here Before Us is a 98-page novella-in-pieces by Eric LaRocca and independent horror publisher Bad Hand Books. Eric LaRocca is a Bram Stoker Award®-nominated and Splatterpunk Award-winning author best known for the short story collection Things Have Gotten Worse Since We Last Spoke and Other Misfortunes published by Titan Books. Similar to his other work, They Were Here Before Us is a collection of short works. It contains a total of six self-described novelettes, vignettes, and short stories that are centered around the theme of loss and love, with the back cover summarizing succinctly, “The only thing more brutal than nature is love.”

As a collection of works, They Were Here Before Us has carefully selected and well-written prose. It was accessible in its descriptions, word choice, and sentence structure. All the stories were grisly though I found the gore mostly tasteful and not too excessive. Beware, my stomach did turn once or twice in the more challenging scenes, so I wouldn’t recommend for queasy readers.

Four of the six works have animal protagonists, a unique twist on typical horror scenarios. In fact, I particularly enjoyed the description of the mundane horror of everyday events within the animal kingdom. The book excelled at capturing that novel perspective. I did also appreciate the diverse representation of humans throughout the book, as all the (living) adult characters were explicitly queer.

My favorite works from the collection were “All That Remains is Yours to Keep” and “A God Made of Straw”. Both stories are from the perspective of animals, a beetle and a crow respectively. They told tales of everyday violence and love for both humans and the animals around them. I found the perspectives within these two to be particularly gripping and interesting to consider.

Also worthy of note, is that the book is filled with stunning art from Caitlin Hackett. The cover depicts her full-color work while the inside pages feature black-and-white renditions. I was blown away by the pieces associated with each story as well as the creepy accents placed throughout the pages. As a biologist and lover of cosmic horror, I felt like her art was made just for me.

Most of the stories asked, “What if we observed the horror of an everyday phenomenon from an animal’s perspective?” and I felt the collection was the weakest when it diverged from that idea.

My least favorite story was the final one, “When It’s Dark Out”. I found it to be weakest in terms of general plot as well as overall connection to the rest of the stories. I didn’t find myself as gripped and likewise, plot holes were harder to forgive. The story was about the supernatural, while the other stories mostly tackled the mundane with some speckles of surrealism. I also found its connection to the reoccurring animal imagery to be weakest as well.

Additionally, I wasn’t incredibly enamored with “Delicacies From a First Communion”. Instead of a wild animal, it is told from the perspective of a rich man’s pet chimpanzee, a perspective I found to be considerably less enticing and relatable than the wild animals. This story also hints at implied bestiality, which felt like a cheap plot point considering the more innovative approaches to how nature, love, and brutality intersect within the other stories.

I didn’t dislike any of the stories, but during my reading, I definitely found some stronger than others. Overall, I enjoyed the novella and recommend it to those looking for a quick read with exciting concepts, quality prose, and compelling characters. However, if you’re squeamish about gore, death, or children in harm’s way, I would suggest you find another book.

It Came from the Closet

Who Can You Count On When The World Is Dark? David Koepp’s “Aurora” Asks