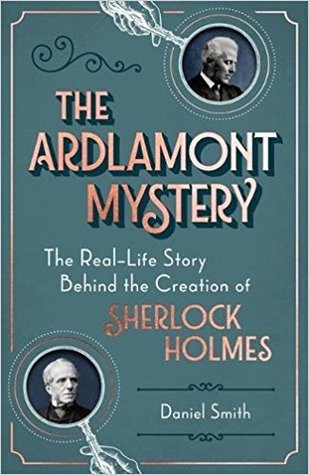 As John Mulaney said, “it was really easy to get away with murder before they knew about DNA”, and he was right. It was also ridiculously easy to commit insurance fraud. So easy that reading about it feels like watching a silly money scheme in a soap opera. Young, handsome and naive, I introduce Cecil Hambrough. A young man who died under mysterious circumstances while on a hunting trip in 1893 in what would become known as the Ardlamont Mystery.

On the afternoon of the fateful day in 1893, Cecil was in the woods with a man named Alfred Monson and a man of greater mystery going by the alias Edward Scott. Real name Edward Sweeney. Sometime during the afternoon of their trip, Cecil was shot dead and left in the woods. Monson and Scott/Sweeny returned to Ardlamont House, an estate they were renting for the season, and announced that Cecil had been shot. A terrible accident they claimed the boy caused himself when he tripped and fell. They said this only after the butler questioned them while they were having tea in the dining room. As if that didn’t look suspicious enough.

What followed was a shocking criminal investigation that went way beyond the average dog and pony show. Keep in mind that during this time, all the way over in the states, H.H. Holmes was also running amuck, displaying the disquieting influence of the criminal mind. But The Ardlamont Mystery isn’t just about Monson and Hambrough. Showing that there’s more to history than simply an event locked into the past, author Dan Smith explains the very unique connection the crime has with modern-day and the one and only Sherlock Holmes.

Just to clarify, neither Monson nor his crime influenced Sherlock Holmes or any of his cases directly. The first Sherlock story, A Study in Scarlet was published in 1887 and the Hambrough murder occurred in 1893, but the two share a unique connection that we’ll get to later.

The Ardlamont Mystery by Dan Smith is a very technical book that’s a mix of true crime, historical study, and trivia. Much of the book revolves around Dr. Joesph Bell and Dr. Henry Littlejohn, two of the frontiers of modern criminal investigation and forensic study. They were two very incredible men that helped jump-start the Golden Age of forensic sleuthing; “the sort of men upon whom empires are built.”

Even though this book is about a murder, it doesn’t spend as much time on the actual murder as it does on what comes after. The Ardlamont Mystery is about Monson’s defense against what seemed like an obvious conviction. After the murder, or accident, came the trial which involved Bell and Littlejohn, and Monson looked about as guilty as O.J. Simpson. We all know how that trial ended though and this one isn’t much different. Most of what Monson’s defense team came up with wouldn’t hold up by today’s standards but it was perfectly acceptable for the jury of then. With little to no hard evidence, everything presented at the trial was pure speculation and circumstantial evidence with the Defense doing nothing but spreading doubts about the Prosecution.

In the end, it all came down to where they found Cecil’s body. I’m not going to recap every little piece presented at the trial. Just trust me when I say that Monson was guilty. Unfortunately, it was a very much a “he said he said” situation and no one could figure out where Cecil landed when he died. The entire case against Monson fell on the assumption that Cecil died where he was found while the defense based their argument on the claim that he fell in a ditch and was carried out to where he was found.

The jury couldn’t figure out what was going on and was apparently swayed by the charm emitting from Monson. They decided he was “not proven” on the charges of murder. Monson ended up going to prison several years later for insurance fraud. By the way, the murder of Cecil was likely driven by Monson’s need for easy money. He had a $20,000 policy on Cecil’s life that he lied about and later tried to cash in.

Two additional interesting topics presented by Smith in The Ardlamont Mystery both involved public perception. During this time, information on criminal behavior was limited and people were as they always are, frightened of what they can’t identify with. The acceptable perception of criminals was that they were hideous with deformities, had usually large noses or ears, and lived in poverty. Monson, being a white man from a well-known family, was simply not acceptable as a criminal.

This, however, just fueled the public’s natural obsession with the macabre. Tabloids have not changed at all by the way. Monson gave his own, and fictional, version of events in The Ardlamont Mystery Solved when he thought he could make a quick buck off public interest. It’s currently out of print but if you can find a copy I’m sure it’ll be a hilarious read. From what critics of the time said, it’s just Monson lying about how nice of a guy he is.

The connection with the great Sherlock Holmes takes place in the form of the two men who testified at Monson’s trial. Dr. Bell and Dr. Littlejohn, the forensic sleuthing frontiers. The author of the Sherlock Holmes adventures, Arthur Conan Doyle met Bell in 1877 and served as his clerk at the Edinburgh Royal Infirmary. Bell was his mentor, teacher, and friend and was famous among students for his incredible powers of deduction. He could look at a patient and diagnosis them based on their appearance and demeanor. Bell was involved in several police investigations, usually working alongside Henry Littlejohn, who was also brought into the mix when Doyle created Holmes.

It was their presence, particularly Bell’s, that made people so interested in the trial’s outcome. When they became part of the investigation, people became very interested in their statements, wondering what the real Sherlock Holmes would say.

I’m giving The Ardlamont Mystery two separate ratings because even though it details a criminal event, it’s not really a true crime novel but actually an account of how real-life influenced fictional life.

As a true crime book:

As a nonfiction book