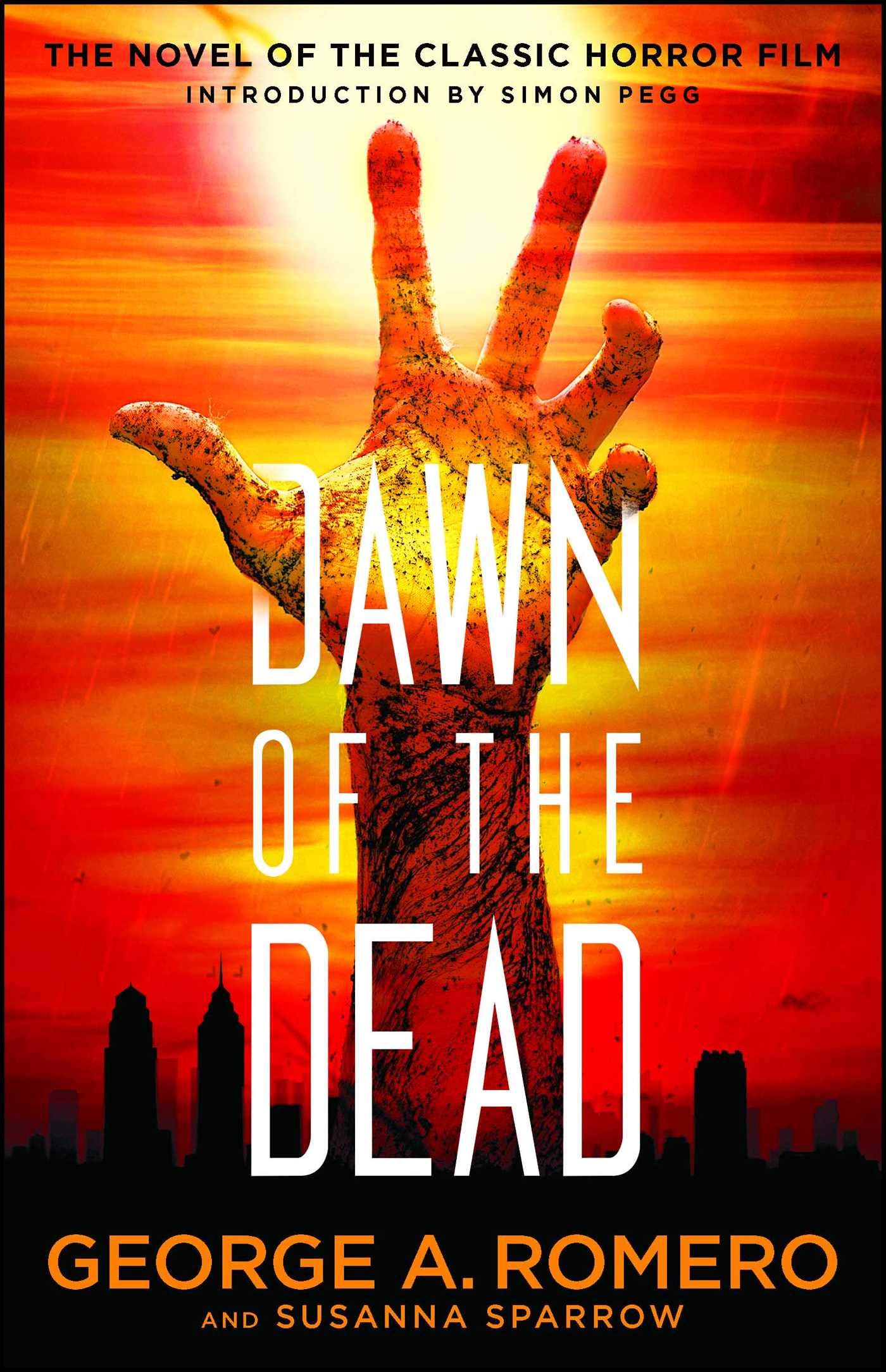 1978’s Dawn of the Dead is one of the most influential classics in the horror genre, and particularly in the zombie genre. At first blush, the idea that the novelization to such a film would be a quality book given the source material makes sense. A great story should translate at a very basic level.

That’s not entirely the case for the novelization of Dawn of the Dead, sadly. Originally published in 1978, shortly after the release of the film, the novelization has the feel of a slapdash cash-in. Co-authored by George A. Romero and Susanna Sparrow, the book adapts the screenplay of the film with minor additions. While paced fairly well, it is a pale imitation of its source.

What Works About the Novelization?

I can offer this much in the favor of Dawn of the Dead: It was good enough that I finished it over the course of successive nights before bed. It’s not a particularly challenging read, but there is some value in the familiarity of it. The core story is good, classic, even. Being lifted wholesale from the screenplay, all the strengths (and weaknesses) of the film are laid out on the page. Dawn of the Dead remains Dawn of the Dead. It is just the way it is experienced has changed. Regardless, the core story, the experience of Roger, Peter, Stephen, and Francine, is right there and it entertains and thrills on occasion. This can be enough sometimes.

Some of the additions are interesting and ultimately rather disconcerting. The novel’s first two chapters, our introductions to Stephen and Francine, and Roger and Peter are the best chapters of the book. This is where the book feels the most like a serious attempt at translating the screenplay to prose and is where the novelization is likely to hook most readers. The depiction of the chaos of the newsroom and the tenement raid in successive chapters is some of Romero’s social criticism in overdrive. It is also where the voice of Sparrow, as co-author, is strongest.

The novelization is breezy and the pacing is pretty good overall. If you have seen the film, nothing about what I am about to say is a spoiler. But the story moves into overdrive after the death of Roger and before I knew it I was in the finale, the final crush of zombies and all. At 232 pages, the last near 30 pages feel almost like a sketch in comparison to what came before. Regardless, it cannot be claimed that the book is at all slow.

What Doesn’t Work About the Novelization?

Ultimately, the flaws of the novelization come down to a couple of things, all related to the novel’s usage of a third-person omniscient point of view. The film uses this as a shorthand in echoing the cinematic eye of the film, but ultimately this does cause a great many problems and really drags down the experience of the book.

The first major issue is that we are told rather than shown a great many things regarding character thoughts and motivations. Peter, a fascinating character in his own right, played with magnetism by Ken Foree in the film, is almost a parody in this adaptation. Whereas the film could sell the quiet, calculating and ultimately tragic characterization of Peter with the emoting of Foree, the book literally lays out his internal thoughts in such a way it comes off as frankly amateurish. With so much access to the character’s heads, it all comes off as too much. And it is so, so much worse for Roger, the heart of the story’s damnation of greed and consumerism and masculine rage. All the characters have their moments on internal thought spelled out in such a manner. Subtlety and subtext completely abandoned.

Third-person omniscient narration can lead to confusion as well. Perhaps it was because I was reading the novel before bed and my concentration took a hit, but I often had to re-read paragraphs frequently. I found myself suddenly thrown by a jump from a moment with two characters in one location to another location with a different character, much later without so much as a transition. The irony is that in the film, these moments in the film are clear due tot he cuts; I was not so fortunate here. The novel does little to create some form of transition between scenes. It’s particularly a problem in the last third of the novel. A montage of excess and malaise in the film does not translate to prose without some sort of editing trick.

Ultimately, the book feels like a prosed-up version of the screenplay. Substantial additions are few and far between, primarily located in the first couple of chapters. From then on, however, the story is merely that of the movie without any real care of playing to the strength of the written word. There was so much potential. For example, there is the presence of a pet store in the novel and a puppy named Adam that comes off particularly alarming given the implications. Perhaps a more serious adaptation may have explored that further.

I think I can find no more damning praise for the Dawn of the Dead adaptation as a book than the fact the Amazon listing for the book lists the following under the synopsis of the novel:

“Dawn of the Dead is one of the best horror movies ever made.”

The great zombie story deserved better than this hasty novelization.

You can find the Dawn of the Dead novelization, published by Thomas Dunne Books and St Martin’s Griffin, on Amazon.