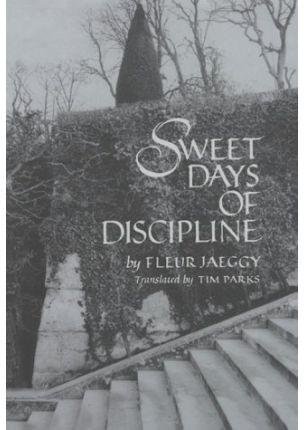 This novella and its schoolgirl narrator pack a punch. Our narrator recounts her boarding school days and her obsession with her best friend. The text takes us through time, skips forwards and backwards, giving the reader a look at the narrator’s time at boarding school, her relationships with others, and her internal thoughts as well. The setup of the novella in this way works in extreme advantage to the subject material. The narrator’s obsession with her best friend is unsettling and reaches a level where it is definitely creepy and mad.

And if she realized that some girl or other was worried she would take her by the arm. No one’s died, dear. But there was bitterness in her eyes now.

This small text is complexly unsettling, while also capturing a portrait of a boarding schoolgirl and her struggle with her sexuality as well as boundaries and her own obsession – that most of the time, she knows is manipulative and unhealthy. While something is not right with the narrator, her best friend Frederique is off too. The narrator describes her: “When Frederique drew me into that kind of conversation, which in any event I admired, there was an atmosphere of punishment, an absence of lightness, she was not frivolous. Her face was as though honed, the flesh covering the bones became sharp. I thought of her as of a sickle moon in an oriental sky. While the people sleep she cuts off their heads. She was eloquent” (39). The narrator is extremely obsessed with this other girl, but not because she is beautiful or fun, but because she is harsh and brooding. Frederique is not angelic, but rather she is intense and unsettling.

These two characters pair together in the novel to create a narrative titled into unknowing. The reader can never fully trust our narrator, and the characters as a pair are toxic towards each other. Just a page after the narrator is describing her admiration for Frederique, she threatens a life and describes how Frederique and herself are violent: “Frederique was violent. I was only violent – I can think of no other way to put it – carnally. Even though I was already grown up, I wouldn’t have minded a physical fight. I could have wrung my German room-mate’s neck. Her languid neck offered itself, but I had been brought up a lady. Just for fun, grab hold of her to test the strength of my hands” (40).

The novella has so many of these moments that make the reader question who Frederique and the narrator are and how mad either of them are. The brilliance in which Jaeggy veils the true nature of the characters is stunning. The narrator, on many occasions, expresses her obsession with Frederique: “It seems pointless repeating that I took no interest in any of the other girls” (41). This level of obsessive madness that we come to, even before the halfway mark of the text, is riveting. The reader is a voyeur into the relationship as well as to the narrator’s seemingly internal struggle with suppressed homosexuality. I could go on, but this text is just truly stunning. So much under the surface with so few words above it.