If you’re into true crime, Yvonne Mason’s work shouldn’t be missed. Her ability to translate a story the world thought was over is both necessary and honorable. Mason pulls from strenuous research and intuition. Read on to learn more about who this talented indie author is, and what makes her tick.

With various creative outlets available to you, why write?

I write because I have to. I’ve been writing since I was in first grade. There have always been stories in my head. I see a story in every one and everything. Writing is a way to connect to the past – the present and the future.

There have been those who did not understand my writing- who were critical of my style of writing. However, that never stopped me. There were teachers in school who wanted me to write their way, that did not go well at all. So I use all of that to draw on as I put pen to paper. Life is an outlet for writing. My background in criminal justice is an outlet, my children are an outlet. And then there are the voices in my head which create their own stories and drive me up a wall until I write their story.

Life is filled with horror. Domestic violence, murders, serial killers, you name it, for example. When we face those horrors and stare them down it makes our life less horrific. When I wrote Silent Scream, which is classified as a true crime, I wrote it with all it’s horror. One of the nasty reviews noted it was too graphic. I laughed. What did the reader want? A dumbed down version because it might offend their delicate senses? But yet, that same person might read one of my fiction horror stories and jump for joy. To the reader it is not real, therefore it does not offend their delicate senses.

Horror is meant to make one stop and think- it reaches to the inner most parts of our psychic- those closed doors that we never want opened. That is why I write horror.

Tell us about your creative process.

My creative process is as eclectic as I am, I may work on a book for a year or more before it is finished. I find a subject that grabs me and I research it to death. I want to make it as real as possible, especially the true crimes.

When the voices start I know better than not to write it like they want it written. If I try to write it like I want to write it, chaos ensues. Over the years I have learned to listen to those characters, they know how they want to be heard. When I do that the story flows faster than I can type. I also do photography and paint, and sometimes my stories come from that avenue.

Sadly, after my husband died in 2018, they went silent. I guess they thought I needed the rest. However, they are slowly returning and wanting to be heard.

There are two pieces I am most proud of. The first one is the reason I am successful, the first work I published. It was over 40 years in the making. It is not horror in the sense one thinks of horror, however, had my mother not been the mother she was with a faith bigger than life, it could have turned out so wrong.

The book is Dream Catcher, Failure Was Never an Option, and it is about my younger brother who is challenged mentally and physically. Had mother believed the doctors, he would not be the successful man he is today. He is my inspiration and my mentor.

My second book is Silent Scream. That was my first true crime and it kept me up at night. The victims are now a part of me. They live in my soul. I have been on TV four times because of their story. I have always said they drive that train.

The story is raw, blunt, and human horror. But it had to be told that way in order for the reader to understand what evil is like. To understand some of what the victims suffered at the hands of a serial killer. That book tore at my soul because it opened up the wounds my husband suffered as the lead investigator on the case. He was the reason for the book. He told me the story and the girls told me to write it. That book became real.

I was on the ID Channel twice, I was on a show in France and one in England, New Zealand and Australia. That book has gotten many mixed reviews because most folks when they read a true crime want a watered down version. It is written from a criminal justice perspective in the order of the crimes . I have told many folks, if you can’t stand the facts, this book is not for you. This book was for the victims – it was their story, and they told it like they wanted it told.

Name some pieces or creators who influence you, and tell how.

The first true crime I ever read was in 7th grade for a book report, In Cold Blood by Truman Capote. I had to write a book report on the book and fought with the teacher all the way through the process. She wanted me to answer the questions the way she wanted them answered, and even at that young age I knew she was wrong.

I had to write it four times. We all know that piece of work. It cemented my desire for writing true crime. At the time I had no idea how to go about it, but I soaked that book in like a life source. Edgar Allen Poe turned me on to classic horror with his House of Usher. That was the first horror film I watched again and again as a teenager. His work The Raven is one of my all time favorite poems. You see I am twisted –

I have not published anything since my late husband ended his journey here on earth. He was my sounding board. However, I am in the process of working on two new works. I am doing the research on Count Von Cosel, who kept a dead woman in his bed for seven years in Key West.

I am also researching the two brothers who were serial killers in Natchez Under the Hill – they were the Harpe Brothers and everything I have read about them would give a normal person nightmares. It just makes me want to know more. The last two books I published were The Mad Hatter and Do You Dare. The Mad Hatter is a historical horror fiction, and Do You Dare is a collection of my horror short stories.

You can find me or my work in the following places: 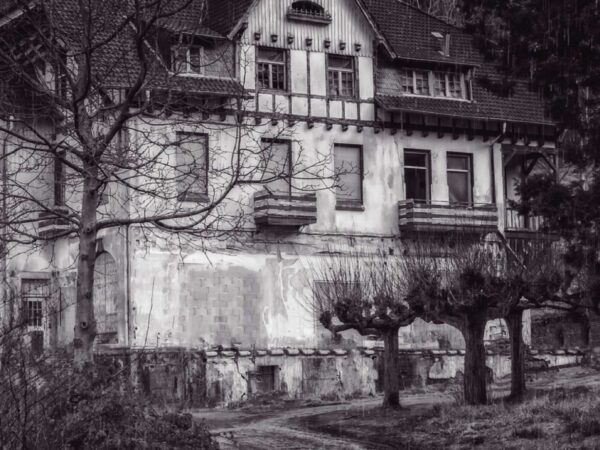 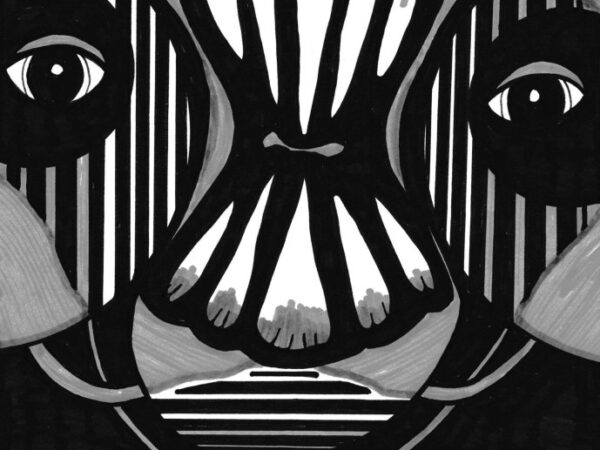