Starting this episode, I had two questions. One, is every episode going to be longer than the last? And two, why does Geralt have to pay for sex?

This episode left me with a lot of questions but in the very best possible way.

Geralt is visiting a town where a Witcher has recently been killed by a horrific monster called a shtriga. He digs into the situation and finds out that it’s the aborted child of a princess who passed away.

Rather than set out to kill the child, because after all, that’s what the shtriga is, Geralt 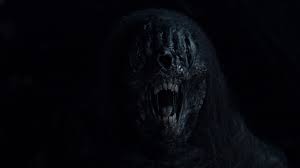 intends to lift the curse.

I love the story in this episode. Where one Witcher sought to kill the monster, he fell. Geralt sought to understand and survived. I assume I’m not spoiling anything since this is episode three of eight. And while there was some Game of Thrones like features of this episode, killing off the main character right out of the gate isn’t it.

While all of this is going on, Yennifer discovers that she can change her appearance at her graduation when she becomes a full sorceress.

This is her chance to do away with her deformity, and look just as beautiful as she’s 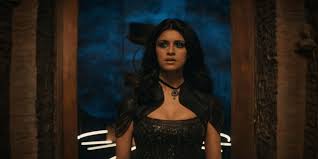 always wanted to look. But it will cost her her fertility.

I have all sorts of things to say about this. A woman giving up her ability to bear children in exchange for beauty isn’t going to sit well with any feminist.

But that’s not what happened.

I would have loved if they’d done the whole series with Yennifer as a hunchback. I’d have loved to see her be all badass and sexy even with her deformity. But that’s not her.

Yennifer doesn’t want to be beautiful for beauty’s sake. She understands that beauty is power. And after a lifetime of being treated as worthless, she wants power more than she wants anything else. And she’ll damn well get it.

This was probably my favorite episode so far. So rarely do I see such deep concepts discussed on a tv show. I hope we’ll see a lot more of it.

Dracula final episode: What does a 500-year-old warlord do in the 21st Century?

Speaking of #TomBaker - ⁦⁦⁦@bigfinish⁩ has a great sale on their out of this world 4th Doctor dramas… check out thi… https://t.co/BkdRuBTybo
9 hours ago