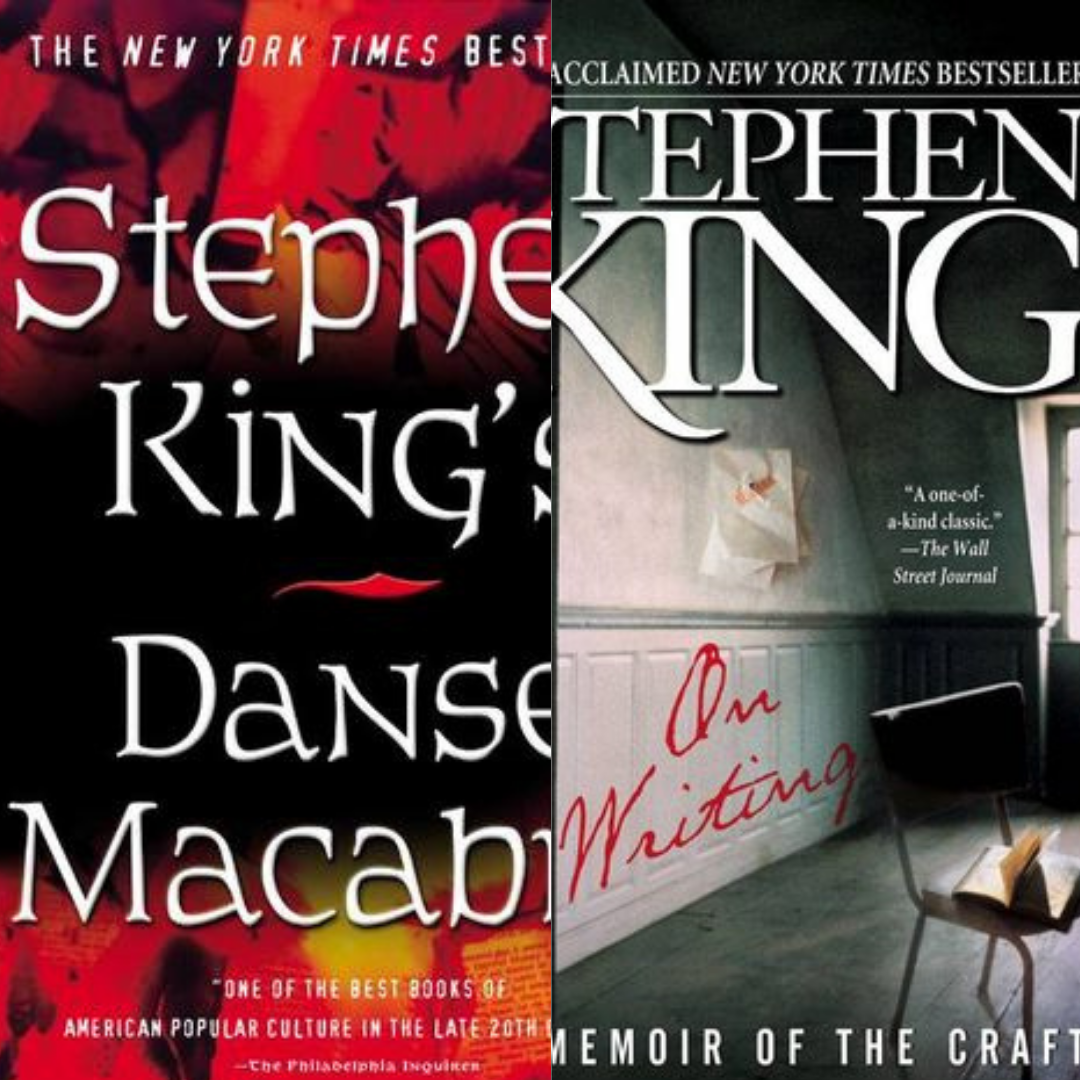 Stephen King taught me how to write.

Not in person, of course. I haven’t met him.

But he taught me how to write horror with two books that get looked over when people are talking about the best King works. I’d honestly say that anyone who wants to write horror should be required to read these books before they ever pick up a pen.

Today, we’re talking about Danse Macabre and On Writing.

If you’re an aspiring author, the first part of On Writing is one of the more comforting things you can read. From writing short stories on a typewriter in his childhood bedroom to having hundreds of stories beloved by millions of people, he for sure struggled. Do you remember the railroad spike of rejection letters from the first episode of The Stand? That was right from King’s youth.

The second part of On Writing is possibly the most entertaining writing manual you will ever read. Sentence structure isn’t generally riveting material for most people. But King writes with such a funny, conversational tone that the information is absorbed right along with the great stories.

Once you’ve got the basics from On Writing, it’s time to move onto Danse Macabre. This book is a primer for understanding the horror genre. It digs deeply into the roots of TVs, movies, film, books and even radio shows that have scared the shit out of people for six decades.

There is a whole chapter digging into some of the most classic archetypes of the genre. The vampire, the werewolf and the thing without a name. King also references the ghost as a fourth one but doesn’t show it as much attention. He discusses the roots of the archetypes, how they’ve evolved, and semi-recent examples. (The book did come out in 1981.)

Another big theme of Danse Macabre is a question so many of us have explored just as horror fans.

Why would someone want to watch/listen to/read that sort of thing? Kids getting sucked into sewers, crazy women intentionally breaking a man’s legs so he can’t run away, cocoa puffs that eat the universe. Why do we enjoy these things?

The easy answer is that we just do. Scary stories are fun. We’ve all known that since the first time some kid at a slumber party asked, ‘Have you heard the one about the guy with the hook for a hand?’.

The more complex answer is an explanation of socioeconomic pressures and a deep-seated need for cathartic exploration of death. One that anyone who wants to write horror needs to understand. And one that Danse Macabre explains perfectly.

Finally, Danse Macabre will leave you with homework. There are so many books and movies referenced in this book that you will just have to experience for yourself. The first time I heard of the cult classic Freaks was in this book. When you finish with this book, you’ll find yourself with a to-read list that is daunting. But what great, gruesome stories you’ll discover.

There is no book that you can read and become a perfect writer. But if you want to write horror, start by reading these two books.

Remember if you want to buy the books just click below and if you do, we get some $ from Amazon.

Related Topics:Stephen King
Up Next