Episode four of HBO’s The Outsider focused largely on the adventures of Holly. So it was a great episode in my opinion.

Holly’s been contracted to investigate Terry’s family visit to his father in Ohio. But, being her awesome self, she discovers much, much more. And it all starts with a scratch on Terry’s hand, that he got from an orderly at the home his father lives in.

That orderly, named Heath, was accused of torturing and murdering two little girls. He was visiting his mother when they were killed. His mother swore that he didn’t leave her side. But witnesses swear that they saw him, Heath, taking the little girls away.

Sound familiar? It did to Holly. So she kept right on digging. And she found a woman 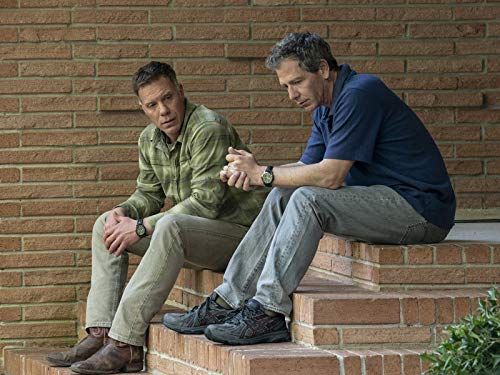 named Maria Caneles, who was accused of murdering a little boy. The same story as Heath and Terry, she was somewhere else when the child died. Had never seen him before. The only difference is, Maria is still alive.

Holly goes to Rikers to talk to Maria. What’s crazy is, she knows who is doing this. Who’s killing these innocent children, ripping apart the lives of their families, and the families of the innocent people accused of their murders. But she doesn’t dare speak its name out loud.

In a moment of what can only be called divine intervention, a woman overhears her at the prison. She invites Holly back to her apartment and starts asking her if she believes in God or the Devil. She asks Holly if she might be a devil. And, in a pure moment of Holly being Holly, she offers to show the lady her driver’s license.

The woman tells her that there is a boogeyman, a monster who comes for children. Who

makes meals of the children, then dessert of the grief of their family. El Coco, she calls it.

This leads to Holly doing what I’d call the scariest google search ever. Looking up pictures of the infamous child-eating monster while taking a bath. (Why, HBO? Why did she have to be in the bath? What’s that adding?

So with all this, you might be asking, where was Ralph? Well, Ralph was looking into the information Holly was feeding him. And he reached out to the bouncer at the strip club, one of the people who identified Terry the day Frank was killed. It just so happens that Terry accidentally scratched him, before leaving the club.

Books have some distinct advantages over tv. As Stephen King himself points out, they never run the risk of showing the zipper on the back of the costume. But video has its strengths as well. Actors bring a breath of life to characters. They can convey emotions with just a glance. We can be startled and frightened visually. There is, after all, no such thing as a jump scare in a book. This episode uses all of tv’s strengths to its advantage.