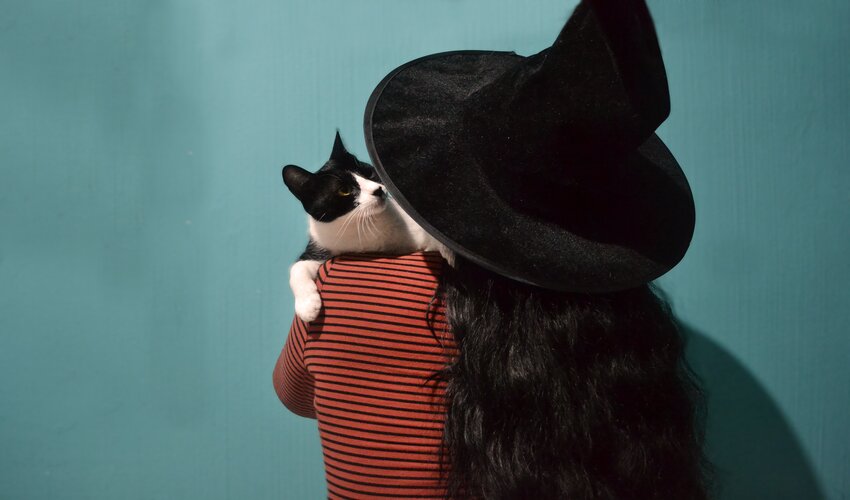 SALEM, Mass. — Members of a local coven report that their group is in an awkward position now that one of the witches has joined a multi-level marketing business. Coven leader Beatrix Graves spoke out about the tension in the group, which began when Aurora Darkmore, one of the coven’s newest members, became a representative for an organization known as “Spell Secretz.”

“When Aurora first started talking about Spell Secretz, most of us just kind of ignored it,” Graves explained. “But she really started putting pressure on us to come to her parties and buy that overpriced junk. The last straw was when she invited us over for a Mabon celebration, but she didn’t even plan any rituals. She did give us wine, but I think she was just trying to get us drunk so we’d buy something.”

Coven member Athena Willow also expressed her dissatisfaction with Spell Secretz. “I felt bad for her, so I ordered a smudge stick from her catalog. It was super expensive, and I really think it was just some random weeds in a rubber band. I didn’t use it,” Ms. Willow explained. “Who knows what kind of energy that would bring into my house?”

Items other members have purchased from Ms. Darkmore include presumably fake crystals that attracted bad luck and essential oils that gave more than one member a severe rash. “I feel bad for Aurora, because I know she’s got money problems. She keeps talking about manifesting prosperity and abundance, but she really needs to manifest her way out of that scam.”

Coven leader Ms. Graves went on to say that the witches are considering expelling Ms. Darkmore if she doesn’t stop harassing members. “We’re going to have to block her on Facebook if she doesn’t stop inviting us to those weird live events she does. She keeps saying people are asking for them, but we know it’s not true.”

When approached for comment on this article, Ms. Darkmore responded with the following email: “Hey Hun!! It was amazing to hear from you. By the way, have you ever wanted to be your own boss, manifest prosperity, and meet tons of other awesome spellbabes? I’ve got a super exciting business opportunity for you! Let me know if you want to join my downline!”

Upon hearing about the email, Ms. Graves rolled her eyes. “Spellbabes? Ugh,” she said. “Also, I’m already my own boss. I’m a freaking witch.” As of press time, Ms. Darkmore has followed up her original message with five more emails, three texts, and a Facebook friend request.