This episode opens with the family members of last episode’s deceased getting notified. Sookie calls Jackson, Alcide’s father, and Jason calls Hoyt to tell him about his mother. Jason becomes distraight after this phone call as it is still very painful that Hoyt has no memory of their friendship. Jason wants to console him but Hoyt asks if he knows him.

Pam and Eric are on a private plane and the two disagree on where they should go. Pam wants to go to Baton Rouge and start with questioning the mayor about Sarah’s location while Eric decides that the pair will go to Shreveport. Eric wants to get Willa even though she’s surely upset that she was abandoned.

Sookie visits Arlene’s children and speaks with them about staying strong. She decides that the only way to rescue Arlene and Nicole is to bring back Holly’s memories, no matter how badly she wants them to stay buried. Holly lets Sookie make her remember and they discover that the Fangtasia dungeon is where Arlene is being held. They also learn that Kevin is dead and Jason and Sam go tell his wife, Rosie.

1986: The absolute best part of this episode is the flashback to Eric and Pam arriving in Shreveport from France after the situation with the Japanese corporation. The Magister gifts Pam and Eric a video shop which they are required to run and give 80% of the profits to the Authority. Eric is appointed sheriff and the Magister explains that this is because the Authority does not trust him and this way they can keep him close.

1996: We get to see Ginger as a college student come into the video store looking for vampire movies. Ginger asks for an application to work for Pam and Eric.

2006: Ginger arrives to the video store with a big chair that we know later becomes Eric’s throne in Fangtasia.

Pam listens as Ginger tells her an idea for a vampire bar (now that vampires are out of the closet) called Fangtasia. Pam loves the idea and glamours Ginger into thinking Pam came up with the concept.

These flashbacks were so fun. Getting to see the origin of Fangtasia alongside the crew trying to rescue their friends from inside Fangtasia was very theatrical. Seeing Pam, Eric, and Ginger in their evolution of the relationship was super compelling and cool. More of this. Loved this.

Jessica is refusing to eat still resulting in her bullet wound not healing. James calls Lafayette and between Sookie and Lafayette, they get Jessica to eat and heal. It is clear that Jessica feels guilt over killing Andy’s daughters because that was the last time she ate.

Bill and Sookie assemble the team of willing vampires and humans to rescue Arlene and Nicole. Eric and Pam show up and join the fight after Eric has a super tender moment with Sookie. The compassion that Eric shows her in this private moment was soft and I loved seeing this side of Eric.

Eric summons Willa – who is clearly pissed that she was abandoned at two weeks old – and demands her to join them and commands that they discuss their personal issues later.

Sam sneaks into Fangtasia as a rat through the alternate tunnel only Pam and Eric know about. He tells the captives what is going on and that the vampires that are about to enter after him are friend, not foe. As the vampires get ready to enter, the infected vamps take Arlene upstairs and begin feeding on her. It’s not looking too good for her but Eric creates a distraction by knocking on the door and asking for shelter.

Eric says he brought his own human and Sookie enters the doorway with him. The infected vampires let them in since Sookie smells delicious. Just as one is about to attack Sookie, a fight breaks out. A vigilante group including Vince, Rosie, and Portia show up and throw Molotov cocktails into Fangtasia. All of the vigilante group are killed when the infected vampires attack them.

In the chaos, Arlene is to the point of near death. Sookie looks into her thoughts and sees that Terry’s spirit is visiting her. Terry encourages her to stay and Sookie gets a clean vampire to give Arlene blood. Arlene recovers and looks like she’ll be okay. Whew. I’m glad we won’t be losing Arlene.

Bill and the vampire team kill all of the infected vamps and everyone we care about comes out alive. Sookie and Eric share a look as the episode ends.

This episode as well as the last were extremely action packed and thrilling. I was on the edge of my seat. This final season is not disappointing – they are some of the best episodes of the entire series. 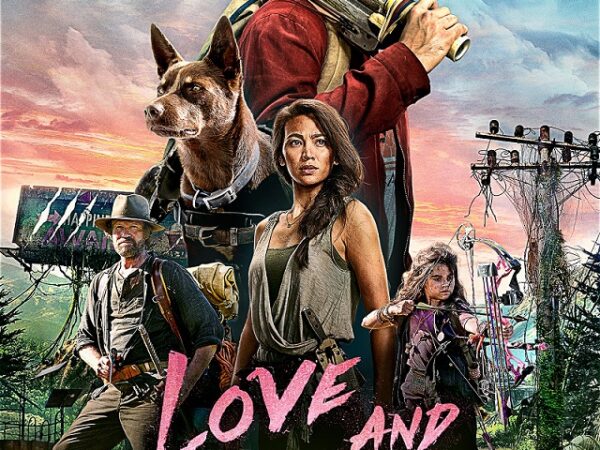 The FANGORIA Chainsaw Awards on Shudder, May 15