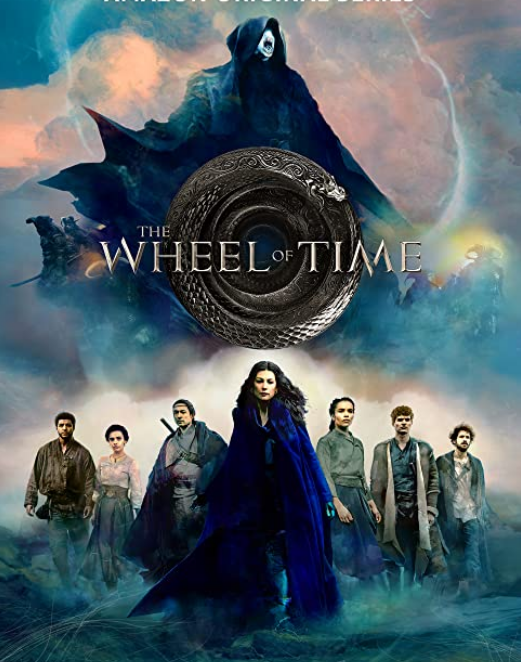 We’ve come now to the fifth episode of Wheel of Time. And for an episode that began and ended with funerals, this was kind of dull.

I’m not thrilled about it, but I get it. The world of Wheel of Time is a massive one. Sometimes we’re going to need to do some serious world-building. And it doesn’t mean this was a bloodless episode.

One by one, each of our groups has arrived at the white tower.

Moiraine, Lan, and Nynaeve are first, along with the group of red Aes Sedai and Lan’s friend, Maksim. Maksim is not doing well. His Aes Sedai was killed in the last episode if you’ll recall. And Warders don’t handle it well. It’s like having half of your soul ripped out. So, you know, not great.

Rand and Mat are in the city as well. And Mat’s looking like he’s on death’s door. He’s pale and shaking. Rand is almost sure that he can channel.

This isn’t helped when they see Logain, the False Dragon, being carted through the streets. He looks towards the boys and just starts laughing. Howling with mirth, really.

That just leaves Perrin and Egwene. They’re nearly at the White City with their Tinker friends. But they’re stopped by the White Cloaks. Aram, Egwene, and Perrin make a break for it but are captured. At least I think Aram was captured. We don’t see him anymore after this scene.

We finally get a name for the White Cloak who’s been menacing our crew the whole season, Child Valda. And he’s quite insistent on Egwene using his full title. He’s sure she’s able to touch the one power. And he wants her to prove it. So he starts cutting pieces of flesh from Perrin’s back.

And Perrin’s enough to hurt Valda.

They might have taken out Valda, but they’re still stuck in a White Cloak camp and grossly outnumbered. That is until the calvary shows up.

By calvary, I mean wolves. A pack of wolves attacks the White Cloaks, helping Perrin and Egwene to escape. And while the rest of the episode was meh, this was fantastic. I’m hoping we see a lot more of the wolves in the next three episodes.

Thanks for reading Wheel of Time, Blood Calls Blood. If you haven’t seen the episode, click here. Remember, we are an Amazon affiliate.

Related Topics:Wheel of Time
Up Next