We’re back on the survival horror this week with another Capcom classic – Dino Crisis. The first in the three-titled series (of which we shall not mention the subsequent entries) published in the peak of survival horror popularity on the Playstation One, and published in the peak of dinosaur popularity with the inital release of Jurassic Park, this little gem puts a spin on the term ‘survival horror’ by its focus on panic-inducing moments throughout the game. Without further ado, let’s jump into the merits of this scaly and bloody title. 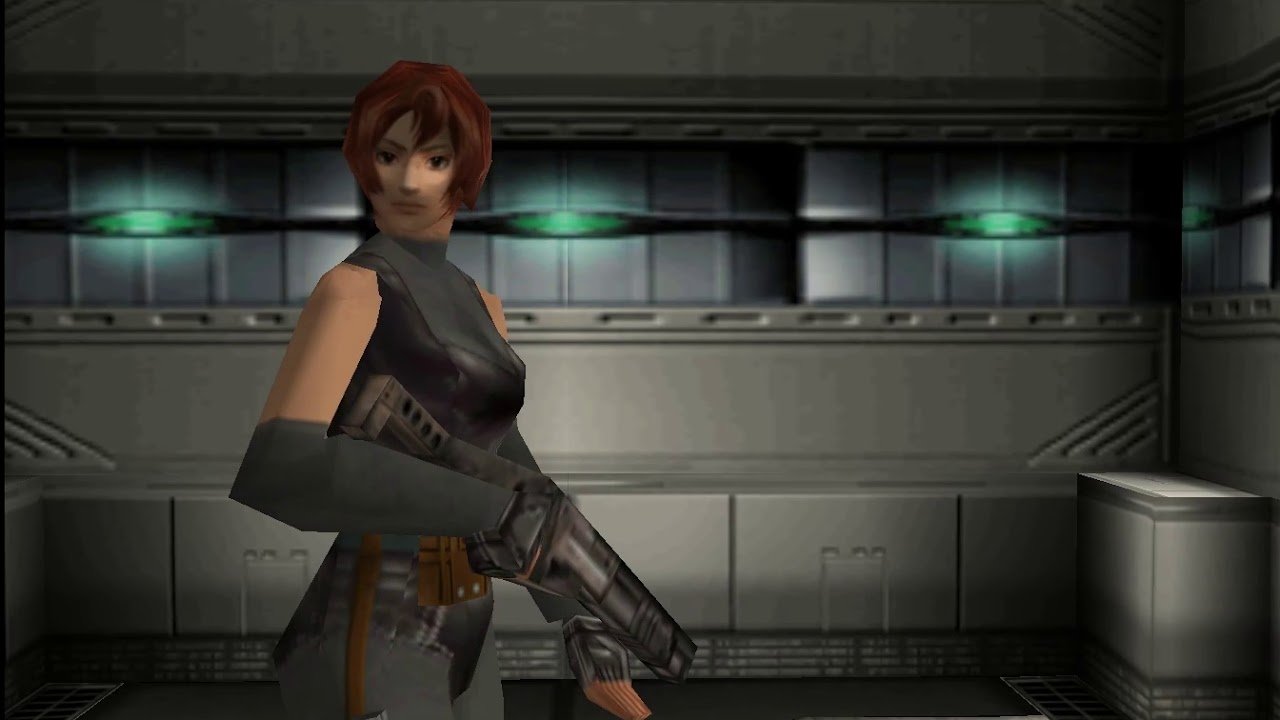 The story of Dino Crisis is overall peripheral and inconsequential to the main game, serving primarily as the justification as to why people are on a dinosaur-infested island in the first place. Summarily, a mercenary team led by the player character, Regina, are brought to the island to investigate its facilities once intel has been received that a certain Dr Kirk (reported dead three years ago) is alive and well and working on a top-secret weapons project. From the get go things go awry with the disappearance (and devourance) of a team member and the sudden revelation that the island is in fact crawling with loose dinosaurs and that most of everyone is dead. While the story is simple and sees you mostly trying to track down the elusive Dr Kirk before escaping, it does offer a ton of replayability with the option to choose different plans of actions at multiple intervals. This offers a variety of endings and a variety of end-game areas that are only accessible depending on how many times you sided with your two other commrades. Additionally, Dino Crisis offers the most creative solution to bringing dinosaurs to a modern setting and letting them run rampant from the rampant-dinosaurs-in-a-modern-setting genre that I’ve ever seen (it has to do with some cool new energy that displaces time and space, wow, incredible, show-stopping, I love it). 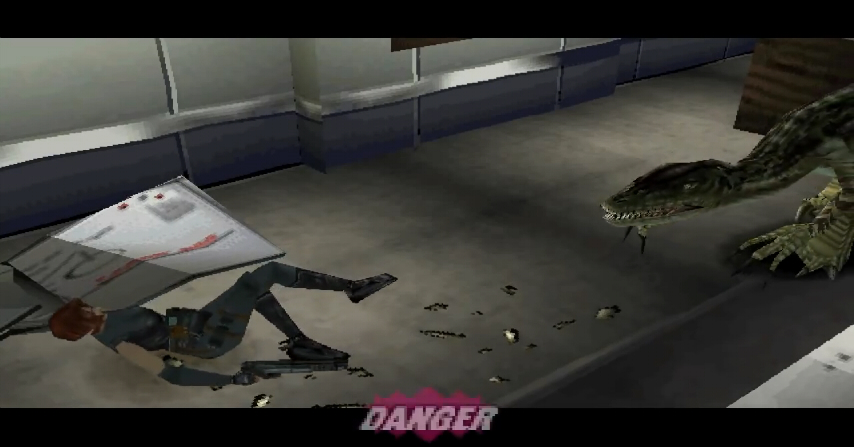 The most interesting aspect of Dino Crisis‘ gameplay is its willingness to twist a format that at the time of its release was quite conventional to most playing audiences. While it is certainly survival horror and requires the player to manage their inventory, asks them to conserve ammunition, plan out their use of healing items, and engages them in puzzle-solving and exploration, the game overall relies more on action than anything else. Capcom billed this game as ‘panic-horror’ over ‘survival-horror’ and lent into the fast and aggressive nature of the enemy dinosaurs in-game, in comparison to the slow and shambling threats of zombies in the past. Dinosaurs are faster than Regina, take a tonne of bullets to terminate (knocking them out with sleeping darts is recommended as a more reliable solution in-game, although it does mean that the enemy will wake up eventually and their threat is never truly neutralised), and can one-hit kill her in certain sequences. These sequences are indicated by the ‘DANGER’ icon and requires the player to mash their buttons as hard and fast as possible to escape some brutal death animations. These elements together ensure that gameplay is always tense and life or death. I just wish that there were a few more dinosaur varieties to be found (there’s really only four if you discount big ol’ Mr Rex). 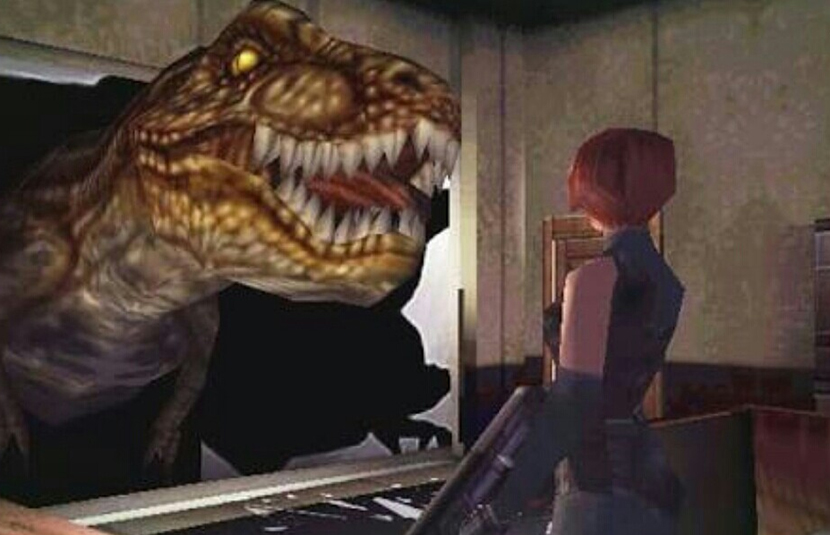 It seems a trait of horror games to include the big bad stalker type villain, and Dino Crisis is no exception to this rule. In fact, this big bad stalker of a Tyrannosaurus-Rex is such an intimidating and hard to take down villain that he often one-hit kills you and is practically immune to a lot of your weaponary. The T-Rex is such a great set-piece that a lot of the game hinges on being prepared for your next encounter with it. Actually, a lot of the best memories I’ve had with the game is the opportunity to face off against this insurmountable and relentless threat again and again. The T-Rex is great at creating a sense of unease as to when he will appear, and the enemies throughout the game are so powerful that players are constantly on edge through the duration of their time with Dino Crisis. The game is chock-full of gore and does the abandoned facility schtick well, but overall I find Dino Crisis to lack a little in its horror atmosphere specifically due to its limited environments. The entire game is set within well-lit laboratories, maintenance facilities, and secret underground bases and often feels quite bland in its settings which is a detriment to the overall enjoyment of the game. I understand limitations at the time, but an opportunity to explore the actual jungles of the island may have kept things fresh and exciting the entire time since no new dinosaurs are really ever introduced after about halfway through the game. I will however say that the soundtrack to the game is so crazily avante-garde and in sync with the theme of ‘panic’ that the player never truly feels settled, and when they are in ‘DANGER’ the music is enough on its own to throw a player off.

All in all this is a fine additional feather, or scale, in Capcom’s survival-horror cap. This is a great game with great horror, great set-pieces, and great replayability and is not one to miss. I do however struggle to go back to the game, in favour of something like Resident Evil or Silent Hill primarily due to how bland some sections can feel (the end sequence to shut off the dinosaur-producing machine is a slog of backtracking) but am confident its merits outshine its faults. I’m very much looking forward to a remake and expansion of the game that is no doubt inevitable now that Capcom is on its remake money train. Three and a half Cthulhus out of five. More to be read here. 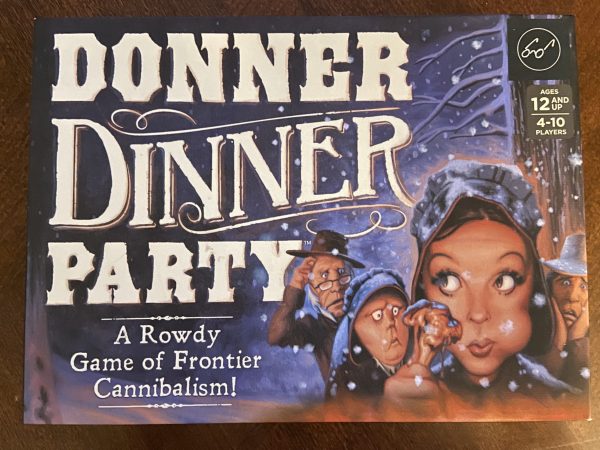 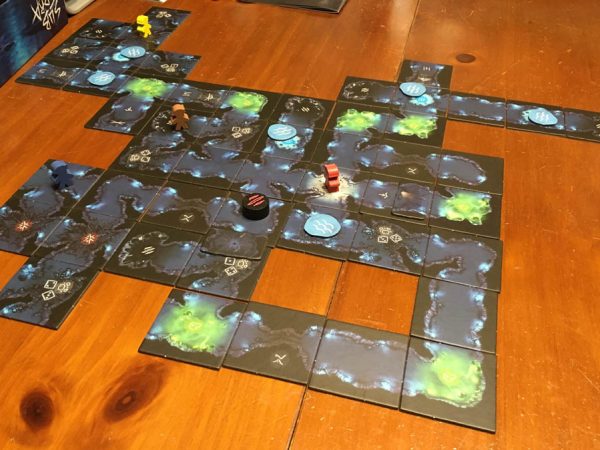 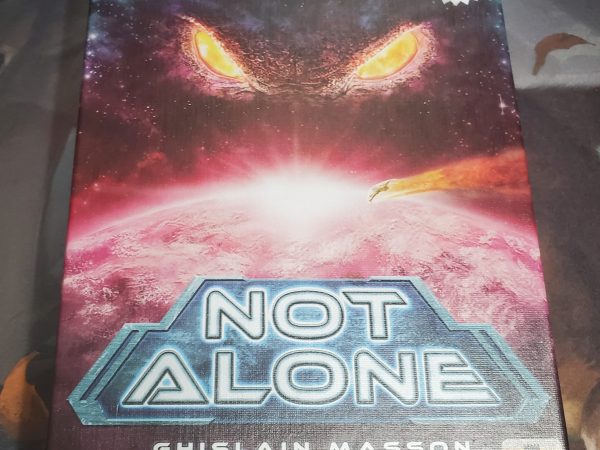