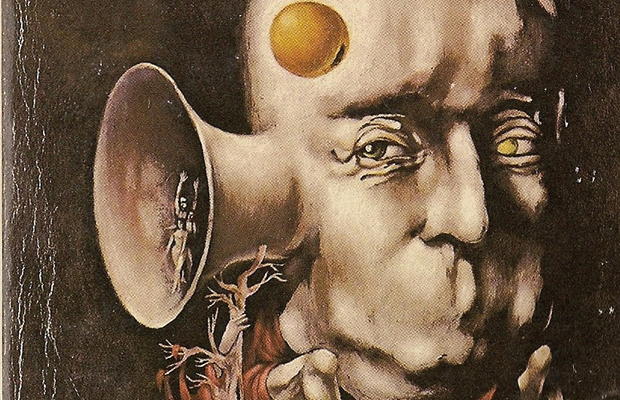 I have No Mouth, and I Must Scream, A Story Review

“I Have No Mouth, and I Must Scream” is a short dystopian science fiction story written by Harlan Ellison. Published in 1967 and winner of Hugo Award.

“I Have No Mouth, and I Must Scream” is a short dystopian science fiction story written by the late great Harlan Ellison. First published in 1967 by IF: Worlds of Science Fiction, this short story won the Hugo Award in 1968. This review focuses specifically on the famous short story, though I plan on covering the collection and videogame adaptation in the future.

This story follows the last survivors of an apocalypse brought about by a sadistic and rogue AI, AM. Ted, the youngest survivor, narrates the increasing torment across an unrecognizable and artificial world. Yet, the survivors struggle onward, awaiting an opportunity to escape.

This story, as short as it is, hits hard in every move it makes. AM conditioned each survivor to act selfishly. With an adversary like AM, it is easy to understand why the survivors fall in line. It’s a matter of survival for them, produced by the creative imaginings of a rogue AI.

Both over the top and subtle, AM effectively manages to pit the last of humanity against each other through its tormenting trials. Acting like crabs in a bucket, the survivors constantly pull each other down to wallow in their collective misery.

It’s only the ending sacrifice that provides some light, even if AM punishes the act. It is because of this punishment that the act of defiance is all the greater.

What Makes me Scream

While the writing was effective, it didn’t capture that charisma I found in “Vic and Blood.” Harlan Ellison made a profession building upon the allure of cruel and often immoral individuals, but Ted lacked that allure which hinders the narrative as a whole. I never felt I understood Ted, unsure how to read his sexism and criticism. As a first-person narrator, he’s allowed to have flaws like anyone else. However, are these bugs in his character, the correct narrative, or misconceptions built on ignorance? I can make assumptions but little feels supported from the text.

AM was more the diabolical villain, almost cartoony in execution. While I found this to be an act—loosely supported by the more subtle examples of manipulations displayed—that’s still head cannon given the information in the story.

This story seemed to hold much more than its word count allowed. There was enough mystery and intrigue to fill a novel’s length of work. Without added context, AM is just a monster built by man, and Ted is its chronicler.

This short story earned its recognition and inspired a works I plan to pursue in the future because the survivor’s plight was intriguing. I often found Harlan Ellison the antithesis of Isaac Asimov, and this story captures many of the reasons why. Isaac Asimov finds the beauty of science and reflects optimistically in the future; Harlan Ellison finds science as a new resource for human malice to show itself. Ultimately, I wanted more from the story, but the brevity allows for easy investment for those interested. While you can purchase the collection on Amazon, the short story can be found for free online.