Welcome to the second installment of Graphic Content‘s “Just Swamp Things.” Why is Swamp Thing fighting mutants atop a gothic castle? Who is the strange crone-like figure in red? Those questions are answered in an uneven second issue of the saga of the Swamp Thing!

We continue nearly immediately after the events of Swamp Thing #1 with issue #2, titled “The Man Who Wanted Forever.” You can read our first installment of “Just Swamp Things” right here.

Len Wein returns to pen the tale while “Berni” Wrightson lends his considerable illustrative abilities. You can, of course, find this issue in the collection Swamp Thing: Dark Genesis. Please order it through your local comic shop!

What is great about the second issue of the comic is the immediate one-two punch of the first page. A splash panel with a combination of gothic narration and the composition and pose of a renaissance painting. Swamp Thing is posed behind a compositionally convenient outcropping, observing nearby action, Mutt (Linda’s dog) held in his oversized hand. Though it is the day, Swamp Thing is obscured by dramatic shadow. The narration is dripping with a dramatic flair, for the memories burn.

It’s a brilliant panel that immediately establishes the sort of through-line of the series following the first issue: Swamp Thing, ever apart from the world he once lived, observing from a distance as his inner feelings are made aware through narration or monologue.

One of the things I appreciate about comics that were released before I was born is that they were often broad in a very endearing way. It’s not just that Swamp Thing is haunted and observing the world he once lived from the shadows, it’s that he is doing it from behind rocks that obscure him in a way that almost becomes a barrier built for him. His body is not crouched, nor does he make an attempt to hide. It is more he is reposed like a figure in a 17th-century painting, the world morphs about him to suit his mood. He is not just feeling anxiety from his memories, but they instead burn. “Lord, how they burn!”

But how about the rest of the issue? We open with a perfunctory recap of the events of the first issue, Alec’s apparent death and transformation into the Swamp Thing, and the death of Linda at the hand of Ferret and his goons. The vengeance is sworn upon Swamp Thing by Matt Cable. Everything a reader needs to pick up from Swamp Thing #2.

Swamp Thing’s sudden abduction by odd Un-Men is incredibly jarring and, admittedly, rather forced. It an awkward inciting incident that is overly sudden and only really has any sort of setup if one reads the first issue. It’s a far cry from the brilliance of the first page of the issue. This unevenness in tone will persist throughout the early run of the comic. At its height, Swamp Thing becomes a striking and magic-tinged gothic “man or monster” pulp. At its lowest points, Swamp Thing becomes a stock monster book that positions the hero into jarring, stock situations akin to the more mediocre Weird Tales. I do not oppose the idea of Swamp Thing being taken to the castle of a necromancer-cum-scientist… I just wish it wasn’t so jarring.

It’s all just so odd. Swamp Thing is strapped to a plane and carried across the Atlantic and into the Balkans. It’s pretty ridiculous, but that comes with the territory of comics. Mostly it makes me wonder about the weird Un-Men flying over, to begin with. Regardless, it serves the job of moving Swamp Thing from the American gothic of the Louisana Swamps to a mountaintop castle. Okay, whatever it takes, Wein.

No matter how odd the story veers off, Wrightson is game when it comes to art. Panels depicting the bound Swamp Thing among caves and mountainous paths are fantastic. The castle is suitably monolithic as well. This all leads up to an incredibly fateful introduction, where Swamp Thing encounters a persistent and lasting foe, Anton Arcane. The almost biblical panel depicting Arcane reaching out to Swamp Thing, under the guise of aid, is fantastic.

Arcane proposes a deal, he will restore Alec’s human form. In exchange for what, he is not exactly forthcoming. Regardless, Arcane engages in a series of tests that reveal aspects of what Swamp Thing actually is. It’s an interesting little sequence that reveals just how far removed from humanity Alec has become. Then, the foreboding line from Arcane: “Yes, Doctor Holland – I would say your body is exactly what I’ve been looking for!” Uh-oh. The two utilize a ritual with a soul jar. Alec Holland is restored, and Arcane now occupies the body of the Swamp Thing. Inevitably, Alec discovers he has been betrayed by Arcane who seeks the use the powers of the Swamp Thing’s body for petty, one-dimensional vengeance upon the village that shunned him. Alec destroys the soul jar, reversing the enchantment, and chasing Arcane to his apparent death, falling from a castle tower. Arcane’s Un-Men follow suit, and Swamp Thing wanders through the castle, observed by a mysterious Un-Man, different from the rest.

As for the rest of the issue, Matt Cable is still obsessed with finding the creature he believed to kill Alec and Linda. As he gets details on the strange plane disappearing over the Atlantic ocean, we see that Mutt’s radio, still hidden, relays information to Mr. E of the Conclave. It’s just a brief reminder of the spinning plates that come with comic plotting but these moments generally work but feel perfunctory.

It is not the best issue of the original run, and there are some plotting shortcuts that result in a second issue that is a far cry from the first. Regardless, it is an important introduction to a figure who will haunt the series in unusual ways. It also is the first of many false leads to a return to the form of Alec Holland, something which will never last.

As for where this series fits in with the lore of Swamp Thing, here is a very brief list.

Next week, Graphic Content returns to the standard reviews, which will then be followed by a new “Just Swamp Things” the week after. As for this week, what were your thoughts on Swamp Thing #2, or the review? Let me know in the comments. 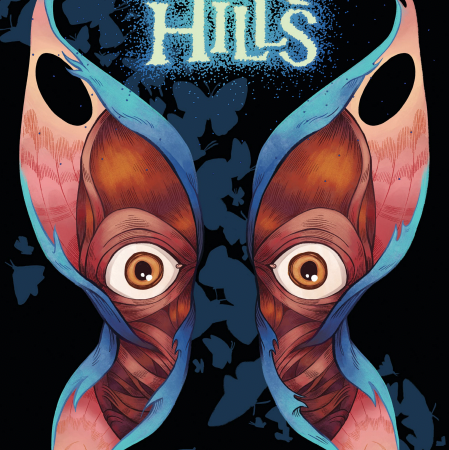