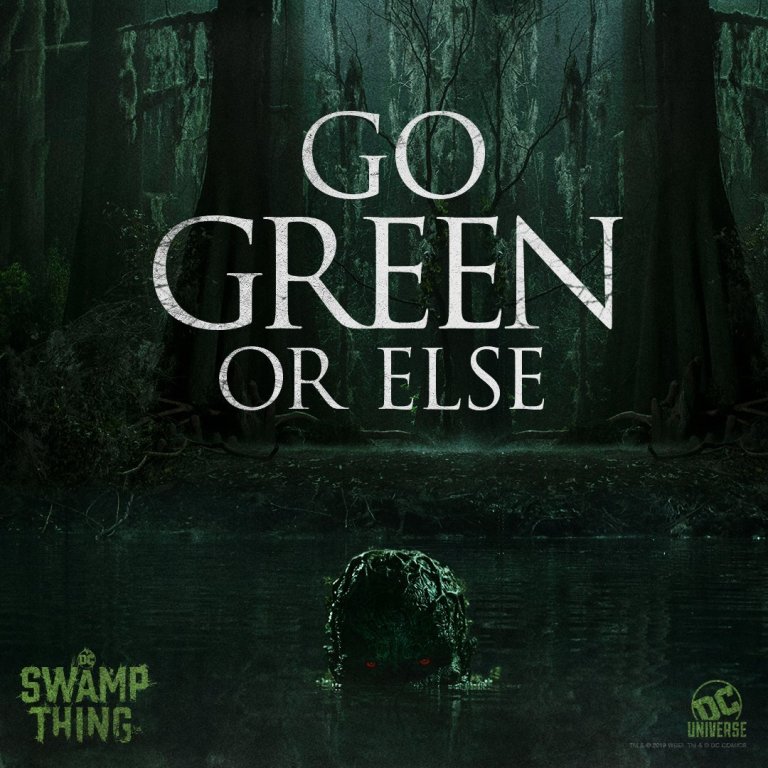 We’re gearing up for the upcoming release of the new Swamp Thing streaming series to DC Universe. The series premieres this Friday, May 31st, 2019. It seemed appropriate to reacquaint Haunted MTL readers with one of the greatest horror comic characters ever. Please enjoy this brief primer on the legendary comic book character and focus of the upcoming streaming series.

Created by writer Len Wein and artist Bernie Wrightson, Swamp Thing, the character and concept, originated in the DC Comics anthology series House of Secrets (issue #92) in 1971. Swamp Thing is in many ways considered a superhero. However, a great many takes on the characters skew more towards the occult and horror. In modern stories he can most often be associated with Justice League Dark, dealing with the supernatural. He is also famous for his tangles with his frequent frenemy John Constantine. Swamp Thing is also known as the protector of “The Green.” “The Green” is an elemental force of nature in the DC Comics.

As for the public, Swamp Thing’s heights of popularity were the 1970s, 1980s, and the 1990s. From 1972 to 1976 the first run of the Swamp Thing comic book started off rather popular. However, popularity waned once Wein and Wrightson left the title. The series was revived in the 1980s following the release of the Wes Craven adaptation of the comic.

As the series again began to face cancellation due to low sales, Alan Moore took on writing duties. Moore’s run caused the series to grow in popularity again. Beyond introducing the concept of “The Green,” Moore’s run also explored a number of spiritual and ecological themes. Moore’s approach to the character and setting surprised many critics with it’s sophistication. Ultimately, Swamp Thing during this period served as a proving ground for future characters that would make up titles for DC’s Vertigo imprint. These titles included Hellblazer and The Sandman.

The 1990s popularity of Swamp Thing was a result of the two previous film adaptations and the creation of a television show. The first film, the Wes Craven adaptation Swamp Thing (1982) would prove to be a moderate success and star Ray Wise as Alex Holland, Dick Durock as the Swamp Thing, and Louis Jourdan as Anton Arcane. The film is campy, but a fairly faithful adaptation of the characters and themes of the time.

The 1989 sequel titled The Return of the Swamp Thing, directed by Jim Wynorski, ended up lighter in tone compared to the first adaptation but far more critically savaged. However, Dick Durock returned not only as Swamp Thing, but took on the role of Alex Holland, alongside a returning Louis Jourdan as Arcane.

In July 1990, the USA Network debuted the Swamp Thing television series. The series ran for three seasons and ended on it’s 72nd episode. For USA, the series proved incredibly popular despite mixed to negative reviews. Ultimately, the show borrowed more from the darker Wes Craven adaptation and kept on Dick Durock on as ol’ Swampy.

A New Chapter on DC Universe

The track record for the character in adaptation has not been exactly kind to the green monster, but the pedigree of talent behind the DC Universe series certainly inspires hope. The series will premiere with a ten episode season, despite rumors of production troubles.

Produced by James Wan of The Conjuring and Insidious series, and Len Wiseman of The Underworld series, the show is certain to skew more toward the horror of the character. The show stars Andy Bean as Alec Holland and Derek Mears as the Swamp Thing, with Crystal Reed as Abby Arcane. The series also promises several deep cuts in the DC Universe, such as Madame Xanadu, a frequent point of contact for the magically-inclined.

Check out the trailer below for a taste of what is ahead on Swamp Thing, and check back with us this weekend for our weekly recap of the show.