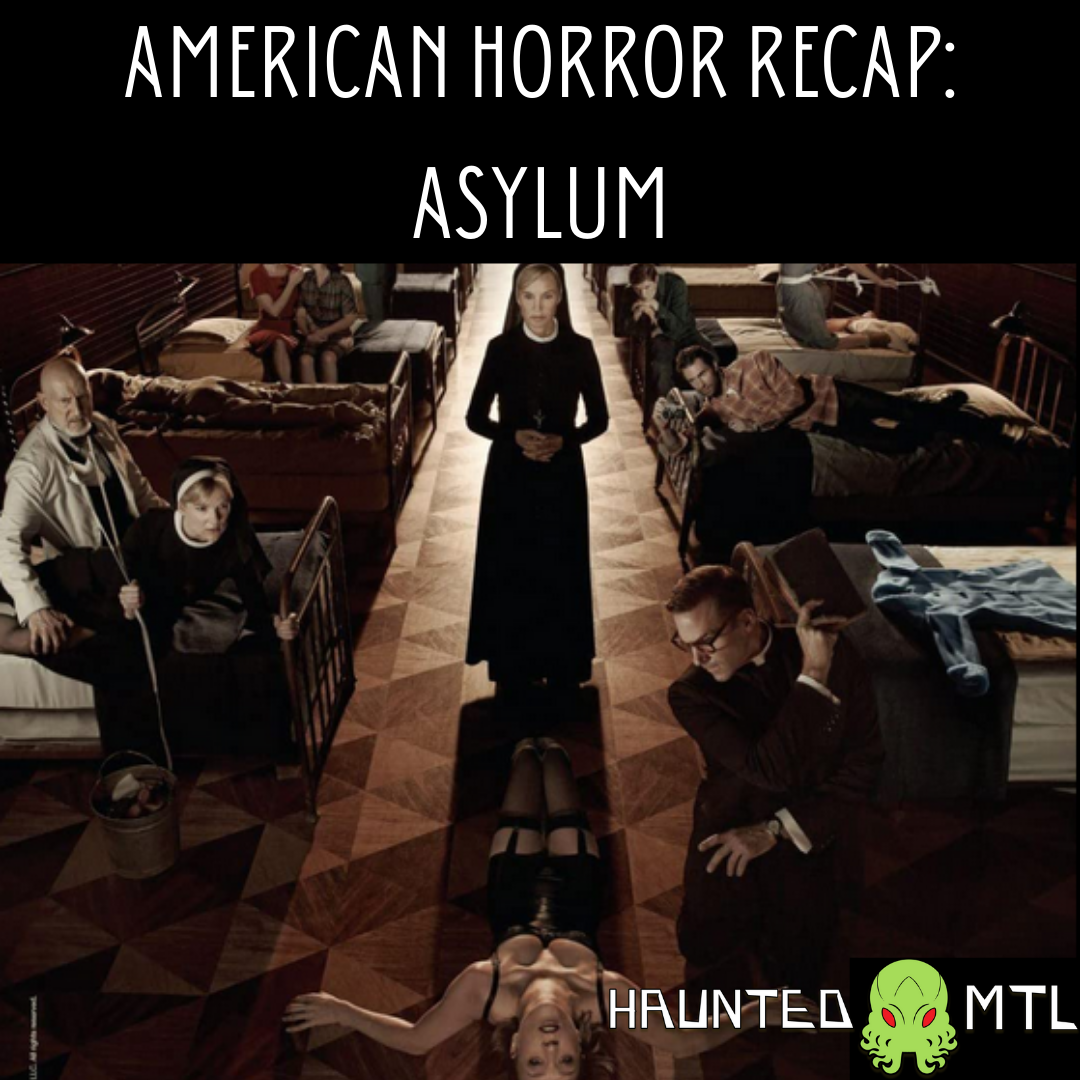 Well, you can never say there’s a boring episode of AHS, Killer Queens. And this one was certainly no exception.

We start right in with the action, in modern times. Our haunted honeymooners are in dire straights, being hunted by what we assume is Bloody Face through the asylum. There’s lots of blood, screaming and running. It’s a good time.

Then we head back in time to when the asylum was running, where we learn that everybody’s got a kink.

Dr. Arden seems infatuated with the young Sister Mary. He has her feeding some creatures in the woods, things we haven’t seen yet. He’s also sneaking her things like candy apples. He’s infatuated. That becomes even more clear when he invites a prostitute over and makes her dress up like a nun.

Fortunately, there’s another doctor in the asylum now. Dr. Thredson, played by Zachary Quinto. Technically he’s just there to test Kit, to see if he’s crazy enough to not stand trial. After hearing Kit’s story about aliens and bodies without heads, he concludes that Kit’s totally insane.

Dr. Thredon is a modern thinking sort. He threatens to report Sister Jude for performing electroshock therapy to treat homosexuality. So she’s not his biggest fan.

She’s even less happy when a young man is brought into the asylum by his parents. He appears to be possessed. So, being a nun, of course, she calls in her beloved Monsignor and an exorcist.

They proceed to perform an exorcism that flat-out kills the exorcist. And, when left alone with Sister Jude, the demon starts spilling all of her secrets. And she’s got some interesting ones.

Not any that shake things up, though. Honestly, it seems like she was a much better person when she was just drunk driving and killing a kid.

During the exorcism, the power to the asylum goes out. And Lana sees her chance to escape with Grace. The only hang-up is that Grace wants to take Kit. Lana’s against that, thinking that Kit is the serial killer Bloody Face.

So when Grace and Kit nearly escape, she yells for the guards. Too bad that meant she didn’t escape either.

Something escaped, though. When the possessed boy died, something came out of him. And right into Sister Mary.

Because aliens, creatures in the woods and a demented doctor weren’t enough. I’m sure we also needed a demon trapped in the asylum.

That’s it for this time, Killer Queens. I’ll see you back here on Tuesday for another visit to the Asylum.

Related Topics:American Horror Story
Up Next