A while ago I talked about Dread Draw, a card game that was also (supposedly) a fortune-telling tool. Now I’m going to talk about Adorabyssal, an oracle deck that happens to also be a card game.

The deck contains 36 cards and comes with a guidebook. The cards all depict various supernatural and mythological creatures, as well as cryptids.

I love the little tin. It’s the perfect size to hold everything without too much excess space.

The guidebook is a little frustrating. It’s vertically oriented instead of horizontal, which makes taking notes from the guidebook a little annoying. Also, the details for the meanings behind classification, positivity, and element are at the front of the book, but not on the creature pages, which means a lot of flipping back and forth that gets pretty annoying.

The cards are all very cute. I love the art style. However, I have a slight issue with one of the cards.

Adorabyssal as an Oracle Deck

Overall I really like this oracle deck. The art is great, I like the theme, and I’ve found it pretty nice to work with. I like that the cards are smaller than most other oracle decks I own because it makes them a lot easier to shuffle.

I’ve already mentioned my issues with the guidebook so I won’t go over it again.

Because a lot of the creatures depicted are malevolent, the deck can come across as slightly negative. If you’re getting this because it’s got cryptids and such in it and you like those things it’s not as big of a deal, but if you’re reading for other people who aren’t as familiar with them, they can end up focusing more on what the creature is rather than the keyword it represents.

How to Play the Card Game

Each player starts with 3 cards. The top card of the deck becomes the discard pile and the game begins. On their turn, a player draws 3 cards in any combination from the draw or discard pile. Then they play cards, either in pairs of 2 elements or 1 of each element. Each has a certain special effect when played. Players can play as many combos as they want, but they must be able to discard 1 card at the end of their turn. Play continues until a player cannot draw 3 cards. Their turn finishes and the game is over. The player with the most points wins; each pair is 1 point and one of each is 2 points.

The game is very simple and fast. The rules are simple and it’s easy to get into a rhythm.

There’s not a whole lot to it though. Games end pretty quickly and it’s almost always a close game. Also, because playing a fire pair makes everyone else discard, it can be hard to feel like you’re making meaningful decisions. It’s possible to lose your entire hand before your turn comes back around, and you’re just stuck relying on whatever you draw that turn.

It is fun, but my playtesters enjoyed it a bit more than I did. It can make a decent filler game for when you’re trying to decide on something bigger to play next, but I don’t think it could fill out a main spot in your game night line-up.

If I was grading it as an oracle deck I’d give it 4, but since I’m focusing on the card game, Adorabyssal gets 3.5 out of 5 cthulhus. The game is fun and fast-paced, but ultimately a pretty hollow experience. You can get the deck on Etsy here. 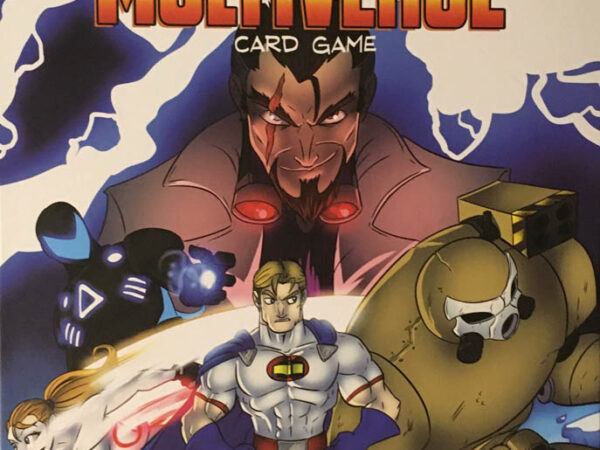