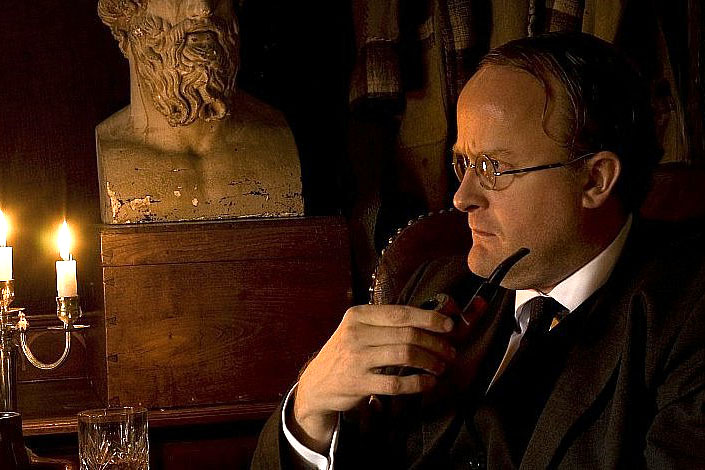 If like me you are fan of M.R.James, you will no doubt be certain of two things. The first, is that despite their age, subtlety and lack of gore, James’ tales of terror remain some of the most affecting and genuinely creepy works ever committed to print.

The second, is that if ever there was place for a true horror fan to be on Christmas Eve, it was in the quarters of M.R. James at Cambridge.

A celebrated scholar prior to his forays into the world of short fiction, Jame’s ghost stories evolved from a desire to give his friends and colleagues a fright during the darker winter months and centred around an annual event, during which he would invite lucky members of the University to his quarters each Christmas Eve to hear his latest ghost story, read aloud by the man himself.

Over the years, many a writer and fan has wished they could have been present at one of these fabled meetings, which, considering the setting, the atmosphere that was no doubt created and the creeping dread instilled by Jame’s carefully crafted words, must have been a bone chilling experience.

Whilst it may be impossible for us, in the twenty first century, to join one of these gatherings, we can do the next best thing. Albeit, with a trip to the U.K. thrown in.

For a number of years now, the actor Robert Lloyd Parry has been touring Britain and re-creating, with bewitching authenticity, the experience of being present at one of these gatherings. Mr Parry, an actor of considerable talent, who bears a striking resemblance to the late author, enacts dramatic readings of M.R. James’ tales in fittingly atmospheric locations.

What the experience of attending one of these shows confirms, is that these were stories meant to be read aloud. By using only his voice, inventive use of the shadows from a single candle and an instinct for the perfect dramatic pause, Parry captures and enthrals the audience in a way that we can only imagine the real M.R. James did many years before.

The effect is mesmerising and it is a testament both to Mr Parry and to the enduring quality of Jame’s work, that they retain the power to make the flesh creep almost a century later.

Voices in the Dark