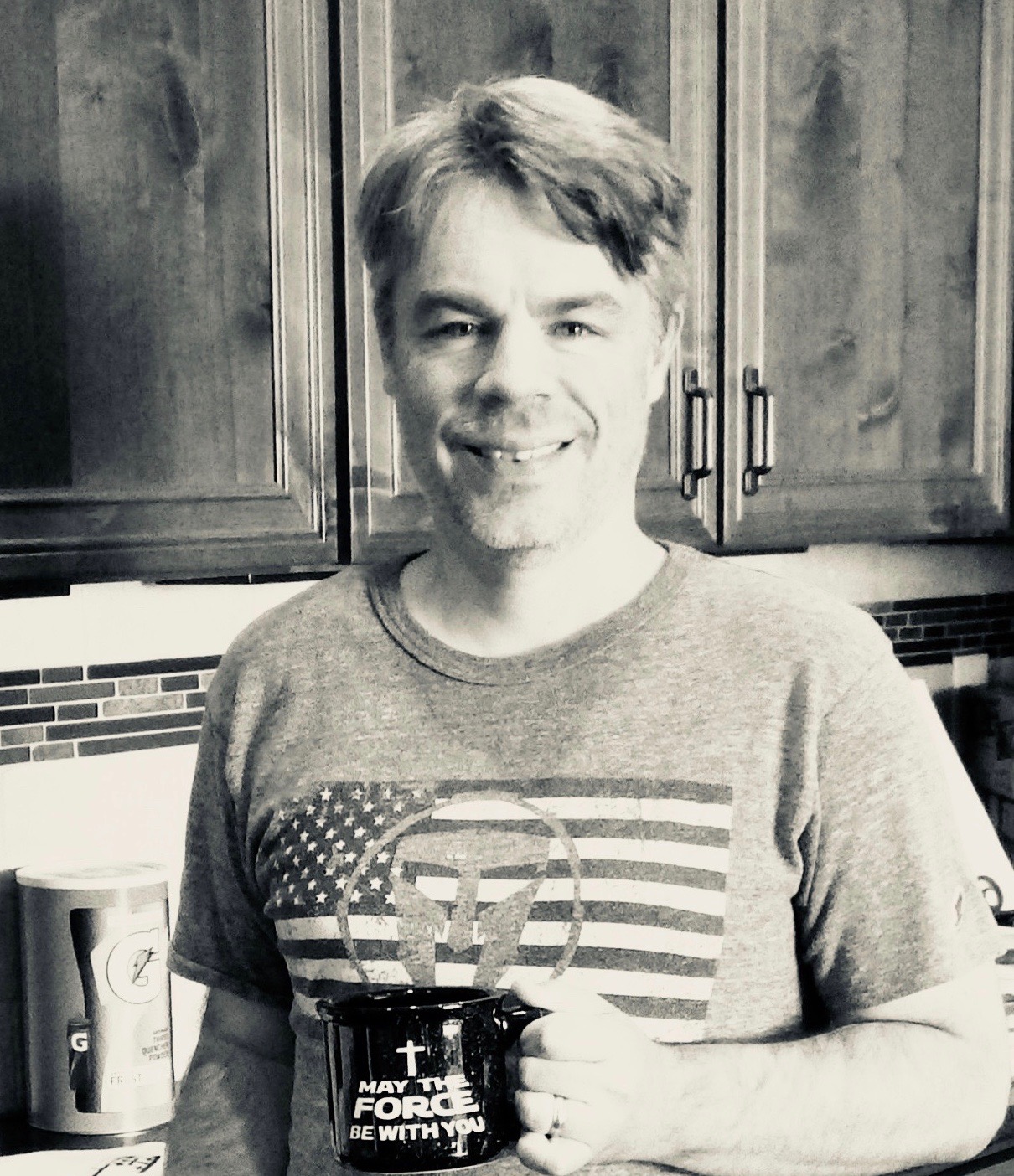 Our first original! I am so glad to present Choking Instructions by Michael Carter. It’s a piece of fine flash and a very fitting first for the HauntedMTL Original series.
-Jim

Running over that little girl as I raced through the intersection was a bad thing, but was it something I should die for?

I was speeding; yes. The light turned yellow, and rather than risk T-boning someone, I hooked a rookie.

And there she was standing on the corner, in her pigtails and green dress, in the wrong place at the wrong time. She was with the man in the blue blazer and fedora hat. I clipped the curb and ran over her foot. The light was dead red by the time I made the turn.

Her screams pierced through the roar of my engine and then the squeal of my brakes. When I approached, she looked up and said, “Why, why did you do this?” as she caressed her bleeding foot.

The man in the fedora grabbed my shoulder. “You need to slow it down and follow the rules, like the rest of us,” he said as heat emitted from his hand. It burned through my jacket, collared shirt, and undershirt, to my skin.

“Follow the rules,” he repeated as he pulled up the little girl while she continued to wail. Then they disappeared into the crowd that had encircled the scene.

The little girl in pigtails and green dress died that next week. It was all over the news. They said she formed a blood clot in her leg, and it caused a brain aneurysm. “Hit-And-Run Driver Kills Girl Downtown,” the headlines read.

Wait a minute, I thought. I stopped, and the man left with the little girl.

I wasn’t entirely sure what happened. Speeding through town, the stress of the situation, the strange man in the fedora, what he had said to me, it was all too much.

Had I left the scene without doing the right thing? If so, what was I supposed to do now?

Follow the rules and turn yourself in. That’s what I kept telling myself. But I couldn’t do it. Why should I ruin my life over a freak accident? The girl was gone. Turning myself in couldn’t bring her back.

I lay catatonic in my bed the following day, paralyzed by what had happened and conflicted about my next steps. I thought about drinking. Instead, I just slept.

I woke a half day later, hungry. I wasn’t in the mood for cooking, so I looked for something quick in the fridge. A package of hotdogs stared at me from the meat compartment drawer. Precooked and easy, I thought. They may be made of lips and assholes, but they’re protein, and they’ll keep me full.

As I pulled a hotdog out of the plastic wrapper, I saw a flicker of wording above the list of ingredients, in bright-red letters: “Choking Instructions.”

I blinked and looked again, thinking I had misread a choking warning. Sure enough, it said what I thought it said.

“Choking Instructions: For children under 4, cut hotdogs lengthwise and crosswise into small bite-sized pieces. Children should always be seated and supervised while eating. For adults, do not cut hotdogs into pieces. Instead, cram as many whole hotdogs into your mouth as you can. While chewing, pinch your nose shut and inhale deep gasps.”

“Follow the rules . . . ,” I heard in my head as I stood in the kitchen holding that package of hotdogs. My skin started to burn where the man in the fedora had grabbed my shoulder.

I tried to look away, but I could not help but to stare at the choking instructions: “For adults, do not cut hotdogs into pieces. Instead, cram as many whole hotdogs into your mouth as you can.”

And so I did. I followed the rules and crammed those rubbery meat sticks into my mouth. I kept cramming as my eyes watered and hotdog juice dripped to the kitchen floor. I crammed and crammed and chewed and punished myself like I knew I deserved. Then I grabbed my nose and sucked in air.

I gasped and choked as pressure built under the skin of my face. When I stumbled, I released my nose. The smell of freshly chewed hotdogs burned into my nostrils as I inhaled.

I fell to the cold tile of the kitchen floor and gasped for air, like a fish out of water. I reached for my throat and felt many Adam’s-apple-sized bulges.

Then the tile warmed and the little girl in pigtails and green dress appeared in my kitchen. The man in the fedora was there, too. The tile became hot and seared my cheek as I lay on the floor. My shoulder and nose continued to burn as I choked.

The little girl and the man in the fedora stared at me. They smiled. I couldn’t be sure, but over my gasps, I think I heard the girl giggle. No, she cackled.

That’s when I knew I had found my special place, right there on the kitchen floor, that I would never leave. I had found that special place reserved for people like me who don’t follow the simple rules of life and do the right thing.

Michael Carter is a short fiction and creative nonfiction writer from the Western United States. He’s also an attorney, a Space Camp alum, and a volcanic eruption survivor. When he’s not writing, he enjoys fly fishing and wandering remote wilderness areas of the Northern Rocky Mountains. He can be found online at michaelcarter.ink and @mcmichaelcarter.

Related Topics:consequenceshorror fiction
Up Next