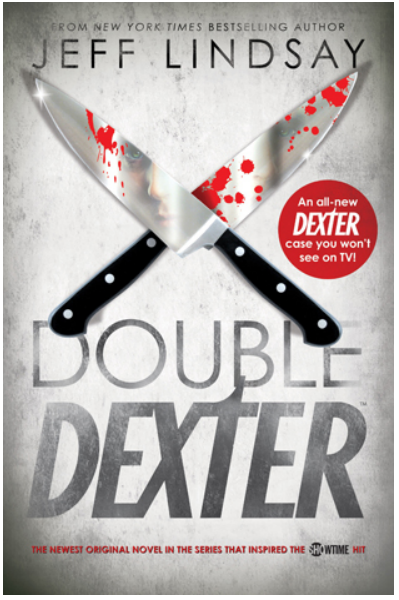 This is our sixth Dexter novel and I have to say, I’m starting to cool on the series. Not because it’s getting bad. But because it’s not changing much at all.

We start this story with Dexter finding a new playmate. He’s well into the throws of his playtime when the unthinkable happens. An interloper comes upon them and runs off before Dexter can catch him.

Dexter’s in a panic, trying to find the person who spotted him. And things just get worse from there. This witness is what we’d call a professional victim. His wife is the worst. No one at his job respects him. And so he has a blog online to tell the world how put upon he is as a good guy who follows all the rules. Then he sees Dexter, decidedly not following the rules.

And he just snaps.

If it’s not clear by my tone, I found this character to be a sad sack. He was just no fun. It wasn’t even that satisfying when he was brutally murdered.

As always, Dexter can’t focus entirely on this. He’s also got a cop killer on the loose. One who is especially good at making people into meat sacks without breaking the skin of his victims. He appears to do this by use of a specific hammer. These bodies are left around town for the police to find, like sandwich bags full of jelly if the bags looked like your co-worker.

Deb is highly involved in these murders, leading to some trouble with another detective. Not content with ruining Deb’s career, this detective starts pointing a finger at Dex. Ironically, he’s being investigated for a murder he didn’t commit.

Because I like to compare horror content to food, I’ll compare Double Dexter to a cup of coffee. I like coffee, I make it every morning. But it’s not what I’d call a treat. It’s almost utilitarian. And if we’re talking about the hot drink I consume in the morning, that’s perfectly fine.

I wanted to explore Cody and Astor’s dark passengers. I wanted to see them coming into their own.

I wanted to see Dexter interact with his dark passenger more as a sentient creature sharing his body. Earlier in the series, it was suggested that the dark passengers are demons who did battle with Soloman. Why can’t we dive further into that?

Instead, we’re doing the same thing over and over. And it’s fine, the story is fine.

I want better than fine.

If you want to get your own copy of Double Dexter, you can grab it now on Amazon.

“Girl A” Is A Deep Look Into A House of Horrors

Social Horror At Its Best in James Han Mattson’s “Reprieve”