BAY VILLAGE, Ohio — A group of local tenth-graders expressed regret this weekend after a Ouija board session went awry. Madison Kline, 15, along with her friends Olivia Meyer, 15, Alexis Little, 16, and Kaitlyn Robinson, also 16, performed the ill-fated seance at Ms. Kline’s suburban home after ditching seventh-period algebra. The girls, inspired by a YouTube video called “DO NOT ATTEMPT: Ouija Board Challenge,” hoped to create content for Kaitlyn’s Instagram (Ms. Robinson is an aspiring influencer, currently looking for sponsors).

The teens selected Ms. Kline’s basement rec room for the ritual because her parents wouldn’t be home from work until after 5 p.m., though she stipulated that they should finish before her “super-annoying” younger brother came down to play Xbox. Since none of the girls own a traditional Ouija board, they downloaded a Ouija app on Ms. Robinson’s iPhone.

To prepare for the seance, Ms. Kline turned off the lights and lit her mother’s “Moonlit Blossoms” Yankee Candle, even though Ms. Little complained it smelled like “swamp ass.” Ms. Robinson described the events that followed: “Right from the start, it was totally freaky,” she declared, as the other girls nodded in agreement. “Like, immediately after we started, I got a low battery notification. But right before, my battery was at, like, 40 percent.”

Ms. Meyer added, “It got like, freezing, too. I had to get my hoodie out of my backpack.”

Ms. Kline then explained how, using the app, they had contacted a restless spirit residing in the house. “We asked the spirit if it died in the house, and it said yes,” she explained as the other girls nodded. Then we asked if it was murdered, and it said yes to that too! We were freaking out.”

“Then we heard Madison’s little brother coming, so we closed out of the app before saying goodbye or whatever like you’re supposed to,” Ms. Meyer interjected. “We knew if he got too scared, he’d tell Madison’s mom. If I get caught skipping again, my dad’s gonna take away my phone.”

After the arrival of Madison’s allegedly “dumb-ass” brother, the girls dispersed to their respective homes. A short while later, Robinson alerted the others via group chat that her phone was acting “totally freaky.” “I kept getting these texts from a weird 666 area code that said stuff like ‘Hello there, Kaitlyn. How are you?’” It was crazy, because no one texts like that,” Ms. Robinson explained. “They didn’t use emojis or anything. Also, I suddenly started getting YouTube recommendations for these 90’s playlists. Like, Savage Garden? Who even is that?”

Ms. Robinson then posted an Instagram story of herself “freaking out,” but her friends immediately alerted her that something was amiss. “There were, like, ALL these orbs in my selfies!” she exclaimed, still visibly upset. “You couldn’t even see my face. Instagram, Snapchat, TikTok — it happened everywhere! I tried to uninstall the Ouija app, but every time I deleted it, it downloaded itself again!”

The signs were everywhere

The bizarre events continued over the next few days, escalating in nature until Ms. Robinson’s ringtone was replaced by the 1993 Ace of Base hit, “The Sign,” causing her considerable embarrassment when her phone went off during class. It was at this point the girls decided to act.

“We were really scared, but we knew we had to do something,” Ms. Kline said. “That ghost totally sucked.” During lunch period, the girls turned off the lights in the sophomore bathroom and convened in the handicapped stall, once again opening the Ouija board app on Ms. Robinson’s iPhone.

“We thought maybe the ghost wanted us to avenge her murder, so we asked if she knew who did it,” Ms. Meyer said. “But then Kaitlyn got a text message, and the ghost admitted she wasn’t even murdered. She said she choked on a Snackwell’s cookie while she was watching Friends. How lame is that?”

Ms. Kline, who has watched most of The Chilling Adventures of Sabrina and also “that super-old movie, The Craft,” is considered the group’s expert on the occult. “So I texted back, and told her to, like, go into the light,” she explained. “I used the angel emoji, and some cloud and rainbow ones. I told her we’d all make Snapchat stories about how sad we were and how awesome she used to be.”

“She totally wasn’t, but we were trying to be nice,” Ms. Little clarified. After Ms. Kline then clicked “Goodbye” on the Ouija app, Ms. Robinson was finally able to uninstall it. The girls now believe the spirit has crossed over to the other side, but Ms. Robinson said she still occasionally gets Netflix recommendations for “weird old movies” like Wayne’s World and Bio-Dome.

Kristin Cleaves writes and reads horror all day, every day. She has a Master's in English and has worked as a writer, editor, proofreader and educator. 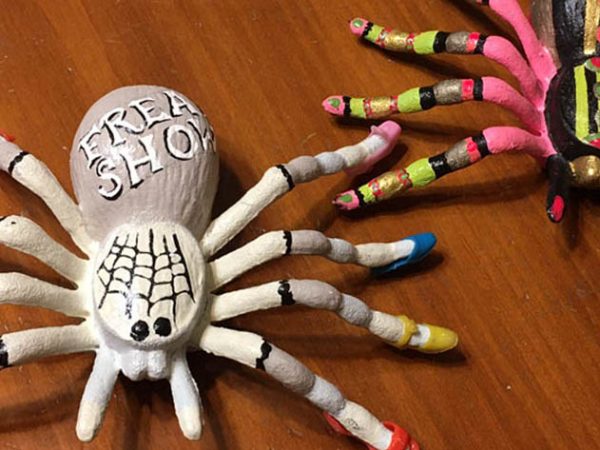 Hyde – A letter from a gay man dying of AIDS 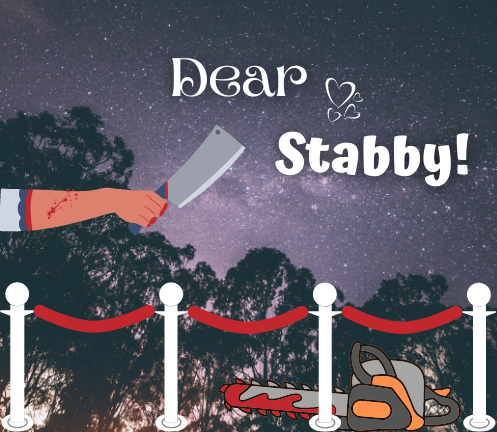 Into the Dark: Crawlers is a St. Patrick’s Day horror film that’s just one step above The Leprechaun

RT @HMoviesBeyond: V/H/S/94 is coming to @Shudder. It's the fourth installment to the horror anthology franchise. I can't wait! V/H/S serie…
10 hours ago