New York City, NY. A man from Manhattan reached out to us and claimed he has proof that there are supernatural forces in his penthouse apartment. He even offered a screening of the so-called evidence. It took us all five minutes to accept that this banker bro wouldn’t be the pioneer who discovered ghosts and demons, but we needed the content. So we put candy from the drugstore in our coats and hopped over to Mr. Noah Franco’s stupid penthouse.

Upon meeting this man, we understood that he was indeed on cocaine. And yet, this only made us more excited to see what he “discovered.”

Noah explained that he started feeling like someone was tickling him in his sleep about a week ago. “I knew it had to be a demon or even Satan himself trying to disrupt my sleep schedule, which is why I have to snort cocaine. But times are hard, and my coke dealer is running out of his supply, which means I have to get sleep since I’m a very important person. So yesterday, I decided to set up a camera with night vision in my room to catch whatever it is in the act, and you’re never going to believe what you’ll see.”

He then pressed play on his flat-screen TV, and a video of him sleeping with his butt crack out appeared. “Oh, yea, I sleep in the nude, and sometimes my sheets move to reveal my precious peach or crowned jewels.” We grimaced and tried to avoid gazing at his genitalia while looking for any sign of a supernatural being. After about two minutes of Noah tossing, turning, and ripping major ass, we saw movement.

“There! You see that movement under the sheets?” Noah shrieked.

There appeared to be a small bump traveling from his feet up to his shoulders before disappearing behind his bed.

“You know those horror movies overestimated the size of demons because this looks as small as a mouse!” Noah said.

We then asked to see his bedroom to check for any unusual scratches or markings. Noah’s bedroom smelled and looked like a dump, which was surprising considering his snobby demeanor. “Can we pull back your comforter to see your bed?”

“If you wanted to jump in between the sheets with me, all you had to do was ask, sweet cheeks,” Noah said.

After shaking our heads, we removed the cover and saw mounds of Taki crumbs and a sunflower seed pile.

“Hah! Good one. You see, dear, my apartment is at the very top of this building, and there’s no way a mouse could climb such heights. Something from the underworld is haunting me, not a damn rodent. Thanks for coming by, though. I can see you folks are skeptics so you can see yourselves out,” Noah said.

On the way out, we noticed droppings that led to a hole in the wall. Of course, we found a large family of mice eating his depression snacks. Silly Noah, nobody is immune to the wrath of nature. Especially when you’re a messy bitch. 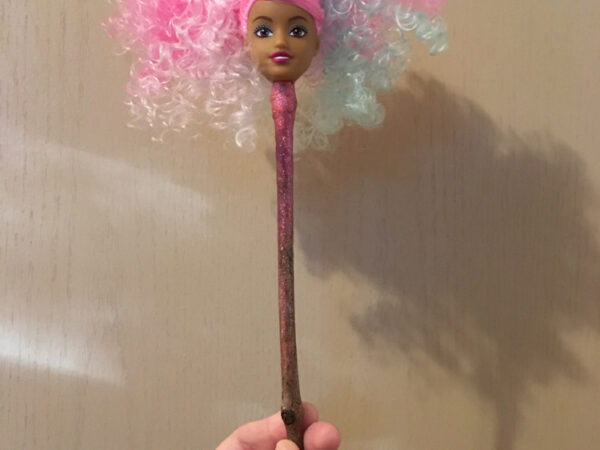