I begged for this game when I was a young teenager. I don’t know why. It was very clearly not an A-grade title of any sort, evidenced by its thirty dollar discounted sale price. Luckily, my mother knew better and told me to save up for it if I wanted it. And, I did just that, excited for what seemingly was just Resident Evil with giant bugs in lieu of zombies. I think too, I wanted to jump onto a new horror series and claim it as my own in that sort of annoying nerd-type way. Well, the day finally came when I was able to afford it… and my expectations were… well… 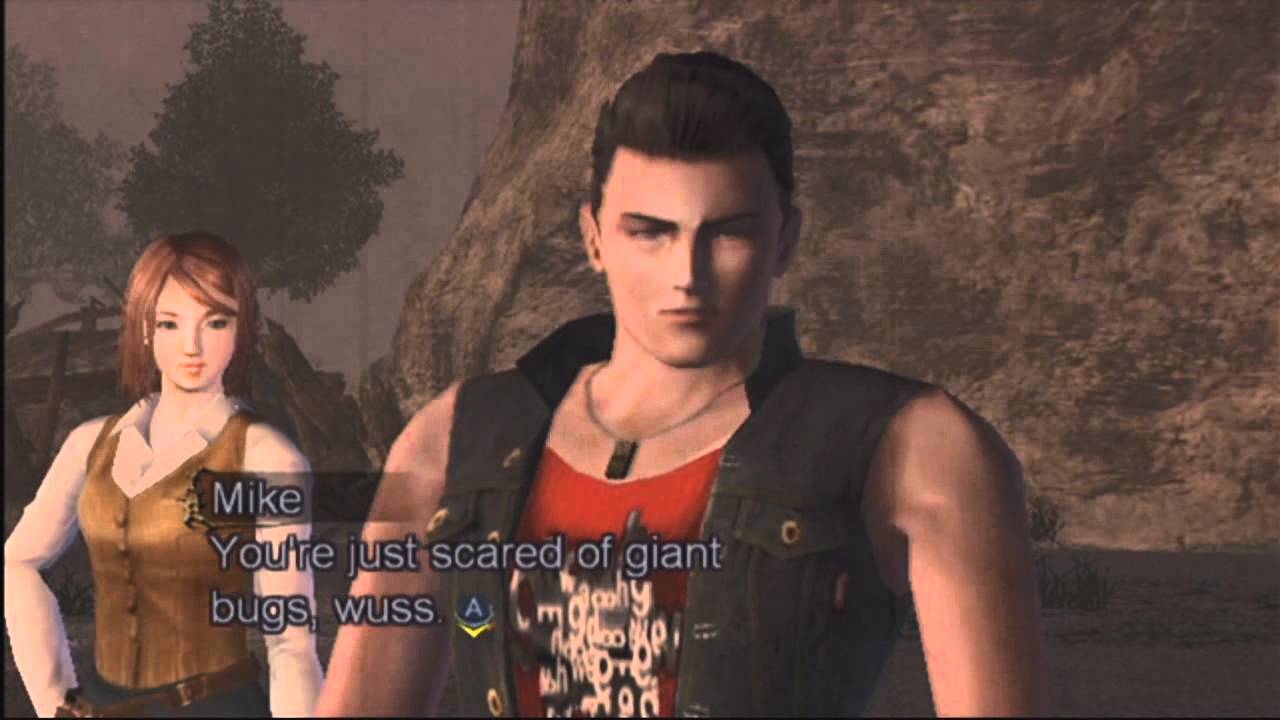 Upon closer insection, nothing makes sense

I think perhaps, it’s best to start with the story that drives the experience of Escape from Bug Island. If the game manual is the source of exposition for your game, I think that you may need to reconsider your story firstly. You are dropped onto the island by boat because the girl character (that is the extent of her personality) you are with needs to complete a book report for college on the insects of the island (despite it being common knowledge that the island is infested with huge, man-eating insects), and you and the other guy you’re with are in love with her. A few moments later, you lose the guy and girl and you’re forced out into the jungles and caves of Bug Island where you progress past hordes of bugs (mostly crickets and praying mantis’) until you suddenly run into some survivors who are running from a giant, blood-thirsty gorilla (King Kong?). Anyway, you keep going and then there’s more enemies (Amazonian lizard women?), a bug researcher, and then a giant fly boss who happens to live in a ‘Time Cave’ guarding a black hole. Turns out to finish the game, you have to finish it twice because the black hole restarts the game (spoilers) and sends you back in time to save all the people who died your first time through. 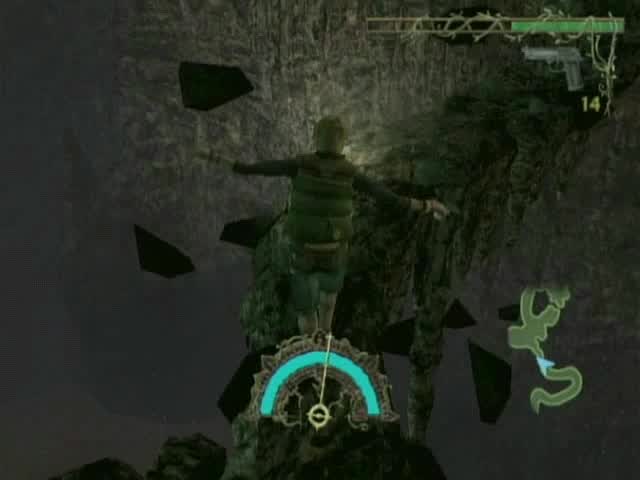 This was a launch title of the Nintendo Wii, way back in 2006 and 2007 for Westerners. That said, expect motion controls to be heavily and needlessly implemented throughout the duration of your time with the game. Not only are you required to attack enemies by flapping your arms about to use exciting weapons such as ‘branch’ and ‘rock’, you are also required to balance yourself on tree stumps with the ill-calibrated Wii controller, and are required to aim in first-person using the notoriously annoying sensor of the controller to throw objects. Between all this, the game is plagued with shoddy hitboxes, painfully slow enemies that can all be ran around to avoid, and generally unfun gameplay. Not even your healing items produce intrigue as your main source of vitality restoration is ‘fruit’ and ‘can of food’. I remember the most fun part of the game being the final, final boss and that’s about it. 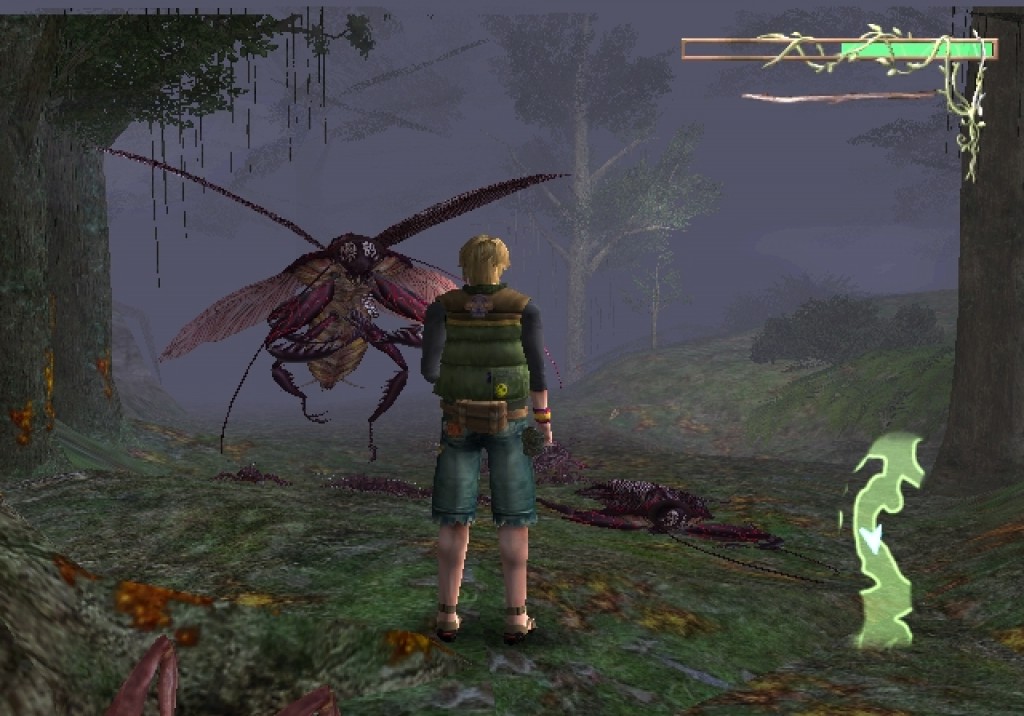 I’ll give it this, Escape from Bug Island had a fun premise. Escaping from bugs on an island? Sounds like fun! And that’s what really carries the game, I think. The game is foggy, dark, and uncolourful (although, whether that’s to cover up the vomit-worthy graphics I am unsure) which does provide a mysterious atmosphere. The game definitely provides mystery and tension as you always feel like something interesting is finally about to happen, but it never really does. That takes talent. To keep up that sense of illusion the whole time while you plod around in an effortlessly unsettling environment is something to be commended. Oh, and good choice to constantly have the soundscape buzzing with flies, really clever, since we’re on Bug Island and all. I get it.

For as much as I’ve shot this game down, I really do love it. It’s trash, B-grade horror that has no place in popular culture. And that’s why I like it. It’s not even a cult classic, no, it’s barely something that should be remembered. This game revels (although, I’m certain it’s not purposeful) in its campy and low-budget origins that are akin to the real gems of horror cinema. If you’re keen for a laugh and a half, and are keen to instill your own imagination onto a game clearly lacking it, I say go for it – the second half of the game once you fall into the black hole guarded by the giant fly is when things really start to pick up. One Cthulhu out of five. More to be read here.

Notes from the Last Drive-In: S4E3 – ‘The Little Girl Who Lives Down the Lane’ and ‘Housebound’