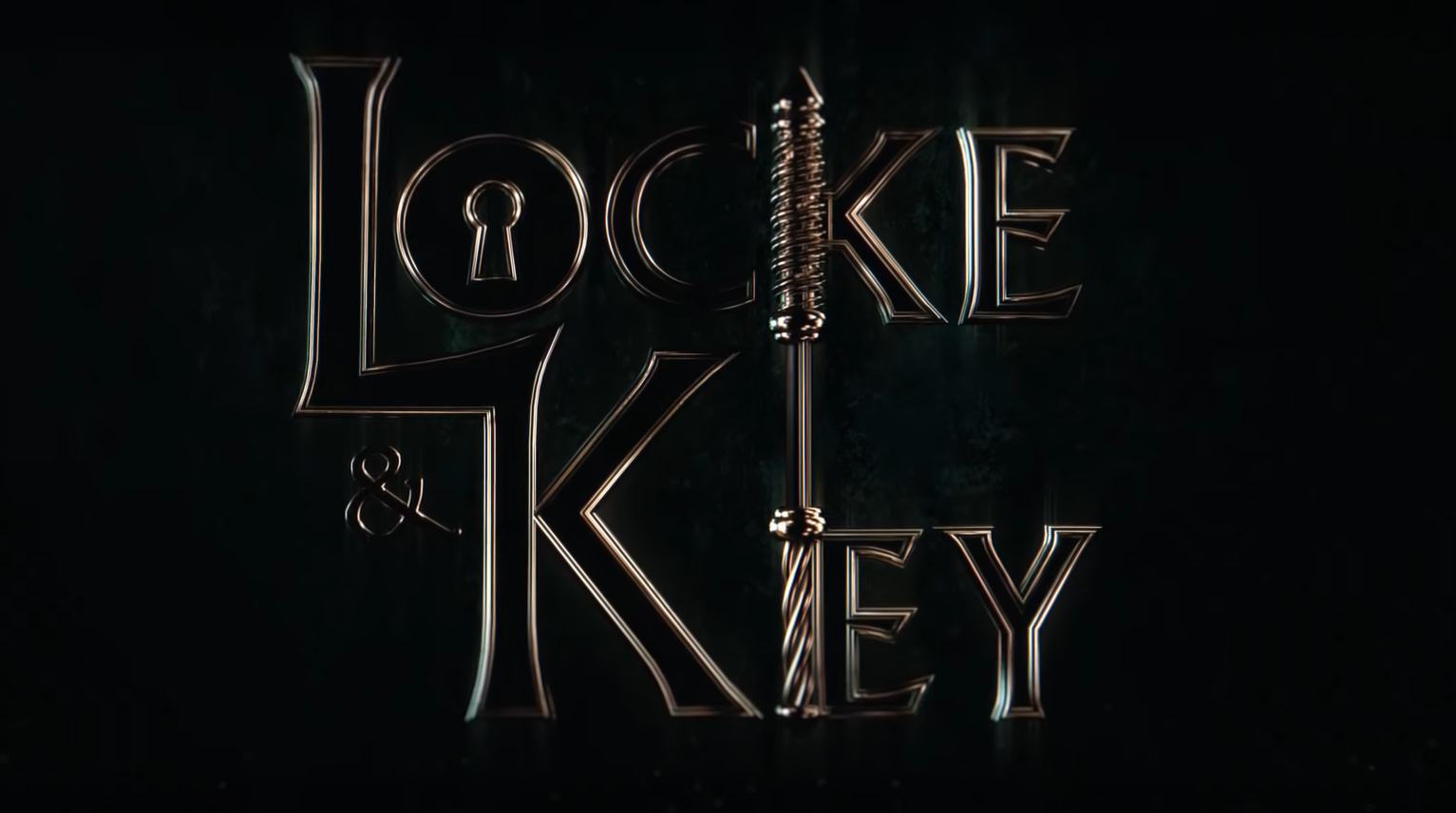 Locke & Key is a Netflix series based on the comic series of the same name originally released February 2008. Joe Hill, one of the original creators of the comic, executive produces the series. This series is a long time coming for fans of the comic series who saw a pilot fail to launch in 2010. There was also talk of a film trilogy that never got off the ground.

The episode starts with a man unknown to us getting a phone call. The call sets the man on a scramble through his home to expose a key. He stabs the key into his heart and sets off an explosion that destroys the house.

We join up with the Locke family three months after the preceding event on their cross country move. After the death of Rendall Locke, the father, the family is looking to make a new life in the old family homestead. They arrive in the town of Matheson at the family estate known as Keyhouse.

The family arrives at the house and Uncle Duncan, Rendall’s brother, greets them. Nina Locke, the mother of the family, questions the upkeep of the house to which Duncan states he’s been consistently neglectful. Duncan makes several remarks about reconsidering staying at Keyhouse and trying to sell it. Nina insists that this is the best situation the family has right now.

Through exploring the grounds, the youngest Locke who goes by Bode, discovers the well house. He begins shouting down the well and when he asks, “are you my echo?” a strange woman’s voice replies, “Yes!”

It is clear that the history of the Locke family has not escaped the school. Even in their own social groups the two oldest Locke children are asked about the death of their father.

The family members will each have their turn of flashbacks of visions to show the events of that day. Nina recalls when the boy, Sam, came asking about the secrets of Keyhouse, brandishing a gun at her husband. After taking a bullet to the leg herself, she watches as her husband dies to his own .

Tyler, in the flashback, watches from the locked front door as his father is shot. He sees Sam in a vision and he mocks Tyler saying, “this was all your fault.”

Kinsey, while watching a video with a small group of horror geeks, has her own flashback. She is hiding with Bode as her father is shot and the helplessness she feels.

Bode fails to heed the advice about not going in the well house again and returns to talk to Echo. She tells Bode about the various keys around the house and what powers they have. Echo tricks Bode into giving her a key that will let her travel anywhere and while the family deals with their trapped mother, Echo makes her escape.

We end the episode with Sam in a correction institute being told he has a visitor. He is lead to a meeting room where Echo is waiting for him. Sam leans in questioningly to which Echo replys, “I told you I’d come see you.”

As an establishing episode, Locke and Key Episode 1 set the stage a little too quickly. Characters like Kinsey and Tyler, who are typical teens, seem to lack a little more depth that would come with the death of a parent. Nina puts on a strong face in front of the kids but lacks the bigger emotions that surely haven’t subsided in 3 months.