Crime Zoom is a series of investigation games by Stéphane Anquetil where 1-6 players examine a scene and look through cards to try and solve a murder. My playtest groups and I tried the “Bird of Ill Omen” and the “His Last Card” scenarios. There’s a third scenario called “A Deadly Writer” but I haven’t been able to find a copy of it. We tried 2 different group combinations and player counts for each scenario so we could get a feel for how the game plays at different player counts without anyone going into a game with insider information.

The game consists of 55 cards and a rule book. One card is the setup card explaining how to set up the beginning scene. The Bird of Ill Omen’s introductory scene is made of 9 cards while the His Last Card scene is made of 15. The rest are numbered lead cards.

This is a nice box. It’s pretty small and not much bigger than it needs to be. You could probably have shaved a little space off, but the box is already so small that it’s not an issue.

The game takes up a surprising amount of table space. It’s not necessarily a bad thing, just something to keep in mind when setting up and deciding where to play.

The rules are simple. After you follow the directions on the setup card and flip it over, you’re ready to start investigating. You can flip over any card in the scene to look closer for evidence. If a card has a number on it, you can choose to search through the deck for the card with that number on it and read it. From there you follow the clues until you feel like you’ve solved the mystery.

This game is pretty short. The box lists the playtime around 60 minutes, but in some games we finished in as little as 45. This isn’t a bad thing, short experiences like this can be really nice, but some players might be looking for more.

Something to keep in mind is how often you’ll actually play this. An unavoidable issue with mystery games like this is that they tend to be single-use or rarely hit the table, depending on how good your memory is. Mine is garbage, so I can play these kinds of games a bit more often without spoiling myself, but this isn’t the case for everyone. When deciding whether to pick this up you should think about it more in terms of a one-off experience rather than a new board game to add to your collection.

The Bird of Ill Omen scenario references some fairly heavy subject matter. Yes, I know that sounds odd given this is a game about solving a murder, but hear me out. Homophobia is a recurring theme, and is listed in the investigation report as a possible motive. There are also some more specific plot elements regarding the murder that might hit a little too close to home for some people. The case is maybe a little too real and not really the kind of thing that screams “fun game night,” at least for me.

The Bird of Ill Omen scenario does have a much better epilogue than the other scenario, though. It’s made up of various newspaper headlines and blog posts, and overall formatted much better. His Last Card just has a short story of how the crime happened that is formatted very poorly. Dialogue is indicated by dashes at first, but then they just gave up and stopped indicating what was and wasn’t dialogue. There were also some very weird line breaks.

Visually, the His Last Card starting scene is very dark. A lot of the smaller details are very hard to see, which caused problems for both playgroups. Being able to see the details is important when deciding which cards you want to check for leads.

Scoring feels pointless, but I suppose that there otherwise wouldn’t really be much incentive to not just go through every card other than personal pride. I would argue in some ways it was a detriment to the experience. When the second group was playing the Bird of Ill Omen scenario, they were so focused on scoring points that they often refused to follow leads, slowing the game to a crawl. The Bird of Ill Omen’s Hall of Fame at the back of the book has a score for you to try and reach/beat, but His Last Card does not.

I give this 3.5 out of 5 cthulhus. Crime Zoom will definitely scratch a mystery-solving itch, but it’s not a very deep or long-lasting experience. You can check them out at the Amazon links below. Remember that we are an Amazon affiliate and if you purchase anything from the links provided we will get some $ back. 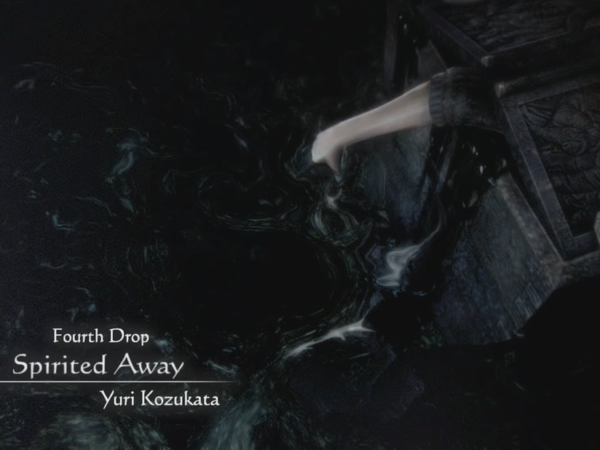 Love Is in the Air: a Valentine’s Day series by Jennifer Weigel