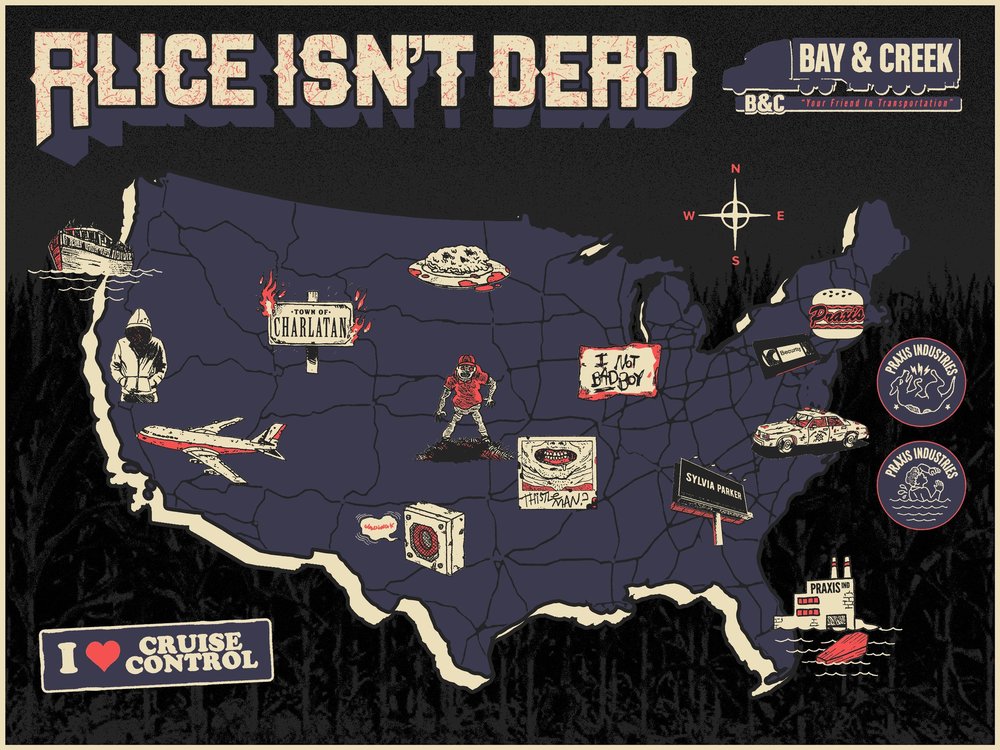 When things come in threes, the second part usually sucks. Trilogies, am I right? Part one is gripping, part three is the big pay off. Part two is a grind! I tend to think of the second part of any trilogy as the bridge movie. It’s just there to move the story along from part one to part three. Maybe the character gets some nifty new powers or toys. Maybe they make or lose friends. But as a standalone story, they leave much to be desired.

Which isn’t to say it wasn’t good. It was, in fact, just as good as part one. That’s what was so surprising.

To start with, I loved the addition of our new character, the nameless creature who works with the Thistle Men. She likes to dress up as a police officer. She’s smart, stealthy. She hunts and kills with intelligence that the Thistles lacked. And she’s hunting Kisha.

It’s nice that she has a goal because Kisha sort of doesn’t. She spends much of this season asking the wrong question. Why is she alive?

There are so many more fascinating things to ask than that. Like, who helped the Thistle man kill Sylvia’s mom? Who’s this person in a dark hoodie that keeps showing up around Kisha? Why is the false officer chasing her? And why is the government funding the Thistlemen?

Most of these questions are answered this season. Of course, they couldn’t all be answered, or there wouldn’t be a need for a third one.

We’re treated again to some beautiful stories. My favorite was the one about the rest stop monk, who took such great pride in keeping a rest stop in perfect condition. He made it into a monastery, and it was a thing of beauty.

The best episode by far, though, was Badwater. It jumps back and forth between Kisha and the false officer, showing them as they ride through a night and a rainstorm. It’s poetry, beautiful, flowing, haunting. I drank up every second of it.

Finally, though, this season left us with one big question.

I’m looking forward to listening to season three to find out. As this is the last season, I’m expecting it to be a hell of a ride.

Let’s Listen to Season Five of Tanis Together