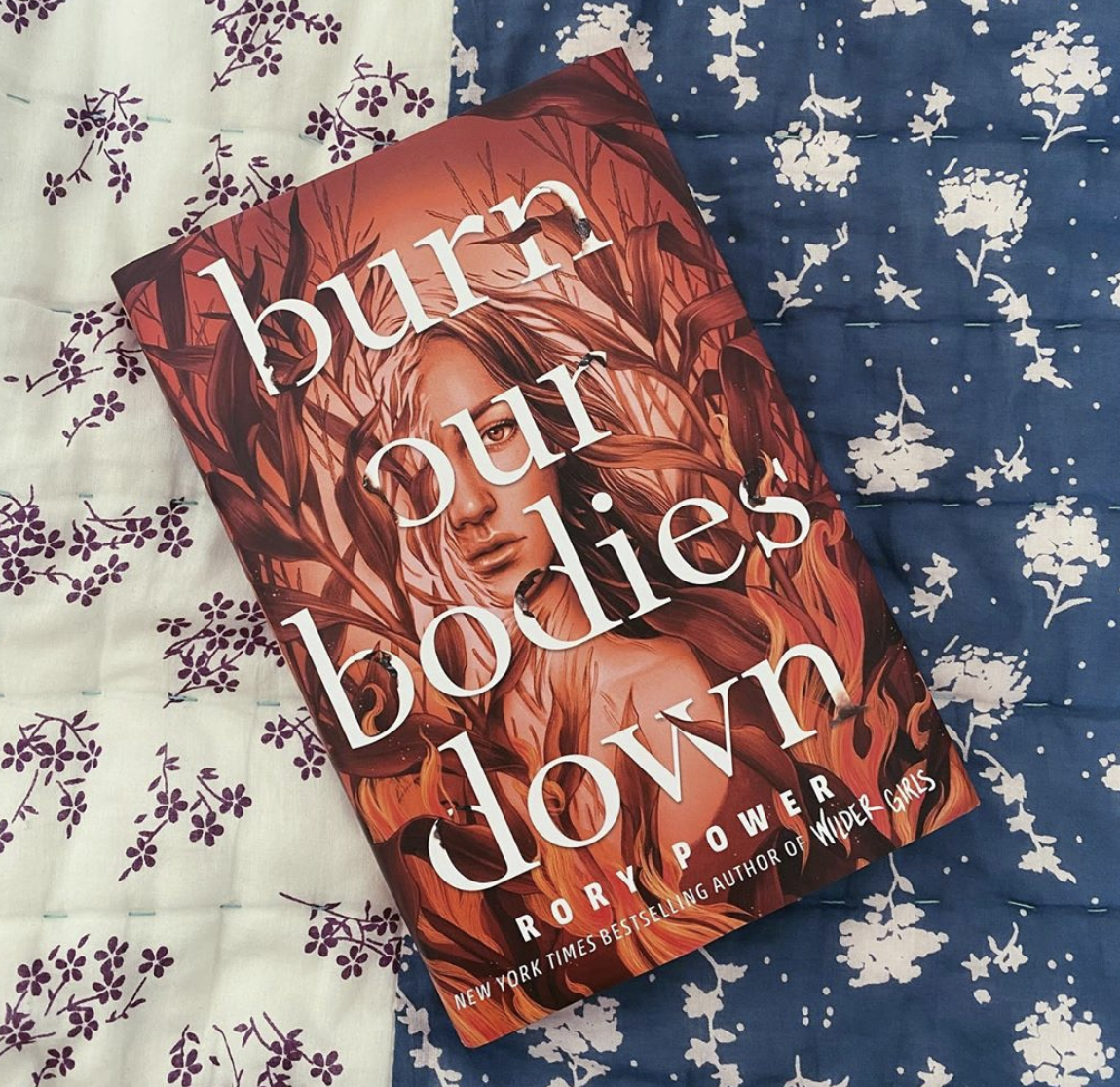 Burn Our Bodies Down: Beware the Corn

The one word I would use to describe Rory Power’s sophomore novel, Burn Our Bodies Down, is bizarre. There’s something about it that’s just…off. It’s like a Charlie Kaufman film. The sheer strangeness starts off small, but keeps growing as the story continues. By the end, I was dreading the book but unable to put it down. In short, it was exactly what horror is supposed to be. Based on the reviews I’ve been reading, it’s not a book for everyone. But if it works for you, it’ll shake you to your core.

I fully recommend going into this one blind. Seriously, don’t even read this next part.

Margot grew up under the thumb of her paranoid and overprotective mother, Josephine. Because of that, she has no friends and no life outside of the family. Despite that, Josephine refuses to tell Margot a single fact about their family history or her past. Frustrated and desperate to know where she came from, Margot looks inside Josephine’s Bible and finds the name of her maternal grandmother. Once she contacts her long-lost grandma, Margot decides she will go to Josephine’s hometown and solve the mystery of her past once and for all. But what she sees when she gets to Phalene is more twisted than she could have ever imagined.

There’s a reason why there are so many horror movies and books that take place in settings like Phalene: rural, remote, and surrounded by cornfields. There’s this sense of isolation that comes from being in the middle of nowhere combined with the claustrophobia of being in a field of corn with no way out. Burn Our Bodies Down definitely capitalizes on that to create a feeling of disorientation and fear. It seriously had one of the most disturbing moods I’ve ever read in a horror book, which is even wilder because it’s YA.

The plot, as with most of Power’s novels, was really compelling. I could not put this book down and read it in effectively one sitting. I won’t spoil anything, but the slow realization of what’s going on in the Nielsen family is so unsettling, it repeatedly made my skin crawl. Where this story works best is in exploring mother daughter relationships and abuse. Burn Our Bodies Down did a phenomenal job of exploring the impacts of emotional abuse and isolation, and how that cycle is often repeated.

No, as no book is. Wilder Girls wasn’t my favorite because that book felt like a fantastic buildup to a lackluster ending. I loved the ending of Burn Our Bodies Down, but the pacing was definitely off. I think the book would be a lot better if it spent more time developing the ending and continuing that feeling of slow dread throughout the back half of the novel. Another thing I think Power could have explored more was Margot herself being toxic to her friends. That would have really solidified the themes of the novel for me. Other than that, though, I adored this book.

Burn Our Bodies Down is a horrifying exploration of how people pass down trauma and abuse from generation to generation. The creepy cornfield town is just a lovely, trope-y bonus.

Related Topics:horror in print
Up Next

Song for the Unraveling of the World: A Book Review