Did you love May Cobb’s The Hunting Wives? Jeneva Rose has a treat for you in her newest cosmopolitan thriller One of Us is Dead, releasing tomorrow on April 26.

The women of Buckhead in Atlanta, Georgia are wealthy, high-powered, and cut-throat. Jenny is the owner of the elite salon that all of the high-powered women have memberships with and she is privy to much of the drama and deception that goes on. Jenny knows who is having an affair and the who hates who of the moment.

The novel alternates five perspectives: Jenny, Crystal, Shannon, Olivia, and Karen. Shannon used to be married to Bryce, but now Crystal is his new wife. Chaos ensues when Shannon tries to win Bryce back. Olivia is a catty woman ready to engage in drama with anyone and no husband is off-limits. Karen is the most down-to-earth of Jenny’s clients, but has secrets of her own. The reader follows these five women as secrets are uncovered. We flash into the past but we are also with Jenny in the present as she is interviewed by a detective – someone is dead and he wants to know who did it.

One of Us is Dead is a mash-up of texts like Big Little Lies and The Hunting Wives. Fans of domestic thrillers will absolutely fall for this new release. It is a quick, engaging read that had me wanting to know more. Who is dead? Who did it? Why?

The writing style was simple, but led the reader from page to page. I was intrigued, invested, and in the end – very surprised. One of Us is Dead will rise into the ranks as one of the best domestic thrillers of the year.

If you want to race to the bookshelf and pick this one up, click below. 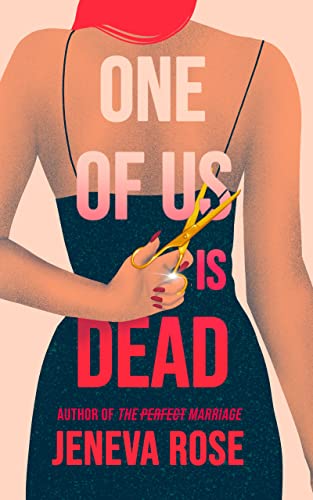 One of Us Is Dead (Kindle Edition)

How the House Becomes Haunted: Simone St. James’ “The Book of Cold Cases”

Brutality and Ghost Stories: The Hunger Games Prequel “The Ballad of Songbirds and Snakes”