If you’ve read the title of this article, then you know how Gideon the Ninth by Tamsyn Muir was marketed. Believe me, I had no problem with it. I put this book on my TBR basically as soon as I read that description. It started out pretty straightforward: Gideon and Harrow are the last remaining young people of the Ninth House, a dead planet in an unsteady alliance with the eight other “houses,” and the two ladies must meet up with the representatives of the other planets to discuss the future. Then, out of nowhere, the book turned into a murder mystery, then a body horror, then a dark fantasy. Basically, like its characters, Gideon the Ninth defies any categorization.

Hold up. You said necromancers? In space?

Ah, yes. I left this out of my description. Every planet, or “house,” has a chosen necromancer (in the Ninth House’s case, Harrow) who a cavalier (Gideon) must defend. Using death to do magic is a throughline for the entire book, and it leads to some pretty fantastic horror moments. Because of this, Gideon the Ninth straddles the line between horror, science fiction, and fantasy. It really pushes the genre to new places, which is a reason why I love it.

Another reason this book really worked for me was the characters. Harrow, the space princess slash necromancer, starts off really closed-off and unlikeable but becomes way more vulnerable and complex as the story goes on. Gideon is like a foul-mouthed, fun, Dungeons and Dragons character that is thrown into serious, stately matters. The dynamic between these two main characters is so compelling to read about, and for that alone, the book is worth reading.

There’s a reason that this book has been getting a lot of hype. Aside from being extremely unique and creepy, it’s also extremely well-written and a great character study. While the world is hard to get into and the worldbuilding is confusing, by the end, I had fallen in love. Gideon the Ninth is a fantastic book for people looking to get into the darker side of science fiction. Plus, the sequel comes out this summer, so we’ll get to spend even more time in the world. 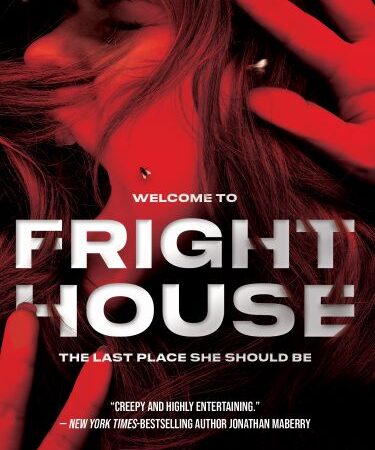